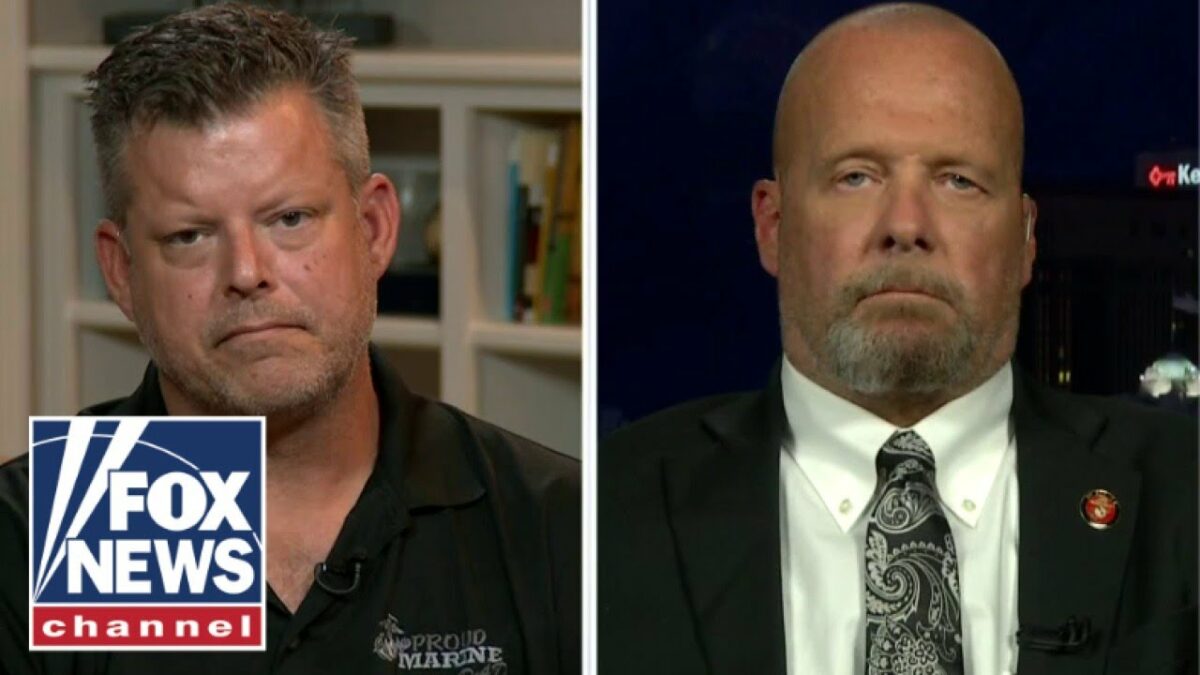 The following article, Father of Marine Killed in Kabul Calls Biden's Behavior at Ceremony 'The Most Disrespectful Thing I'd Ever Seen', was first published on Flag And Cross.

Family members of some of the 13 U.S. servicemen and women killed in Kabul last week denounced President Joe Biden’s behavior Sunday during a dignified transfer ceremony that brought the remains of the Americans home.

While the president and first lady Jill Biden were participating in the solemn ceremony at Dover Air Force Base in Delaware, he appeared to look down to check his watch.

Looks like he was being inconvenienced by having to show some respect for these American Heros. https://t.co/omAs3CIqjj

During an interview Monday night on the Fox News show “Hannity,” Mark Schmitz — the father of Marine Jared Schmitz, 20, who was among those killed in the terrorist bombing on Thursday — was asked by host Sean Hannity if he had seen Biden doing that during the ceremony.

“Yes, I did,” Schmitz said. “I actually leaned into my son’s mother’s ear and I said, ‘I swear to God if he checks his watch one more time’ — and that was only probably four times in. I couldn’t look at him anymore after that.

“Just considering especially the time and why we were there, I found it to be the most disrespectful thing I’d ever seen.”

Hoover said he could not meet with Biden.

“As a father, you know, seeing that and the disrespect, and hearing from [his son’s] former leaders, one of his master sergeants said … that this was avoidable, that they left them over there: They had them over there and let them down, and that — we can’t have that. It can’t happen ever again,” he said.

Schmitz said he did not initially plan to meet with Biden, but he felt it was a duty he owed to his son. But Biden talked more about the loss of his own son, Beau, than anything else, Schmitz said.

Beau Biden died of cancer at the age of 46 after serving in Iraq as a judge advocate general.

“Initially, I wasn’t going to meet with him,” Schmitz said. “But then I felt I owed it to my son to at least have some words with him about how I felt — and it didn’t go well.”

“He talked a bit more about his own son than he did my son, and that didn’t sit well with me,” he said.

Jiennah McCollum, the Marine’s pregnant wife, met with the president, then relayed what he said to others who refused to meet with him, Rylee McCollum’s sister, Roice, told The Washington Post.

Roice McCollum said Biden talked about his son, summing up the conversation as following a script and devoid of feeling.

She said the conversation had a “total disregard to the loss of our Marine.”

“You can’t f— up as bad as he did and say you’re sorry,” she said. “This did not need to happen, and every life is on his hands.”

Continue reading: Father of Marine Killed in Kabul Calls Biden's Behavior at Ceremony 'The Most Disrespectful Thing I'd Ever Seen' ...