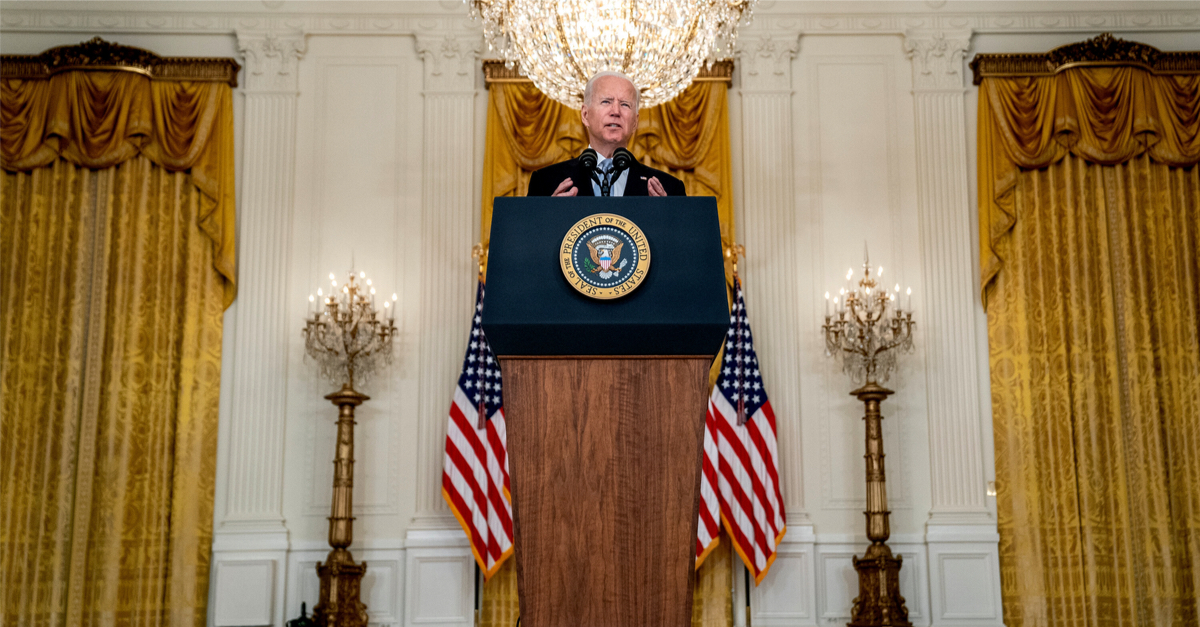 The following article, Biden Takes Blame for Afghanistan, Appearing Annoyed in Over-Acted Remarks, was first published on Flag And Cross.

Today, US President Joe Biden stood behind a lectern and lashed out at the inquisitive Americans who wanted to know why did it have to be this way when it comes to Afghanistan.

It was his decision to expedite the US troop withdrawal that prompted a hasty takeover by the Taliban terror organization, which, in turn, was the first domino to fall in an ever-cascading cluster of calamity.  Now there are Americans stranded in Kabul, who may or may not be getting out anytime soon, with the aforementioned Taliban now going door to door executing people.

In his remarks on Tuesday, the President seemed annoyed to be taking heat over the catastrophe.

“We were ready,” Biden said, referring to the quick collapse of Afghanistan to the Taliban, noting that Afghan security forces “did not hold on as long as we expected.” Biden’s comments, though, conflicted with the Joint Chiefs of Staff Chairman Gen. Mark Milley, who said there was no intelligence that the Afghan government would collapse so soon.

“Let me be clear,” Biden said. “Leaving August 31 is not due to an arbitrary deadline. It was designed to save American lives.”

Then came a dig at the former guy.

Biden then shifted, saying his “predecessor signed an agreement with the Taliban to leave by May 1,” adding that by the time he took office in January, the Taliban “was in its strongest military position since 2001.”

Biden’s tone was predictable and milquetoast, both.  He would raise his voice as if he just saw a note on the teleprompter reminding him to ratchet it up, adding emphasis to the end of several sentences that sounded like they would be filler at the start.

And at no time did Biden recognize the sacrifice and the work of the Afghan people, who will almost certainly characterize this speech as one of the most selfish Biden has ever made.