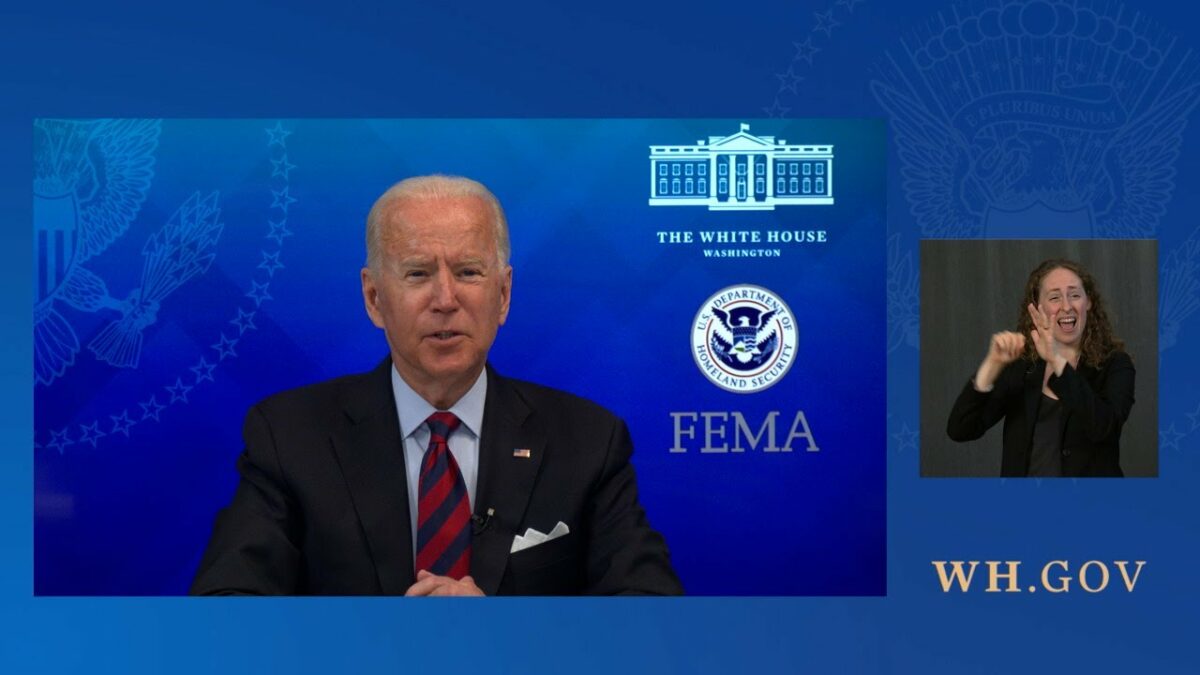 The following article, Biden Sounds Like He Has a Bout of Dementia When Trying to Talk: 'I'm Here, Uh, Uh, Uh, Eh', was first published on Flag And Cross.

I don’t know about you, but this week, there are three major concerns I have with the state of our country.

First, the Biden administration’s disastrous and shameful withdrawal from Afghanistan, which resulted in the senseless loss of American and Afghan life in a horrific situation and has now left hundreds of our civilians and millions of dollars in U.S. gear at the mercy of the Taliban.

Second, the Gulf Coast has been hammered by Hurricane Ida, which caused significant damage, claimed at least four lives and left substantial damage in its wake.

Third, our president consistently displays concerning indications that his cognitive health is on the decline, and he’s the one who we’re supposed to be able to reply upon to lead our country amid such crises.

There are times that Joe Biden’s unsettlingly frequent senior moments have appeared humorous, or perhaps infuriating, to those who did not support his candidacy.

However, the last two weeks have changed things as we’ve watched his ability to strongly lead our nation in the most critical times appear to crumble completely under pressure.

So to witness yet another incident of apparent disorientation and forgetfulness on the part of the commander-in-chief who oversaw the disgraceful and deadly withdrawal of American troops from Afghanistan, leaving a wicked regime well-equipped with a treasure trove of our equipment that it’s now apparently using to hang people — it’s too much.

This has gone too far.

I did not sit through four years of spurious questions as to then-President Donald Trump’s mental fitness for office just to stand by quietly while his successor routinely displays potential symptoms of dementia and those same amateur diagnosticians sit contentedly by.

I might even concede that Trump was entirely off his rocker while in office if only we’d all speak plainly about what’s going on with Joe.

At the start of a televised virtual meeting with key leaders involved in Hurricane Ida response and relief on Monday morning, the 78-year-old president found himself terribly tongue-tied when he was faced with the arduous task of remembering the name of his FEMA director, Deanne Criswell.

Full disclosure: I am not a medical professional, and if I were, I still would not be able to make a diagnosis for a patient I had not personally examined, so I cannot attest to whether this is dementia. But we must admit this behavior is certainly consistent with a long train of incidents suggesting, at the very least, the president is displaying signs of cognitive decline.

Either way, it’s glaringly conspicuous. You see, the president did forget Criswell’s name just last week when addressing the nation on Afghanistan and the then-incoming storm, and he only seemed to have been slightly more prepared to recall it this time around.

Biden, who has frequently indicated he’s given direction on who to talk to and how many questions to answer while speaking to the press, appears to be herded around by his handlers and mixes up the names of entirely different countries and different foreign leaders, also has a history of completely forgetting the names of the people he has selected to work in his administration.

In one of the most painful examples, Biden flat-out blanked on what the Pentagon was called, what the secretary of defense was called and the name of the person he had appointed to the job entirely in one go while giving remarks early on in his presidency.

Consider that this is the man who was calling the shots over the last two horrific weeks amid our precarious and chaotic withdrawal from the 20-year Afghan war — someone who might not even be able to keep his Cabinet officials or military leaders straight.

All this raises the question — who on earth is running our country?

Continue reading: Biden Sounds Like He Has a Bout of Dementia When Trying to Talk: 'I'm Here, Uh, Uh, Uh, Eh' ...