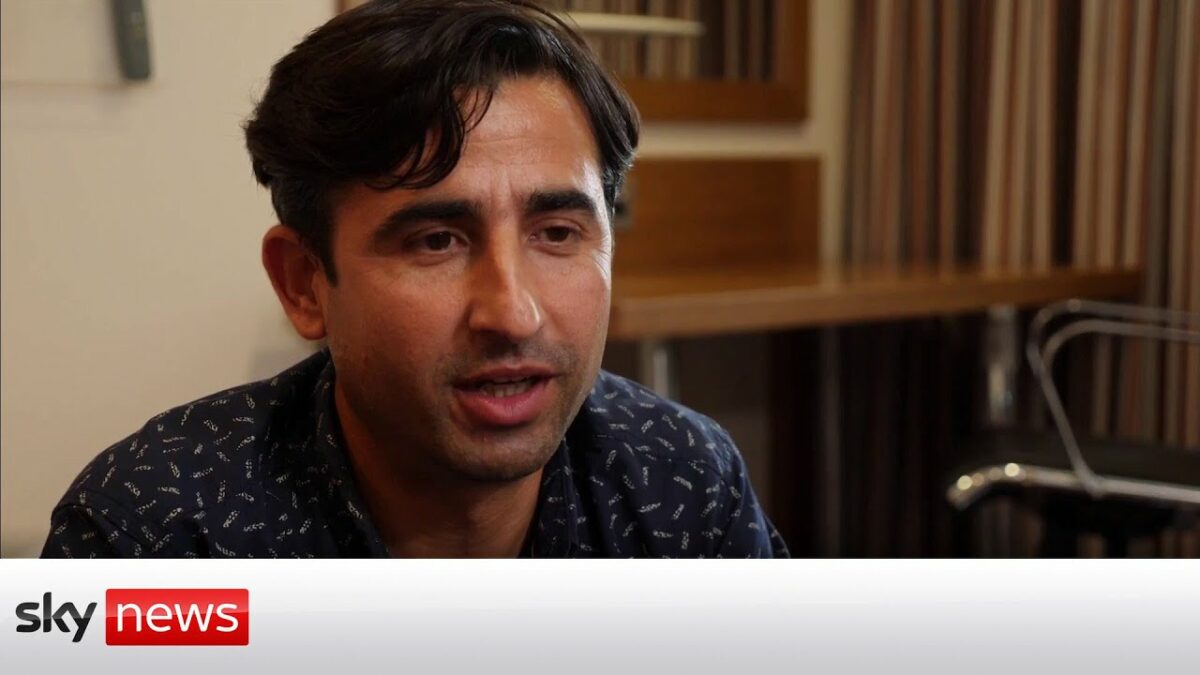 The following article, Biden Negotiated with Child-Killing Taliban as US Troops Frantically Tried to Save Afghan Newborns, was first published on Flag And Cross.

U.S. forces in Afghanistan completed their Biden-led withdrawal from the region on Monday, leaving carnage in their wake.

Left vulnerable to attacks from ISIS-K amid the evacuation effort, U.S. forces were forced to work alongside the Taliban despite the terrorist organization’s well-documented brutality in the region.

As the two unlikely partners worked together to complete the U.S. military’s exit, the extremists continued to terrorize the local population. Many Afghans, horrified by the prospect of living under Taliban rule, went to incredible lengths to help their children escape the region.

Likely the most sickening example of this was when, in a stunning display of desperation, Afghan parents were seen passing their newborn infants over the tall fences lined with concertina wire surrounding the Kabul airport (controlled by U.S. forces at the time), in some cases begging American and British soldiers to save their children.

According to one source who spoke to The Western Journal from on the ground in Kabul, not all the infants made it over.

LOOK: This image made available to AFP on August 20, 2021 by Omar Haidiri, shows a US Marine grabbing an infant over a fence of barbed wire during an evacuation at Hamid Karzai International Airport in Kabul on August 19, 2021. (Omar HAIDIRI / Courtesy of Omar Haidiri / AFP) pic.twitter.com/TpTc1Eb4Nk

“It’s more dangerous than anyone could imagine, and it’s more horrific. War is hell, and you know, we’ve been at war for 20 years. And I’m happy that these wars are winding down, but this was something else entirely,” U.S. Army special forces master sergeant and former UFC fighter Tim Kennedy told The Western Journal.

After witnessing the crisis in Kabul, Kennedy was compelled to take action.

Promptly thereafter, he joined a nongovernmental organization called Save Our Allies, which sent Kennedy to Kabul to aid in the evacuation effort.

According to Kennedy, the horrors going on in Kabul are “something totally different” and “something I had never seen.”

“You know, babies being floated like an inflatable ball at a football game to the front of the crowd because the parents hoped that a soldier would reach down and pick up that baby. Sometimes, the children could make it. Sometimes, the baby would end up in the concertina wire,” Kennedy said.

Kennedy further noted that those on the ground at Kabul were trying to evacuate the infants who made it via UNICEF and the U.S. State Department, but the situation got “messy.”

Shameless parents are handing over their infants so that they can somehow get out of the country.#Jalalabad #Afghanishtan #Taliban #Muharram #Afghan #Kabul pic.twitter.com/CcnwELCKqJ

Afghans at the airport passing their infants over the barricade to American soldiers pic.twitter.com/IdG6qFOvnZ

Also, multiple U.S. servicemen and women have been seen nursing and attending to young infants — although these could belong to refugees who were already within the Kabul airport.

Wanted to take a minute to post some pictures you may not have seen from Afghanistan this week. U.S. Marines going beyond the mission by calming infants and playing with Afghan children as they and their families wait at the airport to leave the country.

These incidents were not experienced by U.S. servicemen alone.

According to the U.K.’s Sky News, Afghan mothers pleaded with British soldiers in the exact same fashion, in some cases throwing their infants over razor-wire fences into British custody.

“It was terrible. Women were throwing their babies over the razor wire, asking the soldiers to take them, some got caught in the wire,” a senior officer told Sky News. “I’m worried for my men. I’m counseling some. Everyone cried last night.”

An officer of the British Parachute Regiment shared similar experiences in an interview with the Independent.

“The mothers were desperate, they were getting beaten by the Taliban. They shouted, ‘save my baby,’ and threw the babies at us. Some of the babies fell on the barbed wire. It was awful what happened. By the end of the night there wasn’t one man among us who was not crying,” he said.

A Marine assigned to the 24th Marine Expeditionary Unit helping to take care of an infant during the evacuation at Hamid Karzai International Airport.

Those mothers had good reason to fear for their infants’ safety, given the Taliban’s reputation for killing children.

The terrorist regime’s violence against children began ramping up weeks prior to the American withdrawal effort.

As of Aug. 9, as many as 27 children had been reported killed as the Taliban continued its assault on the Afghan government, according to UNICEF. Following the terrorist group’s takeover amid the withdrawal effort, women, the elderly and even children became targets of vicious beatings on the ground, one former contractor told Fox News.

“There was kids women, babies, old women, they could barely walk. They were very very bad situation, I’m telling you,” he told Fox News. “At the end, I was thinking that there was like 10,000 or more than 10,000 people and they’re running into the airport.”

“The Taliban [were] beating people and the people were jumping from the fence, the concertina wire, and also the wall,” he said.

The terrorist group has also been known to murder the children of Afghans who cooperate with Western forces.

One such Afghan man, an interpreter, revealed to Sky News that back in 2018, Taliban forces murdered his infant son as punishment for cooperating with the West.

Likely due to the unprecedentedly speedy nature of the withdrawal effort, the Biden administration was forced to work alongside the Taliban during the evacuation despite the group’s history of barbaric violence, given that many troops and American citizens had been left exposed to ISIS-K terror attacks.

In the end, Biden held to the Aug. 31 evacuation deadline after the Taliban “insist[ed] the airlift must end” by that day, as The Associated Press reported.

In Kennedy’s opinion, working with the Taliban was a huge mistake.

“Watching the Taliban do the horrific acts that they do, and that they will continue to do, especially when there’s less cameras there and there’s less eyes of the world on the violent actions that they take against people, especially women and marginalized groups … it was the stuff of nightmares,” he told The Western Journal.

“There’s no rational, logical person that has ever worked in any capacity in Afghanistan that is going to have an iota of rational thought that negotiating or working with the Taliban is possible.”

Biden did note, however, that “no one trusts them.”

With the U.S. military withdrawal complete, Taliban forces are free to continue business as usual in Afghanistan as they establish their own nation of terror, death and oppression.

Continue reading: Biden Negotiated with Child-Killing Taliban as US Troops Frantically Tried to Save Afghan Newborns ...