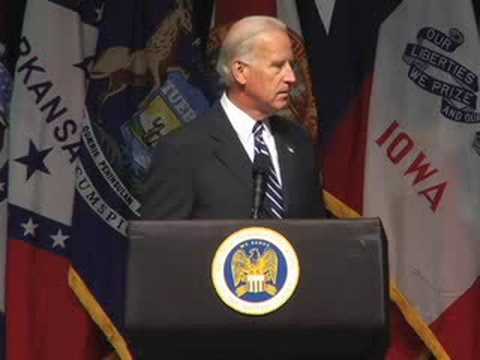 The following article, Biden Leaves Behind Afghan Interpreter Who Rescued Him from Snowy Afghanistan Valley in 2008, was first published on Flag And Cross.

Throughout his long political career, President Joe Biden has interacted with countless people both at home and abroad. It would be impossible to remember each and every one of them, especially given his declining cognitive abilities.

However, you would think that a man who rescued him from a snowy valley 13 years ago might stick in his mind. If Biden does remember, his actions certainly don’t show it.

According to The Wall Street Journal, an Afghan interpreter named Mohammed assisted in the rescue of then-Sens. Joe Biden, Chuck Hagel and John Kerry in February 2008. Now Biden has stranded him in Afghanistan.

Mohammed, his wife and his four children have been trying unsuccessfully for years to safely leave the country.

When the last United States plane left Afghanistan on Monday, he and his family were left behind.

The family is now hiding from the Taliban as they hope to be rescued even after the U.S. effectively handed the country over to the radical extremist group.

“Hello Mr. President: Save me and my family,” Mohammed, who did not use his full name due to safety concerns, told The Wall Street Journal. “Don’t forget me here.”

Mohammed was 36 years old in 2008 and was working as an interpreter for the U.S. Army. During a trip to Afghanistan that year, two Black Hawk helicopters carrying Biden, Kerry and Hagel were forced to make an emergency landing due to a severe snowstorm.

“As a private security team with the former firm Blackwater and U.S. Army soldiers monitored for any nearby Taliban fighters, the crew sent out an urgent call for help,” The Wall Street Journal reported.

“At Bagram Air Field, Mohammed jumped in a Humvee with a Quick Reaction Force from the Arizona National Guard working with the 82nd Airborne Division and drove hours into the nearby mountains to rescue them.”

Thanks to Mohammed, the three U.S. senators escaped. One of them is now the president of the United States, and another serves in his administration. But when it came time for the American politicians to return the favor, they failed to do so.

Mohammed was trying to get out of Afghanistan well before the Taliban takeover. According to The Wall Street Journal, he originally applied for a special immigrant visa in June.

“His selfless service to our military men and women is just the kind of service I wish more Americans displayed,” Lt. Col. Andrew R. Till wrote in support of Mohammed at the time.

However, when the defense contractor who employed Mohammed lost necessary records, Mohammed’s visa application became one of many stuck in limbo.

Once the Taliban took over, Mohammed made his way to the Kabul airport to try to escape that way. U.S. forces then told him he could be allowed in the airport, but his wife and children could not.

“If you can only help one Afghan, choose [Mohammed],” said Shawn O’Brien, an Army combat veteran who served with him in 2008. “He earned it.”

Biden himself has attempted to use the 2008 incident as a political talking point.

“Come back to the area where my helicopter was forced down … in the middle of those mountains. I can tell you where they are.”

While Biden did not hesitate to reference the incident for political gain, he has conveniently forgotten about one of his rescuers in that hero’s darkest hour. It’s just another example of the utter lack of compassion in Biden’s heart.

Continue reading: Biden Leaves Behind Afghan Interpreter Who Rescued Him from Snowy Afghanistan Valley in 2008 ...