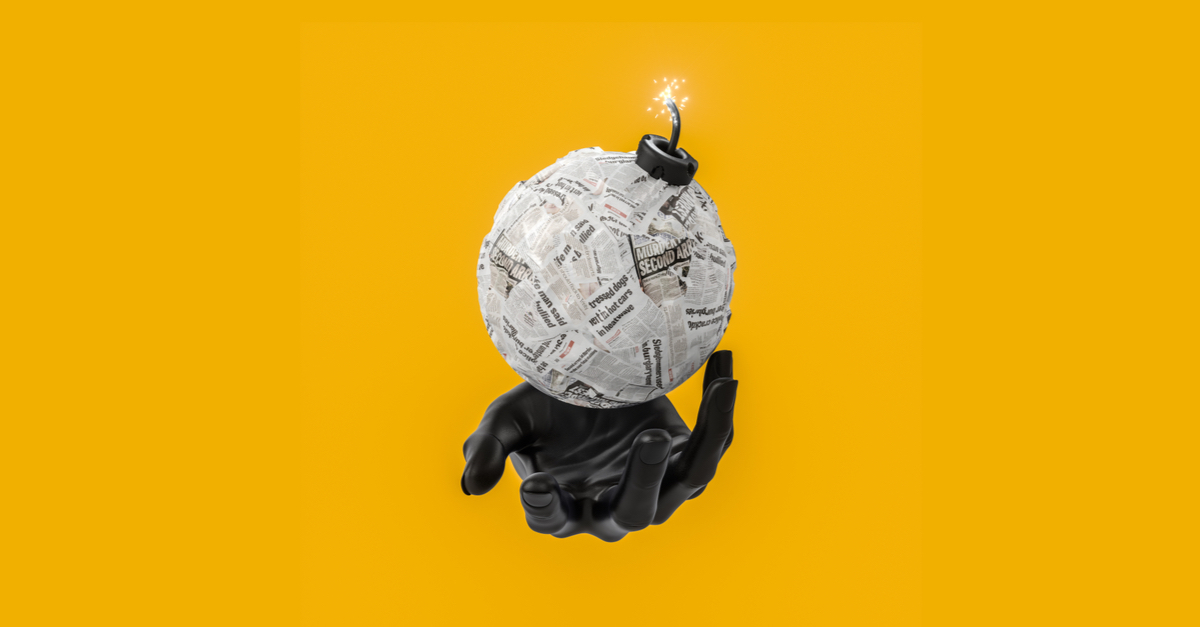 The following article, The Weird and Woeful World of American ‘Journalism’, was first published on Flag And Cross.

“Progressive” journalists (an oxymoron) are at a loss on how to continue to prop up Joe Biden and his administration after the the historic blunders in Afghanistan and considering the extreme damage done in U.S. relations with NATo members.

Now, suppose that you are a graduate student majoring in journalism, enrolled in one of the premier programs in the U.S., such as Northwestern University, Washington and Lee University, Emerson College, the University of Missouri at Columbia, or some other top-ranking school. You will finish your studies soon, and heck you could even be reporting on Biden within months.

Since the second grade, you’ve been indoctrinated by Left-leaning teachers. During your undergraduate years in college, you were further indoctrinated. Still, once you earn your master’’s degree, you seek to be as objective as possible in your reporting. You acknowledge that most stories contain at least two angles and you will peruse the unexplored territory that most industry professionals seem to continually ‘overlook.’

All Sides of the Issue?

Graduation day finally arrives, and you’ve landed a job at a noteworthy media outlet, either in television, newspapers, or magazines or on the internet. Your initial assignments as a ‘cub’ reporter involve routine and mundane local events. However, after a short time on the job, you’re elevated to statewide news reporting, and then to political reporting.

You intend to fully cover all sides of the first issue you’ve been assigned, but guess what? Your editor discusses how this and other articles will play out. In other words, you are told the conclusion before you even begin your assignments. The conclusions invariably are ‘the Right is bad,’ and ‘the Left is good.’ Your assignments are to accent the Left’s point of view and to disparage the Right.

Now you’re thinking, “Okay it’s not always going to be like this. Certainly, some issues merit a balanced perspective.” As time marches on, you realize it’s never going to be that way.

As practiced today, ‘journalism’ from most media outlets is actually advocacy journalism for Leftist viewpoints. As such, the 2020 summer riots were not really riots, if your organization reported on them at all. What about Hunter Biden’s incriminating laptop? It is ‘Russian disinformation.’

The contentious election of 2020? Be serious! Top officials said it was the cleanest election in U.S. history, and who are we to dig further, despite +2500 affidavits from eyewitnesses in the trenches, who fully documented the vast criminality that transpired? As for Joe Biden’s ever-advancing dementia? In ‘Leftist world,’ it simply does not exist, until, of course, substantial benefits emerge for replacing him. Then, coverage of Biden’s mental decline will be plastered all over creation.

As time passes, your personal quest for objectivity becomes a fleeting thought. You are now a staunch, well-paid advocacy journalist, doing your part for the cause! Any news item or issue to which you’ve been assigned is reported one way, and one way only, and the conclusion is predetermined.

Suppose you’re one of the few, however, who realize that ‘American Pravda’ journalism is no better than Soviet Pravda, and in many respects, far worse. In the old Soviet Union, readers knew that state-controlled ‘journalists’ were lying to them. In the U.S., legions of readers of Leftist-bent organizations such as The New York Times and The Washington Post sincerely believe that they’re being offered a balanced perspective.

Only a Few Can Emerge

The sad reality is that few can emulate a Sharyl Attkisson, Bernie Goldberg, or Lara Logan. Each was a mainstream journalist who could no longer tolerate the hypocrisy, the lies, and the outright slander. Legions of others tried to break from the pack, but couldn’t make a living on their own. As such, most ‘journalists’ are indentured servants of the Leftist mindset, who never successfully breakaway, unless they decide to scrap it all, and enter some other profession.

When you hear buffoons like Joe Scarborough, or Jonathan Karl, or even Leslie Stahl or Andrea Mitchell, consider that they might not have always been shills for Leftist ideology. Once, they likely aspired to be objective, fair-minded, and unbiased in their reporting. Lured by elevated job titles and rising wages and benefits, they succumbed. Now, each has long labored under corporate edicts and can no longer differentiate between truth and their organization’s non-stop propaganda.

Each of them could probably pass a lie detector about their commitment to ‘fair’ and ‘accurate’ reporting. So, for five years running, we are fed bogus reports about a Trump / Russia connection, of which there is none. We then endure phony impeachment proceedings, the first initiated as a result of one single anonymous whistleblower, which is the most that the Left generally musters. Now we encounter endless stories about Biden’s political acumen….  Oh, please.

The Twilight Zone of Objective Reporting

What a world, as some of the most respected names in ‘journalism’ are mere puppets to the organizational regimes which pay them! They offer a Twilight Zone rendition of what’s occurring in the world. And each of us is supposed to accept this rendition, despite a plethora of evidence to the contrary.

Continue reading: The Weird and Woeful World of American ‘Journalism’ ...