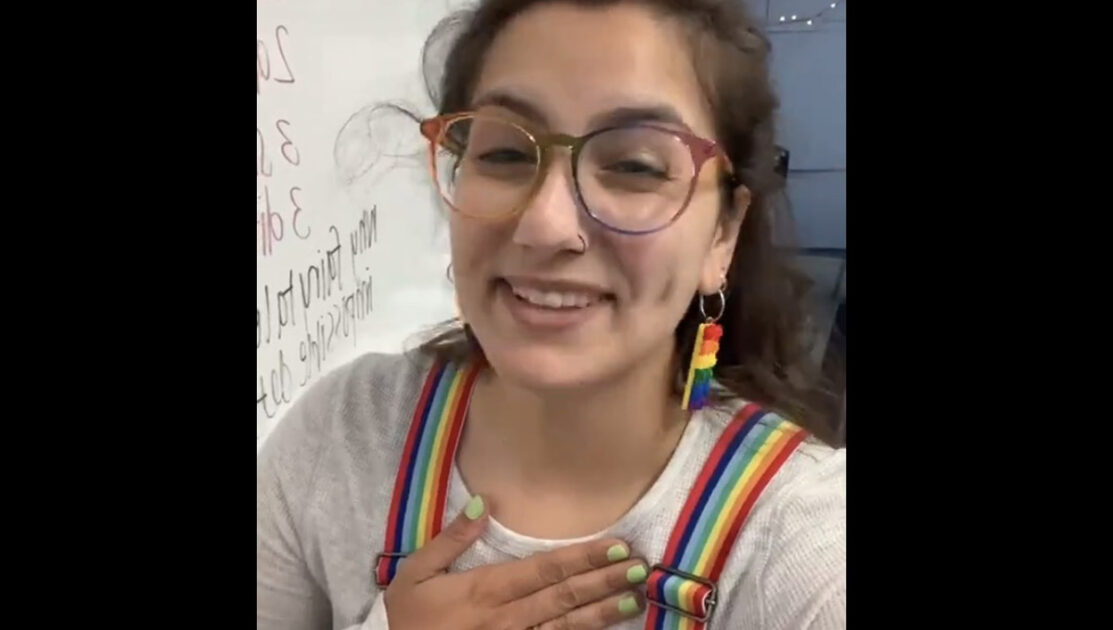 The following article, Teacher Laughs About Destroying U.S. Flag, Telling Students to ‘Pledge Allegiance to Gays’, was first published on Flag And Cross.

A California public school teacher is going viral for posting a gleeful video saying she destroyed the American flag in her classroom and told student to pledge allegiance to gays.

“So, my class decided to stand but not say the words. Totally fine,” she added.

“Except for the fact that my room does not have a flag,” she said giggling like a 12-year-old. She then explained that she removed the flag during the pandemic and then whispered to the camera, “because it made me uncomfortable.”

Then she said she tells kids to face the gay pride flag she hung up and tells them to pledge to gays.

“In the meantime, I tell this kid, ‘We do have a flag in the class that you can pledge your allegiance to. And he like, looks around and goes, ‘Oh, that one?'” and points to the pride flag.

She shows off all the pride flags in her classroom and says “I pledge allegiance to the queers” pic.twitter.com/eQXe1OfPoW

Since Fox News reported on the story, the school district announced they were looking into the incident but would not say anything more.

This woman is clearly mentally unfit to be a teacher and seems barely more mature than a teenager herself.

Pitzen has since deleted the videos from her TikTok account at which she identifies as bisexual.

This is the disgusting, anti-American propaganda that your kids are being exposed to in your local public schools, America. Don’t for a second imagine that nuts like Pitzen are isolated to whacked out, far-left California. These kind of leftist propagandists are in every single public school in America.

Sent her to Afghanistan as a hostage swap. They will fix her in a few minutes.