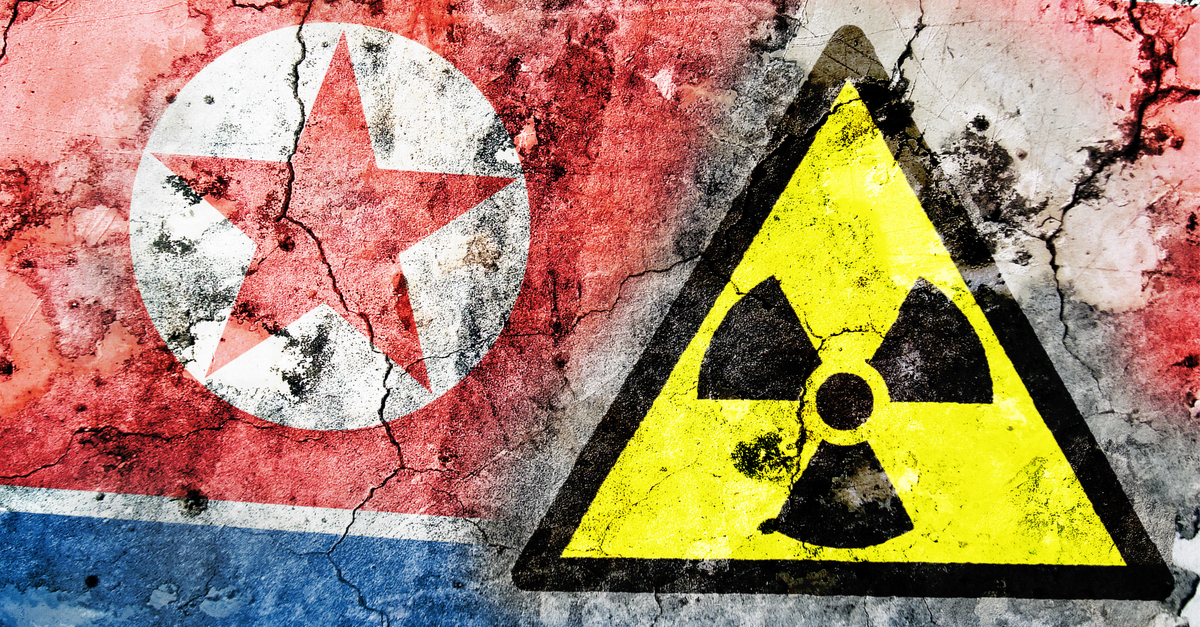 During the Trump presidency, there were plenty of events that we would have considered unprecedented, or perhaps even shocking, and the work that the Commander in Chief was willing to do with North Korea certainly falls into that category.

Trump is a master negotiator, after all, so who better to attempt to crack the dainty despot Kim Jong Un?

The Don wasn’t ultimately successful in stopping Kim from being a menace on the world’s stage, but he did push back on North Korea’s aggressive ambitions, as well as make the first US diplomatic trip to the DPRK since its inception.

But now that Joe Biden’s in office, it appears as though the dynastic dictatorship is back to its old tricks.

North Korea appears to have restarted the operation of its main nuclear reactor used to produce weapons fuels, the U.N. atomic agency said, as the North openly threatens to enlarge its nuclear arsenal amid long-dormant nuclear diplomacy with the United States.

The annual report by the International Atomic Energy Agency refers to a 5-megawatt reactor at the North’s main nuclear complex in Yongbyon, north of Pyongyang. The reactor produces plutonium, one of the two key ingredients used to build nuclear weapons along with highly enriched uranium.

The news did not come lightly, either.

“Since early July 2021, there have been indications, including the discharge of cooling water, consistent with the operation of the reactor,” said the IAEA report dated Friday.

The report said there were indications of the operation of Yongbyon’s radiochemical laboratory from mid-February to early July this year. It said this period of operation is consistent with previous reprocessing campaigns announced by North Korea of irradiated fuel discharged from the reactor. The laboratory is a facility where plutonium is extracted by reprocessing spent fuel rods removed from reactors.

“(North Korea’s) nuclear activities continue to be a cause for serious concern. Furthermore, the new indications of the operation of the 5-megawatt reactor and the radiochemical laboratory are deeply troubling,” the IAEA said.

There have been no shortage of strange rumors emerging out of North Korea in recent months, with some suggesting that Kim Jong Un himself is quite ill, or that his sister would soon be taking the reins of the hermit kingdom.

And with all this uncertainty, the last thing that the world needs is a nuclear North Korea.