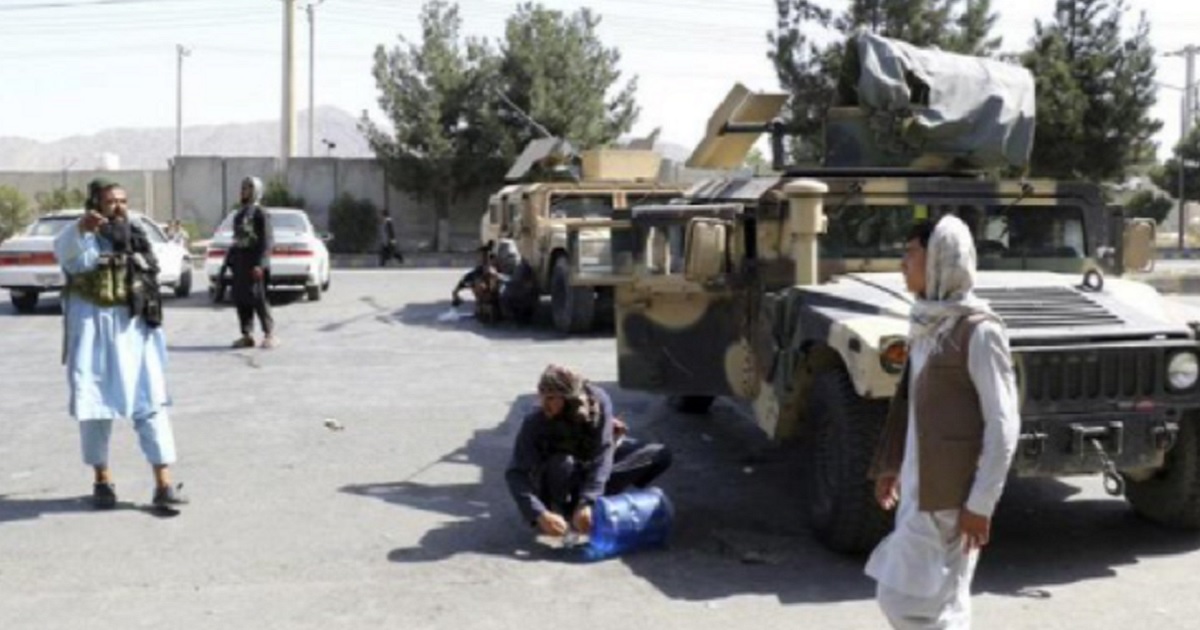 The following article, It's 7 Months Into Biden's First Term, And Nearly 8% of Humvees Ever Made Are Lost in Taliban's Afghanistan, was first published on Flag And Cross.

The Taliban inherited many American “gifts” amid their Afghanistan victory.

We’ve seen the images of Islamic militants holding U.S.-made rifles and posing beside our own Blackhawk helicopters left behind in the wake of a disastrous withdrawal.

We’ve also heard the speculation circling about — that with these “gifts,” the Taliban may have just toppled Vietnam as the 26th largest air force in the world.

But now, there’s a new stat to boggle our minds: The Taliban is now in possession of the American military equipment that was gifted to Afghan security forces during the two-decade U.S. mission in the country, ABC reported on last week.

That number was 22,000 Humvees over the years, according to ABC, but the cited a Government Accountability Office report from 2017, covering the years 2004 to 2016, so the actual number is likely higher.

Regardless, considering we’ve seen some members of the Taliban flaunting their inherited Humvees after Kabul’s fall, there’s a good reason to believe it, the evidence shows that many, many Humvees are now in Taliban hands.

New layers of checkpoints sprang up on roads leading to the airport, some manned by uniformed Taliban fighters with Humvees and night-vision goggles captured from Afghan security forces#Kabulairport #Taliban https://t.co/JBSqjmw3ij

High Mobility Multipurpose Wheeled Vehicles (which you probably know as Humvees) are coined the former “military workhorse” by both CNN and Army Technology. (It is being replaced by the Joint Light Tactical Vehicle manufactured by Oshkosh Defense.)

You’ve most likely seen one of these U.S. military utility trucks at some point. (You might have even driven its civilian counterpart — the Hummer).

According to the Army Technology piece, the Humvee rose to popularity during the Persian Gulf War, but didn’t receive the same positive reception during the Iraq war because troops found them outdated and unfit for combat.

The outlet says the vehicles lacked “significant armor” and were not designed to take on explosives as other, more heavily reinforced vehicles are.

So, what did our forces do?

They modified their supply, of course. But, fortifying Humvees with armor didn’t go as planned.

“The armor had all sorts of problems. You had armored doors that weighed hundreds of pounds and they were hard to open…it was like doing a one-arm sideways bench press,” former “Army Ranger Paul Scharre, who served in Afghanistan, told Army Technology.

But these vehicles have another drawback that places a burden on us all — the cost.

According to Army Technology, the vehicle manufacturer AM General has built about 281,000 of the Humvees for the military. With roughly 22,000 lost in Afghanistan, that amounts to a staggering 8 percent of all the Humvees ever built now in enemy hands.

Even allowing for the obvious potential for vehicles to be destroyed in a country at war for decades, and the wear-and-tear on a military vehicle that goes far beyond anything most cars or trucks owned by civilians will ever see, the potential windfall for the Taliban is breathtaking.

Imagine 22,000 of these expensive units … no longer in our possession, or in the possession of some allied force.

Instead, they’re now property of the Taliban — Islamic extremists who share none of the values we, as Americans, uphold.

We’re seven months into President Joe Biden’s first term, and the catastrophic foreign policy measures that prompted these developments beg us to ask: What does the Taliban’s newfound power — their access to American technology — signal for the future?

ABC’s report reiterates the Pentagon’s message that there’s no clear indication of just how much U.S. technology the Taliban has acquired, but some hints might afford us a few guesses (consider the $18 billion spent on “equipment and transportation” in the region that’s detailed in July’s report from the U.S. Special Inspector General for Afghanistan Reconstruction).

It’s all in enemy hands now, and, if you’re not outraged yet, you should be.

How will the Taliban make use of our commandeered equipment?

“The U.S. airplanes, they won’t be able to maintain — they’ll likely sell them for cash. It’s the ground equipment they’ll use,” former Deputy Assistant Secretary of State and ABC News contributor Steve Ganyard said, according to the outlet.

He offered a little hope for us in his remarks, saying it’s still possible that U.S. forces could remove some equipment before the Aug. 31 withdrawal deadline, or, once civilian removal efforts have ended, they could opt for destroying some leftover equipment instead.

Regardless, Afghanistan’s immense destabilization is far less than ideal — not only for us, but also for our NATO allies who continue to express their disdain with the U.S.’s substandard withdrawal.

The Biden administration should have had enough foresight to see the setbacks consequential to this foreign policy nightmare.

Then again, maybe the setbacks are only beginning.

Continue reading: It's 7 Months Into Biden's First Term, And Nearly 8% of Humvees Ever Made Are Lost in Taliban's Afghanistan ...