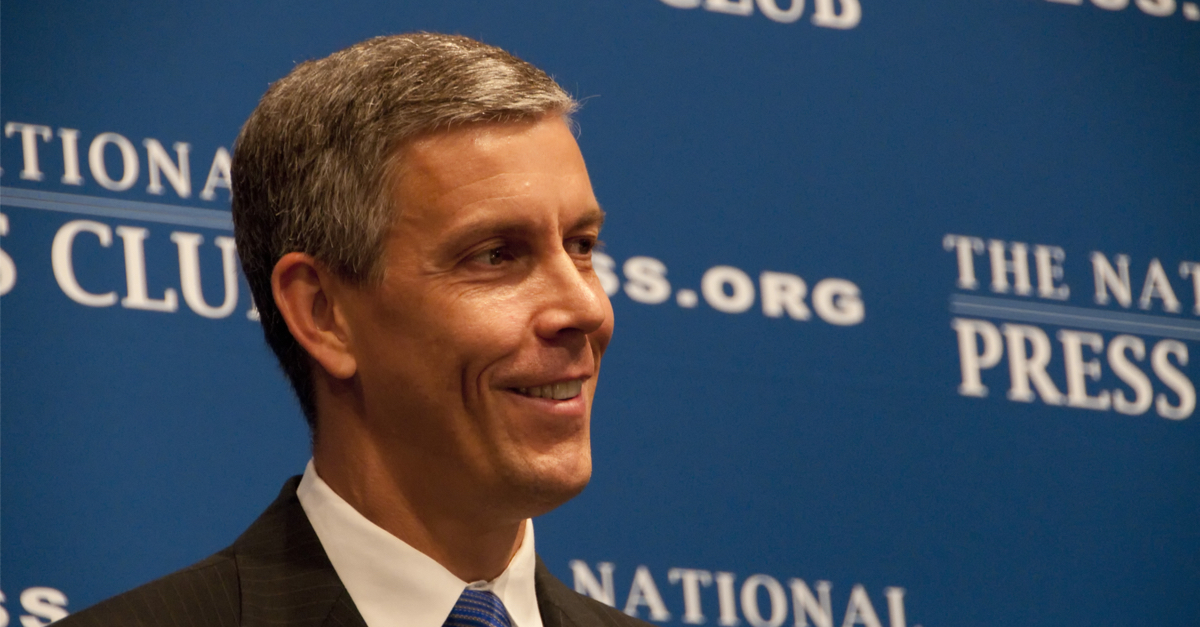 Way back in elementary school, before our brains had yet to fully form, there were only a few ways in which we felt as though we could end an argument: We could work it out with the other party, we could go ask an adult for help, or we could turn to being so offensive that those involved completely lose track of what we were arguing about.

It seems as though one of former President Obama’s cabinet secretaries chose option 3 when he should have chosen option 2.

Secretary of education under President Obama, Arne Duncan, set social media ablaze on Sunday after he likened anti-maskers and those who oppose the COVID-19 vaccine to the radical Islamic suicide bombers who killed U.S. service members at the Kabul airport last week.

“Have you noticed how strikingly similar both the mindsets and actions between the suicide bombers at Kabul’s airport, and the anti-mask and anti-vax people here?” Duncan wrote on Twitter. “They both blow themselves up, inflict harm on those around them, and are convinced they are fighting for freedom.”

Social media was quick to pile on the criticism.

Duncan’s comments prompted a fierce reaction on social media, with critics noting the irony of his words just a day after he encouraged people to “treat each other with compassion.”

“What a difference a day makes,” one user wrote, calling out Duncan’s “rapid hypocrisy.”

“This tweet will just make people think mental illness is a side effect of the vaccine,” The Blaze’s Jessica O’Donnell tweeted.

“You lack a soul and brain. The only thing striking is your ignorance,” radio host Jason Rantz said.

“I’m a pro-mask, pro-vaccine conservative – by personal choice because of my lung damage from Iraq, not by mandate – and you literally SUCK at this thing called being a human being,” he wrote.

Now, 8 months into the Biden presidency, we’re all beginning to wonder when the “unity” and “healing” is supposed to take place.

The perfect representative for a totalitarian regime.