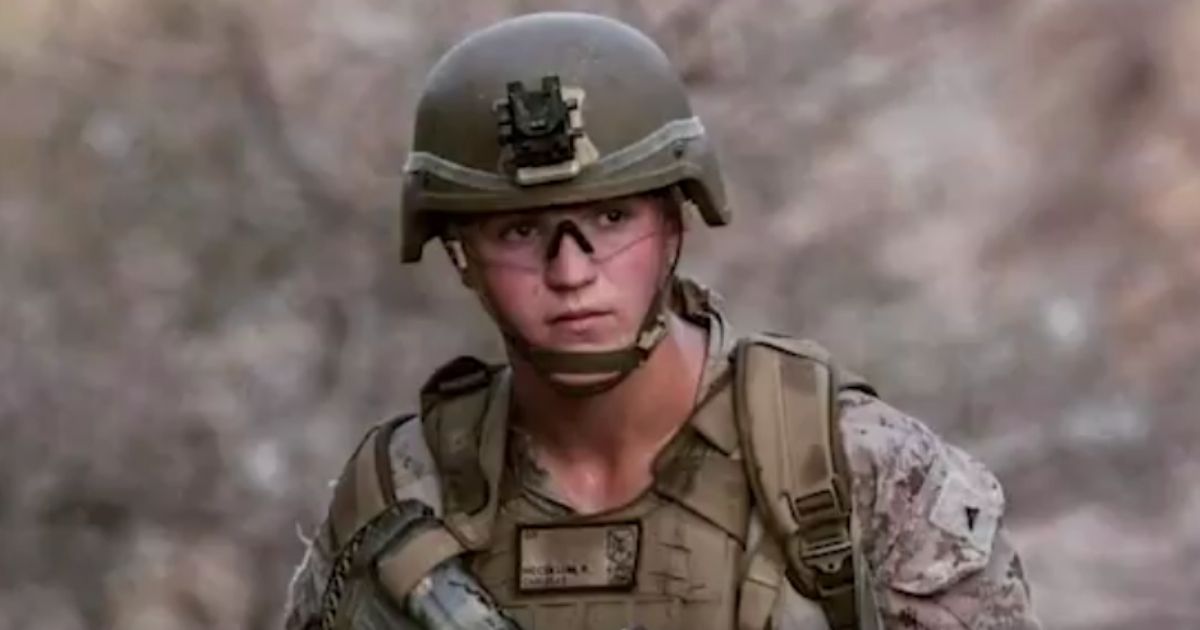 The following article, Mom of 20-Year-Old Marine Who Was Killed in Kabul Blast Makes Surprise Call to On-Air Show, Places Blame on Biden, was first published on Flag And Cross.

The mother of one victim of the terrorist attack in Kabul sharply criticized President Joe Biden on Friday.

Kathy McCollum, the mother of Rylee McCollum, 20, was notified of her son’s death on Friday. He was among 13 U.S. service members killed in the bombing the previous day at Kabul’s airport.

“My son was one of the Marines that died yesterday,” she told the call-in show “The Wilkow Majority.”

“Twenty years and 6 months old, getting ready to come from freaking Jordan to be home with his wife to watch the birth of his son, and that feckless, dementia-ridden piece of crap just sent my son to die.”

I’m told some think *I* did this interview. As it says at the start of the clip it was the @WilkowMajority. Kudos to Andrew for this important interview and @SiriusXMPatriot for airing it.

“I woke up at 4 o’clock this morning. Two Marines at my door telling me my son was dead,” she said.

Voice breaking with anger and emotion, she raged at a previous caller who framed the fall of Afghanistan as a diplomatic event with no consideration for its human toll.

The attack was the deadliest day for the U.S. military in Afghanistan since 2011, according to The Wall Street Journal.

“I just want all you Democrats who cheated in the election, or who voted for him legitimately, you just killed my son. With a dementia-ridden piece of crap who doesn’t even know he’s in the White House who still thinks he’s a senator. So I’m gonna try and calm down, sorry,” McCollum said on “The Wilkow Majority.”

Noting that Republican Rep. Lauren Boebert of Colorado was coming to her house in Montrose in an attempt to console her, McCollum said with bitterness, “My son did die in vain.”

“This was an unnecessary debacle that could have been handled properly. They had months and months to remove everyone from Afghanistan and they chose not to,” she said.

“And so they sent in freaking what, 6,000 troops? And my son, through the law of statistics, my son was one of the ones who just got blown up in a freaking terrorist bomb yesterday. … So instead of grieving and crying, I’m just getting mad.”

She spoke about the son she lost.

“My son was a genius child, an IQ of 156,” McCollum said. “He could have done anything he wanted to do in the military, and he chose to be a Marine sniper, and that was his choice.

“Instead of just being fast-tracked, he chose this course, but I never thought in a million years he would die for nothing.”

“For nothing,” she repeated, “because a feckless, dementia-ridden piece of crap decided he wanted a photo op on September 11th.”

She said she never expected to suffer such a loss while seeing a president “smirk on television while he’s talking about people dying.”

Amid a stream of insults directed at Biden, McCollum said he “needs to be removed from office. It never would have happened under Trump.”

Unfortunately, he did what too many before him have done and “gave the last full measure of devotion” to his nation.

With a heavy heart and on behalf of a grateful nation, we mourn for him as he begins his last and eternal watch in heaven.

Boebert shared a letter to McCollum, according to KCNC-TV.

“Kathy, on behalf of a grateful nation, we mourn with you for the loss of your son,” the letter said in part.