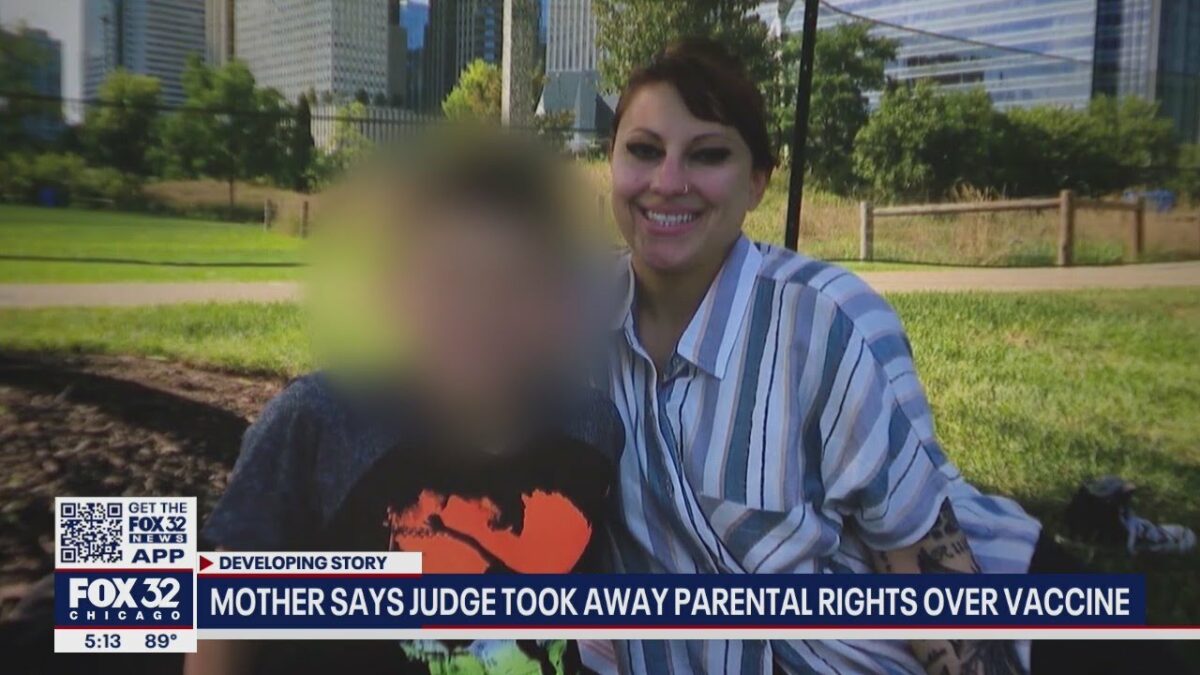 The following article, Judge Strips Mother of Custody After Surprising Her with COVID Vaccination Question, was first published on Flag And Cross.

A Chicago mother has been stripped of all rights to her son after she told a Cook County judge she has not been vaccinated against the coronavirus.

WFLD-TV reported that a woman named Rebecca Firlit has been divorced from her husband for seven years. Despite the ending of the marriage, she and her former husband shared custody of their 11-year-old son.

Following a virtual custody and child support hearing earlier this month, Firlit told WFLD she hasn’t seen her son in nearly three weeks. The mother lost her custody rights on Aug. 10, the day the court found her unfit to raise the child due to her vaccination status.

Apparently, the stripping of Firlit’s right to raise and care for her son came down to only her COVID-19 vaccination status. Per WFLD, the judge found out she did not wish to receive the vaccine, and so he took away her parental rights until she agrees to get the shot.

The outlet reported during the cold support hearing, Cook County Judge James Shapiro out of the blue asked Firlit if she had been vaccinated. Firlit told the court that she had avoided getting the vaccine because she has a history of adverse reactions to vaccines.

The court responded by telling the mother she would lose custody of her child until she gets vaccinated. The mom is allowed to call her son, but she cannot go near him.

“I miss my son more than anything. It’s been very difficult. I haven’t seen him since August 10th,” she told the outlet.

The mom accused the judge of forcing his own political views on her and her family. She is appealing the decision which bars her from being there for her child.

Firlit’s lawyer Annette Fernholz slammed the court in a statement.

“In this case you have a judge, without any matter before him regarding the parenting time with the child deciding ‘Oh, you’re not vaccinated. You don’t get to see your child until you are vaccinated,’” she said. “That kind of exceeds his jurisdiction.”

The Judge who did this is named James Shapiro. HE SHOULD BE DISBARRED FROM ALL LEGAL JURISDICTIONS https://t.co/KGZyM2Lvb5 pic.twitter.com/lT0YL6MVJP

“You have to understand the father did not even bring this issue before the court,” Fernholz added. “So it’s the judge on his own and making this decision that you can’t see your child until you’re vaccinated.”

WFLD stated the child’s father did not bring up his ex-wife’s vaccine status in court, and was shocked at the ruling. Nonetheless, an attorney for the father said he supports the judge’s decision to cut her out of her child’s life.

“There are children who have died because of COVID,” attorney Jeffrey Leving said. “I think every child should be safe. And I agree that the mother should be vaccinated.”

WFLD reported there is no timetable for when Firlit’s appeal might be heard. Shapiro’s office has refused to comment on the judge’s unprecedented ruling.