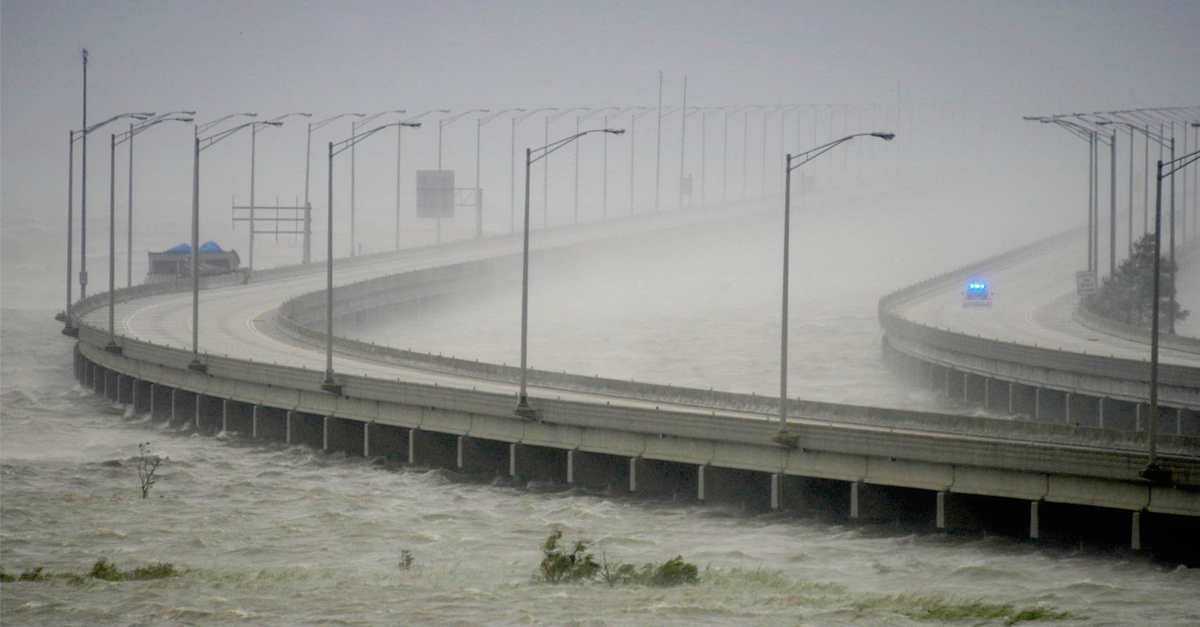 Sometimes, the coincidences of the world are just too poignant not to consider as some sort of cosmic signal.   There is plenty of superstition left in this increasingly cold and lonesome nation, and the trouble facing the deep south today has a great many Americans raising an eyebrow.

It was 16 years ago today the Hurricane Katrina made landfall in New Orleans, kicking off one of the most horrific humanitarian disasters in US history.  Not only was that storm unfathomably powerful, (and slow moving), but the preparation and response to the event were both severely lacking.

Now, on this solemn anniversary, another catastrophic storm is looking to slam into The Big Easy, and those who haven’t evacuated yet have run out of time.

Hurricane Ida intensified into an “extremely dangerous” Category 4 hurricane as it made its way towards the U.S. Gulf Coast, the National Hurricane Center (NHC) said Sunday.

With top sustained winds of 145 mph, Ida was located about 100 miles south of the mouth of the Mississippi River river, the NHC said in an advisory.

It said that Ida, which is expected to make landfall in southeastern Louisiana on Sunday, was now a Category 4 hurricane on the five-step Saffir Simpson scale, a 1 to 5 rating based on a hurricane’s maximum sustained wind speed.

Images of the monster storm were alarming, to say the least.

WHOA: The lightning inside of Hurricane Ida looks like fireworks!

Here is the current view of #HurricaneIda churning over the Gulf of Mexico, courtesy of the #GOESEast

Now the nation waits with worry, hoping that New Orleans and her residents are able to weather this hellacious storm.