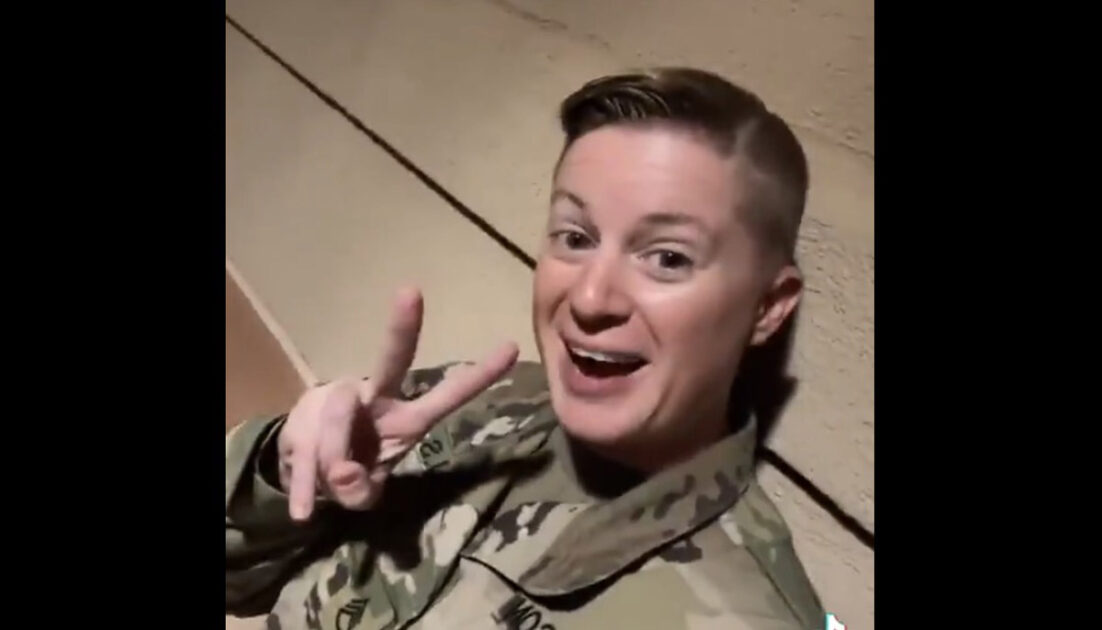 The following article, WATCH: Army Sgt. Shocks Saying She Would Shoot Down Americans Who Disobey Government, was first published on Flag And Cross.

A woman in a U.S. Army uniform who claims on video that she is a sergeant warns Americans that if they rise up against government, she will relish the opportunity to shoot them down under martial law.

The woke Army Sergeant identified as Cindy Bronson has a message for Americans who might think they can use the Second Amendment to force change in the U.S.

“Understand that if active duty military actually get deployed within the United States, that weapon is not just going to be pointed at other people, other countries, it’s pointed at you,” Bronson arrogantly says on the video.

“If you do not get in your house when I tell you to,” Bronson added, “you become the enemy. Martial law. You know, when your rights get curtailed?”

Still not the whole video. Here, let me help, because your tweets make it seem like you support the other woman who was threatening to gun down Americans. pic.twitter.com/fTtpFAHipy

Granted, Bronson was responding to someone online who was outright calling for the government to be overthrown. But, still, if Americans can expect our military will be used against us, this is something that the founders very specifically wanted to prevent as much as possible.

But, if U.S. soldiers are as gleeful at the idea of shooting fellow Americans down, this is a bad sign.

This soldier should be discharged for her threat’s against American People I would shoot her screw these woke fool’s.

Meet the American Gestapo – Storm Troopers Have Been Trained Army Sergeant Cindy Bronson: “Understand that if active duty military actually get deployed in the United States that weapon is not just pointed at other people, other countries. That weapon is pointed at you. If you do not get in your house when I tell you to, you become the enemy. Martial law. You know, when your rights get curtailed?” When an active-duty Army sergeant appears in uniform to remind civilians that might makes right, it’s understandable that we civilians might get a little jumpy about it. History Lesson for… Read more »