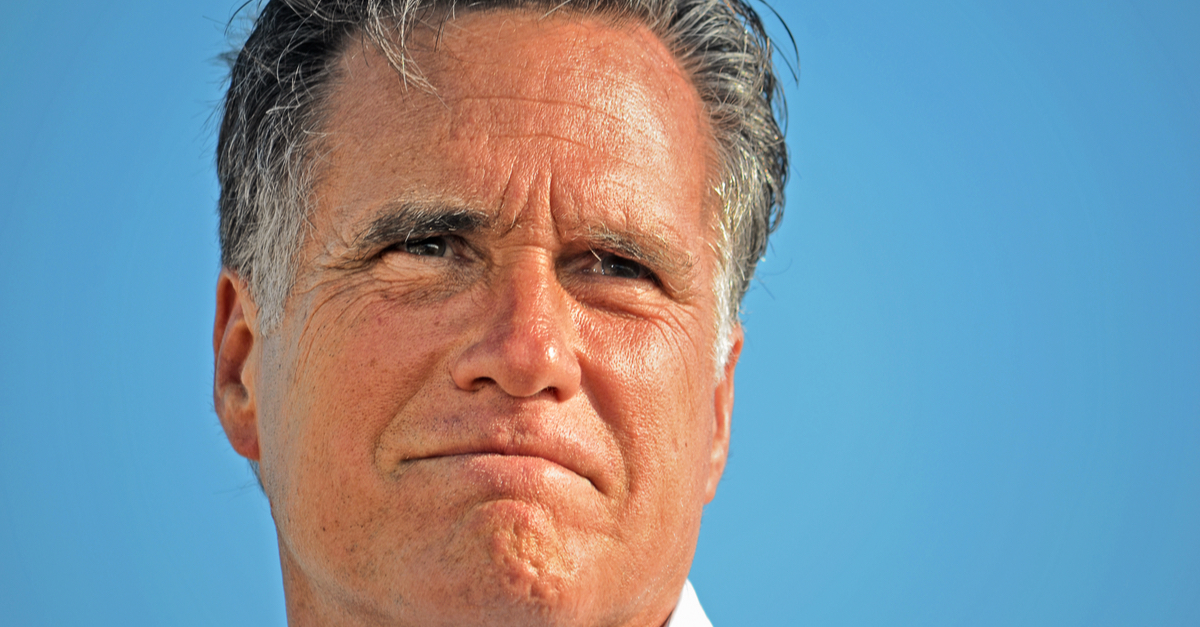 The following article, Mitt Romney Demands Freedom be Suspended Over COVID Vaccinations, was first published on Flag And Cross.

Utah Republican Senator Mitt Romney told the media Friday that Americans need to have their freedoms suspended over the coronavirus and that he favors forced vaccines.

Romney said he feels that the virus is too dangerous to allow people the freedom to choose their own medical path and that government should step in and make the decision for everyone, according to the Salt Lake Tribune.

The most vocal anti-vaccine and anti-mask citizens like to point to individual liberty to justify their choices, Romney said.

“People say, ‘I want my liberty.’ Well, your liberty affects my health. When that occurs, we have to come to some sort of agreement,” he said.

Romney also favors vaccine mandates for private businesses. If he was still in the private sector, he said he would require his employees to be vaccinated or be responsible for getting tested a every week.

He went on to say that he thinks mask mandates should be made at the state level but added that he hopes his grandchildren’s schools implement mask mandates.

But the fact that this so-called Republican is calling for the suspension over American freedoms is beyond the pale.

Romney is now and always has been a disgrace.

JUST ANOTHER JERK-OFF……THAT SHOULD BE IN A CAGE

SCOTUS has already ruled against lawsuits in CA that pandemics do not limit or stop Constitutional Rights. Romney has proven over and over again that he is an enemy of these United States. The government KNOWS there are at least SEVEN CURES for COVID! These cures are being suppressed in order for genocide, control, the Great Reset, and to try to get rid of the Constitution. Ivermectin, Hydroxychloroquine with zonc and a Z pack, IV Vitamin C Therapy, High dose Vit A,C and D3, along with a nebulizer with saline solution, food grade peroxide, and Lugol’s Iodine (DO NOT do… Read more »

I sincerely apologize for voting for this scumbag in 2012. He’s as bad as the scumbag who defeated him…