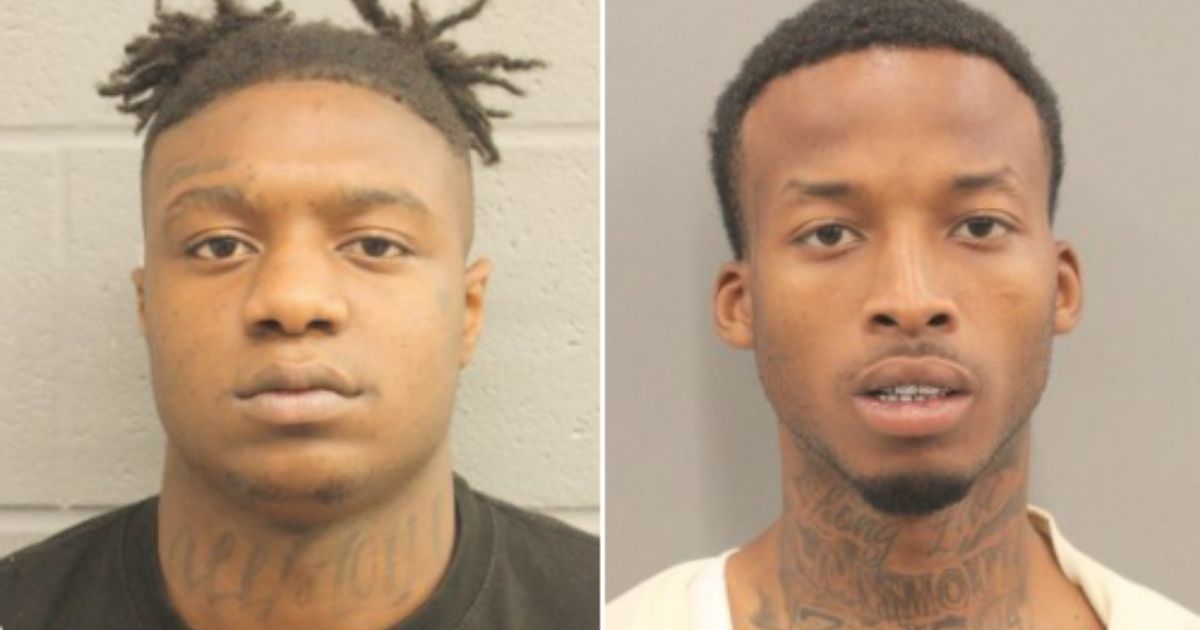 The following article, Two Arrested in Killing of New Orleans Police Veteran and Father of Two, was first published on Flag And Cross.

Two men have been arrested and charged in connection with the murder of a veteran police officer and father in Houston.

Everett Briscoe, a 13-year New Orleans police detective, was murdered at a restaurant last weekend while on vacation, KPRC-TV reported.

Police had offered rewards for information related to the slaying. Eventually, that reward hit $100,000.

On Friday, two men were arrested and charged with killing Briscoe, according to KPRC.

Frederick Jackson, 19, and Anthony Jenkins, 21, were arrested and charged with capital murder and attempted murder.

Harris County District Attorney Kim Ogg said police are looking for a third person, who is described as a person of interest.

ARRESTED: Booking photos of Frederick Jackson, 19 (left), and Anthony Jenkins, 21. Both suspects are being charged this afternoon with capital murder for their roles in this shooting incident.

Police said they saw both of the men accused in the cop-killing on surveillance video, casing victims and locations in the area of Briscoe’s killing — west of downtown Houston. Briscoe was targeted over expensive jewelry he was said to have been wearing, KPRC reported.

Police said both murder suspects have criminal records. Additionally, each man has been connected to gang activity.

When Briscoe was murdered, Jenkins was out on bond after previously being charged with assault with a deadly weapon.

Jackson was also out on bond at the time of the cop-killing for an alleged aggravated robbery. He targeted a victim last year and robbed them of $40,000 in goods at gunpoint, police said.

Ogg speculated a desire to pay bond money might have motivated the two to engage in the killing of Briscoe. She also stated that the death penalty is “on the table” for the suspects, KPRC reporter Mario Diaz noted.

Per DA.. the suspects were out on bond.. both charged with capital murder “Death is on the table”.. @KPRC2 pic.twitter.com/UoAPre9RPg

“There is some indication that the desire to obtain bond money could be involved in the case for another individual,” she stated.

“I want to say that the way that bail is being handled right now by bonding companies can and may have compounded the problem.

“By just taking a small percentage and letting those accused who are out pay the balance, it can be considered motivation for further crime to raise their bond money,” she added.

Briscoe leaves behind two children. He is currently lying in state in New Orleans with a funeral planned in the coming days, WVUE-DT reported.

It is not clear if Hurricane Ida, which is expected to become a major hurricane over the weekend, will disrupt services for the slain officer.

Ida, as of Friday, is expected to make landfall in southern Louisiana on Sunday, the 16th anniversary of the day Hurricane Katrina made landfall over New Orleans as a category three storm.

SEND THEM TO AFGHANISTAN