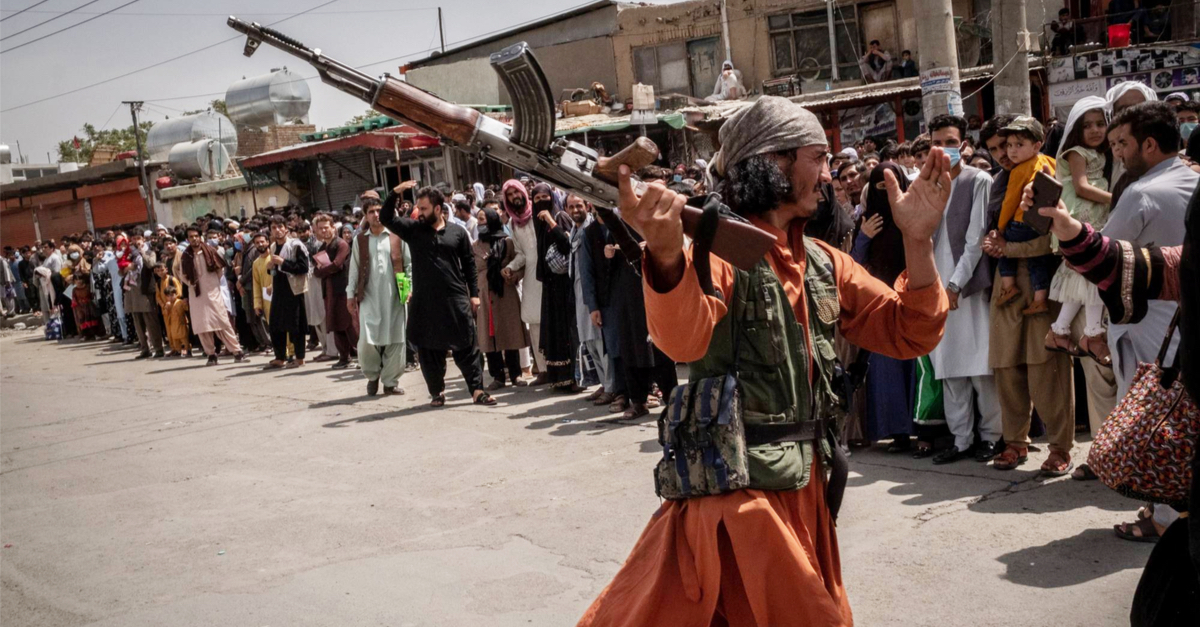 The following article, Taliban Cut Gay Afghan Man Into Pieces to ‘Show What They Do with Gays’, was first published on Flag And Cross.

A report from Afghanistan reveals that the Taliban murdered a man and cut his body into small pieces all because the victim was gay.

The report came from a gay Afghan man who escaped the country and told his story to gay website, Pink News.

The gay website noted, “The 26-year-old, going by the pseudonym of Gabir to protect his identity, told the i that he and his boyfriend were sitting in a restaurant together in Afghanistan’s capital, Kabul, when the city was seized by the Taliban on 15 August.”

After the Taliban confronted them, they parted, but that was the last that the man ever saw of his boyfriend.

HE later found out that several cars full of Taliban members pulled up at his boyfriend’s home and murdered him. They then cut the body into small pieces as a warning to other gays as to how they will be treated if they dare tell anyone they are gay.

“Once we settle here in Kabul, we will not let you live. If we find you, we will kill you,” the Taliban told Kabul’s residents.

This is what Joe Biden has unleashed on the people of Afghanistan.

And, dear Democrats, you just voted for the man who has unleashed death on gays in Afghanistan.

Continue reading: Taliban Cut Gay Afghan Man Into Pieces to ‘Show What They Do with Gays’ ...