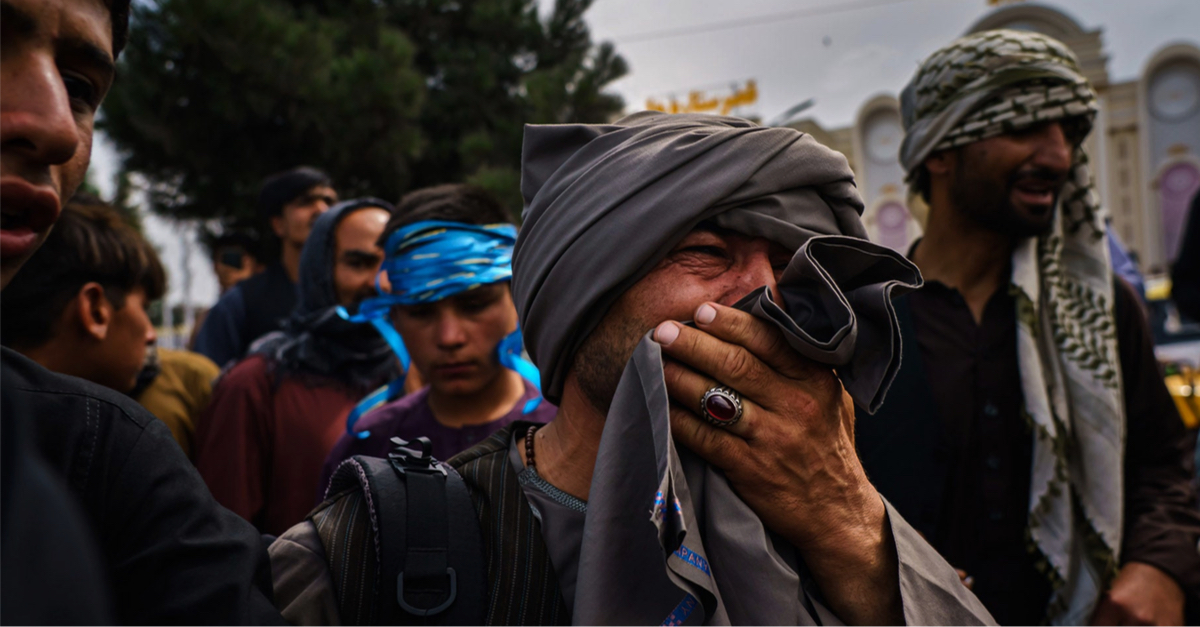 The following article, More Terror Imminent in Kabul as Taliban Renege on ‘Safe Passage’ Deal, was first published on Flag And Cross.

When the Biden administration finally began to realize that their assessment of the Taliban’s capabilities was way off, the US was soon in the undignified position of having to negotiate with this terrorist group just to get our people out of harm’s way.

After a seriously troublesome several days of negotiation, a deal was struck that the US occupation would end on August 31st, (come Hell or high water), and that the Taliban would be responsible for maintaining a lane of “safe passage” to the Kabul airport for those trying to escape.

But, as often occurs when you trust known terrorists, that safe passage has been erased, with terror attacks now claiming nearly 200 lives in and around the airport.

Scarier still is the fact that more of these atrocities are likely coming.

The White House said the next few days of an evacuation operation that has taken more than 100,000 people out of the country in the past two weeks were likely to be the most dangerous.

Some U.S. media said the death toll was far higher in Thursday’s attack near the airport gates, where thousands of people have gathered to try to get inside the airport and onto evacuation flights since the Taliban took control of the country on Aug. 15.

Many of those abreast of the situation had already suggested that it would be impossible for the US to evacuate every American and allied operator by August 31st, and that was before the Taliban failed to secure safe passage.

The situation is looking more grim by the minute.