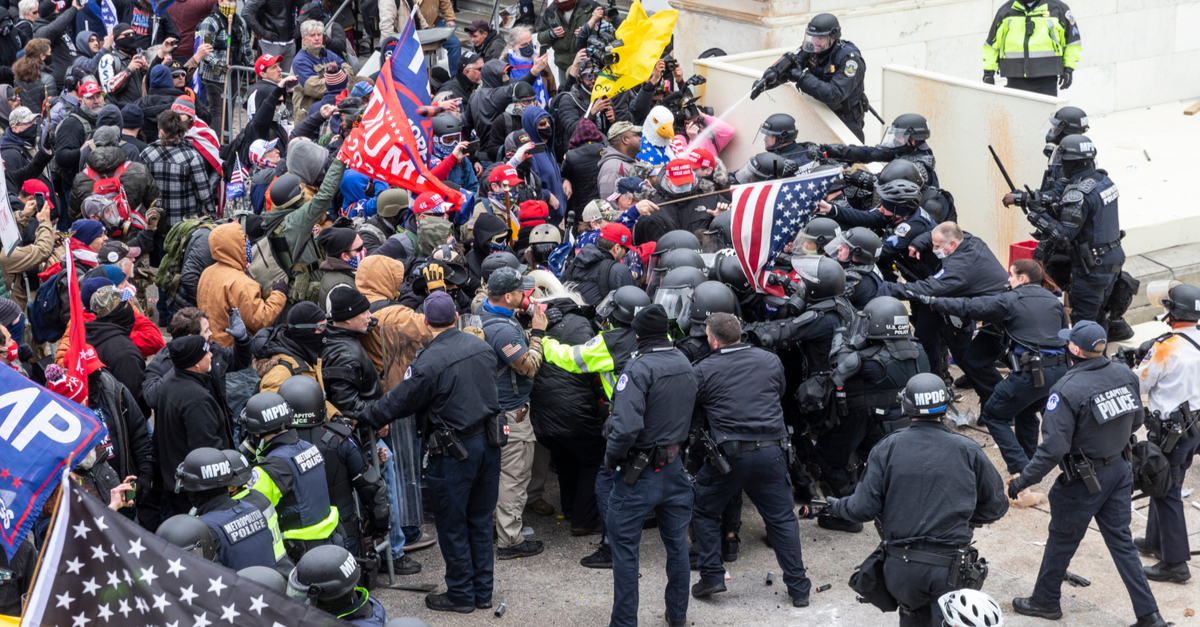 The following article, Cop Who Killed Ashli Babbitt Reveals Himself, Says He Saved Many Lives That Day, was first published on Flag And Cross.

It is nearly impossible to find a situation in recent history that resembles the attempted insurrection of January 6th, 2021, both for its chaos and the uncomfortable casualness of the way it’s being discussed today.

You see, the left is using the event in a fear-forward fashion, attempting to herd their constituents into a corner to say “do you see what happens if we lose again?”.  On the right, there is the argument that this was the people’s house, and who else should be allowed to roam the halls but we the people.

And there is enough of a political divide here to keep the fires of dissent burning for eons, even without the death of Ashli Babbitt, a trespasser who was shot and killed by Capitol police as she attempted to enter a restricted area.  For those who had similar political beliefs as Ashli, she is a martyr and her killer, a murderer.  In fact, some of the poorly-mannered characters on the far right have even gone so far as to attempt to discover the identity of the officer who shot her, with unknown but certainly unkind intentions beyond that.

Lt. Michael Byrd then emerged to claim that it was he who shot Babbitt, and that her death was justified in the line of duty.

From a recent NBC interview:

“I know that day I saved countless lives,” Byrd said. “I know members of Congress, as well as my fellow officers and staff, were in jeopardy and in serious danger. And that’s my job.”

Byrd said he had no idea whether the person he shot was carrying a weapon. It was only later that night that he found out that the rioter was a woman who was unarmed.

Asked why he pulled the trigger, Byrd said it was a “last resort.”

“I tried to wait as long as I could,” he told Holt. “I hoped and prayed no one tried to enter through those doors. But their failure to comply required me to take the appropriate action to save the lives of members of Congress and myself and my fellow officers.”

Byrd has been exonerated by the DOJ in the shooting, and will face no disciplinary action on account of his actions that day.

Continue reading: Cop Who Killed Ashli Babbitt Reveals Himself, Says He Saved Many Lives That Day ...

So, he’s not only a murderer, but a proud delusional one.