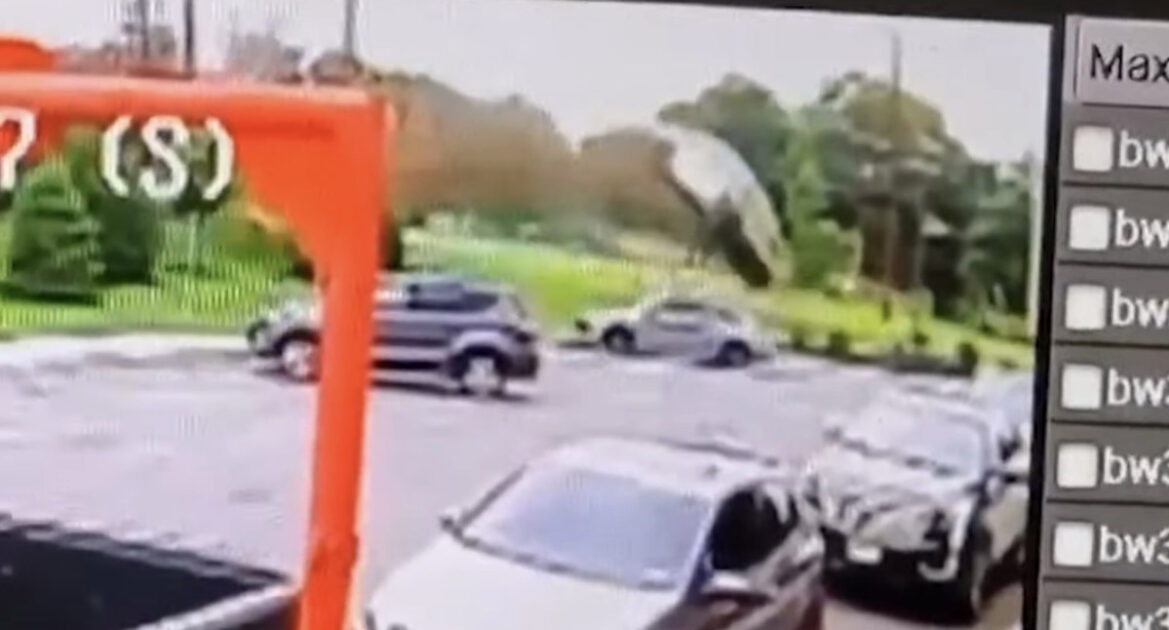 A shocking video showing a car flying through the air and barely missing a family eating at a New Jersey Wendy’s is going viral.

MIRACLE – Crash Video shows Monday’s accident at @Wendys where a vehicle launched over a berm into the restaurant. Angle 1 (Drive-thru) shows the vehicle coming over the berm. Angle 2 (Front of store) car land on table next to a table with family eating.
No serious injuries pic.twitter.com/xyBK0ducMa

A man was driving on Route 130 in a Toyota Corolla when he careened off road and ran up a berm close to the Wendy’s restaurant. The car went airborne after hitting the berm.

The car flew through the air and slammed into an Audi waiting in the drive-thru. Both slammed into the restaurant and the Corolla just missed a family that was sitting at an outside table.

Police were amazed that no one was killed.

“This is nothing short of a miracle that no one was seriously injured or killed in this crash,” said South Brunswick Police Chief Raymond Hayducka. “To think it was the middle of the day, people were eating both inside and outside and none of them were injured. The building was damaged to the point it can’t be used but everyone eating was able to walk away.”

Police added that the driver of the Corolla may have suffered a medical episode which caused the accident.

Police also noted that an investigation into the incident is still underway.