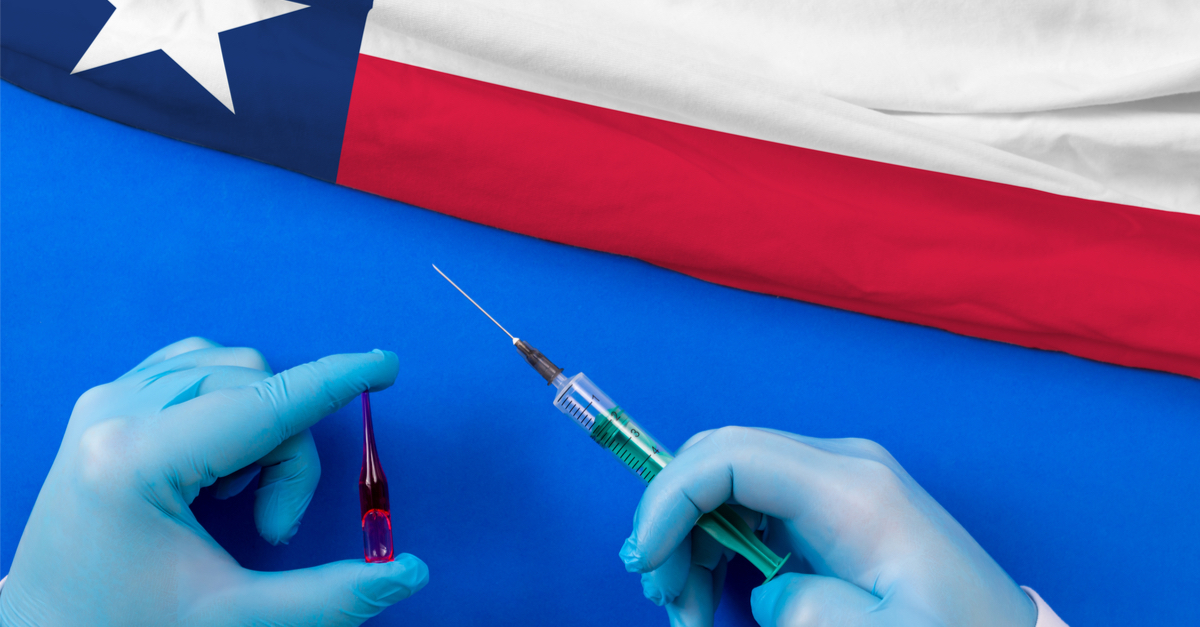 When it comes to handling the ongoing COVID-19 pandemic, (that we just about declared victory against just months ago), Texas and Florida are carving out a path of their own…for better or for worse.

The national debate over how intense our coronavirus precautions need to be is still very much raging, with two big weapons in the fight against COVID still out there at large:  Masks and vaccines.

But the fight isn’t really about their effectiveness, (the amount of folks who don’t believe they work is rather small), but rather the idea that the government or a business can tell you which medical decisions to make for yourself.

In Texas, the Governor is now reiterating his stance on the subject, and erring heavily on the side of freedom.

Texas Gov. Greg Abbott on Wednesday reissued his ban on Covid vaccine mandates by any state or local government entity, just days after Pfizer’s shot was granted full approval by the U.S. Food and Drug Administration.

The executive order comes after the governor, who is recovering from his own case of Covid, touted the vaccine as the reason for his “brief & mild” infection.

Abbott added another agenda item to the legislative special session on Wednesday, asking the Legislature to consider taking action to address whether state or local entities can mandate the shots and, if so, what exemptions should be included in the mandate.

“Vaccine requirements and exemptions have historically been determined by the legislature, and their involvement is particularly important to avoid a patchwork of vaccine mandates across Texas,” Abbott said in a statement.

Further east, Florida Governor Ron DeSantis has found himself largely defied within the Sunshine State’s school system, after his office decreed that educational institutions could not mandate the wearing of masks by children.

Several schools are now risking having their funding affected for going against the order.