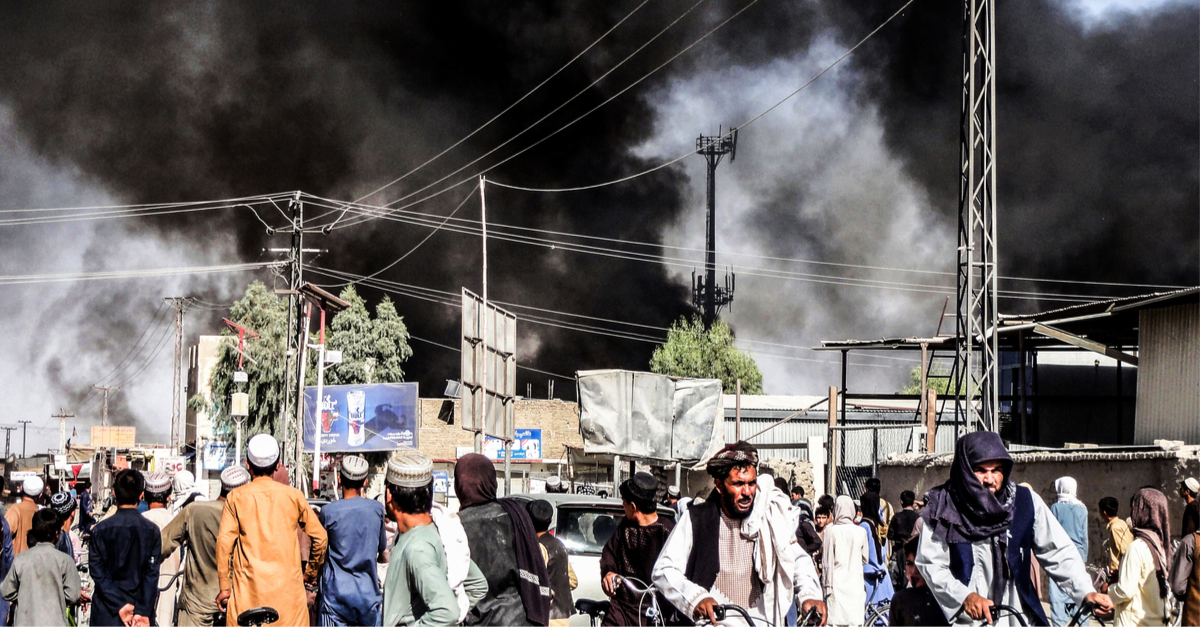 Let’s not beat around the bush here:  The Taliban, despite their recent protestations, are still an organization that is very much rooted in the terrorism ecosystem.  And, to dispense with the pleasantries entirely, are in no way capable of operating a nation-state that would be free from such abject horror.

A rather poignant example of this came to us today from Kabul, as the Taliban desperately need to keep the airport safe through the end of the month, lest they wish to be on the receiving end of a great deal of American anger.

On Thursday, they failed, setting up a new showdown over the evacuation of Americans and their allies from the region.

Multiple U.S. troops and civilians were injured when two explosions shook the area outside Hamid Karzai International Airport in Kabul in rapid succession this morning, where the United States and NATO allies had been evacuating thousands of people from the city, the Pentagon confirmed.

“We can confirm that the explosion at the Abbey Gate was the result of a complex attack that resulted in a number of US & civilian casualties,” tweeted Pentagon spokesperson John Kirby, referring to the entrance to the airport, where four sources tell POLITICO that U.S. personnel until recently welcomed American citizens to board evacuation flights.

The Taliban’s abjectly unsatisfactory performance on airport security will give the Biden administration the green light to dictate how and when the evacuation will be complete, obliterating the Taliban’s now-defunct deadline of August 31st.

If the airport is not secure, then the Taliban have broken their word.  If the Taliban can’t be trusted, (spoiler alert), then there is no limit to what power the United States can use to achieve their mission.