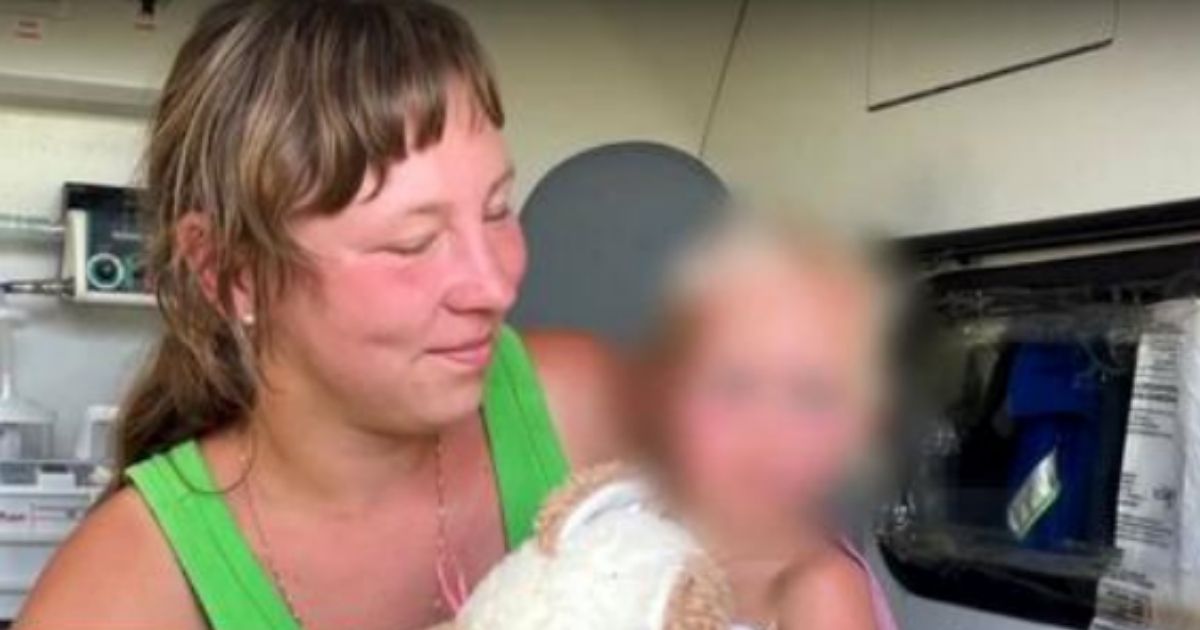 The following article, Russian Toddler Spends 4 Days Lost in the Woods, Vows to 'Never Run Away from Mum' Again, was first published on Flag And Cross.

A toddler from Russia has simultaneously had the adventure of a lifetime and nearly scared her family to death. Despite having no food or water with her, and being barefoot, she managed to make it four days in predator-infested terrain.

Lyuda Kuzina, just 22 months old, wandered away from her family’s summer home in Tyomkinsky last Tuesday and found herself deep in the woods. She’d been playing with her 4-year-old sister in the garden, but while her mother chatted with a neighbor, Lyuda disappeared into the forest.

Hundreds of people — volunteers and police — showed up to help look for her. As the days passed and the nights dipped down to 50 degrees, searchers began to grow more concerned.

“There was such despair when she was lost,” mom Antonina Kuzina said, according to the Mirror.

“So many people were looking and not finding her, we thought maybe she had been knocked by a car or kidnapped. After three nights in the forest, of course, we already thought that at best we will find her unconscious.

“On the second night there was a heavy shower, and the third night was cold.”

Divers even searched the nearby reservoirs for a body, but mercifully she wasn’t there.

On the fourth day, the Salvare search team paused to rest when they heard a noise. They traced it to Lyuda, who was hiding nearby.

“The volunteers told me they hadn’t been far away from the spot on the first day,” Antonina said, according to BBC. “It was only on the fourth day when they heard a ‘squeak’ that they found her in some branches under a tree.”

Upon being discovered, she told her rescuers, “I’m a princess.”

“She replies to our questions,” one of the rescuers told a local news outlet. “She tells us fairytales. She is a princess.”

As one of the search team members carried Lyuda to safety, she reassured her everything would be well.

“Warm up my sweet, warm up,” she recalled telling the girl. “Everything is good. All is perfect. You are the bravest and strongest girl in the Universe. You are the best in all space.”

Another search team member said that Lyuda had no hesitation greeting the team when they found her, and everyone was in tears over finding her alive.

“Lyuda immediately stretched out her thin arms and snuggled tightly to her rescuers,” he said. “Everyone cried — experienced and first time volunteers, local residents, everyone was sobbing.”

She was taken to a children’s hospital in the area to be checked out, and had been moved from intensive care to the regular ward as of Aug. 23.

Somehow, the little girl survived with no shoes, no food and no water. Some believe she must have found water in streams to drink.

She was covered in bug bites and nettle rashes, but managed to avoid the bears and wolves the area is known for. Her mother has no idea how she did it.

“I don’t know how she held out for so long,” Antonina said.

It would seem the almost-2-year-old has had enough adventure for now, though, as she’s promised to stay close to home in the future.

“She’s quite adamant she’ll never run away from Mum again,” Antonina said, according to the BBC. “Although quite how long she’ll remember that promise, I have no idea. But at least she says so.”