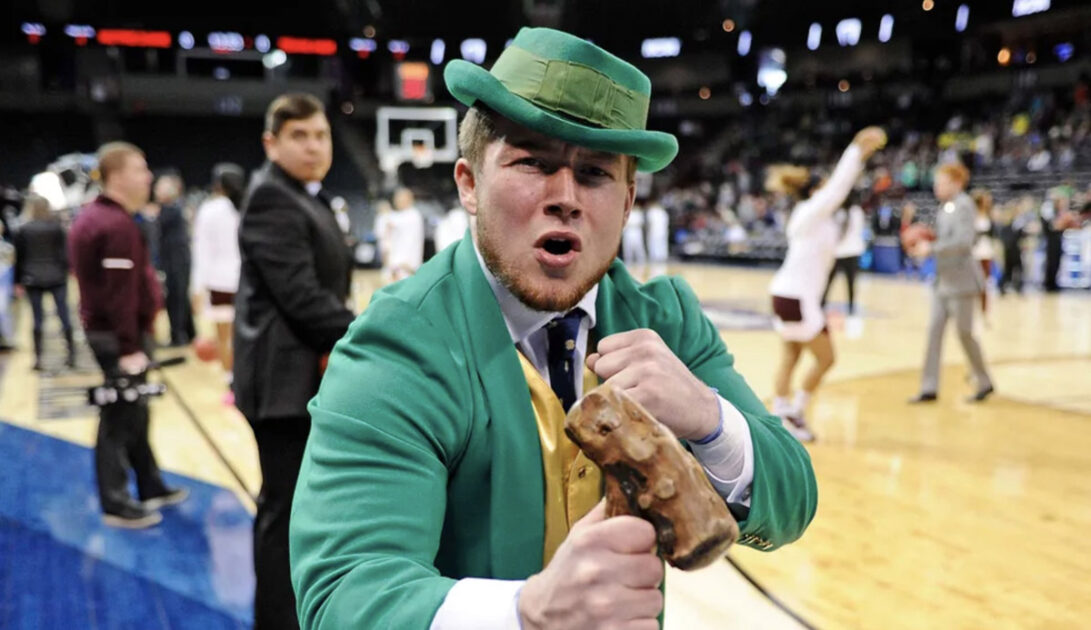 The following article, Notre Dame’s Leprechaun Mascot is Next to Get Woked to Death by Leftist Cancel Culture, was first published on Flag And Cross.

It looks like leftist scolds have found the next ages old school mascot they was to destroy as wokesters are now aiming to cancel Notre Dame’s Fighting Irish leprechaun.

Look out Lucky Charms cereals, better be careful Irish bar logo makers, your days are numbered, schlocky horror movie makers. The wokesters are out to end you.

First liberal hatemongers came after everyone’s Native American mascots, saying that even mentioning an American Indian in any context is raaaaacist.

But now these cretins are looking to end Notre Dame’s leprechaun.

According to the Indianapolis Star, a survey found the leprechaun was the fourth most offensive mascot.

Seriously! What kind of morons did they poll, anyway?

Notre Dame’s Fighting Irish leprechaun is the fourth-most offensive college football mascot in the nation, according to a new survey. The top three most offensive mascots, the survey says, wear face paint, headdresses and are culturally insensitive to Native Americans.

When presented with the survey results by IndyStar, Notre Dame emailed a response that included a written statement defending the leprechaun and highlighting its history.

“It is worth noting … that there is no comparison between Notre Dame’s nickname and mascot and the Indian and warrior names (and) mascots used by other institutions such as the NFL team formerly known as the Redskins,” the statement read. “None of these institutions were founded or named by Native Americans who sought to highlight their heritage by using names and symbols associated with their people.”

Some have been calling for the death of the lucky leprechaun for years. ESPN panderer Max Kellerman spoke up to call for the end to the leprechaun mascot back in 2018.

“Many Irish-Americans are not offended, but many are,” Kellerman wwrote. “Should that also change? The answer is yes. Unequivocally yes. Pernicious, negative stereotypes of marginalized people that offend, even some among them, should be changed.”

Who are these idiots?

Continue reading: Notre Dame’s Leprechaun Mascot is Next to Get Woked to Death by Leftist Cancel Culture ...