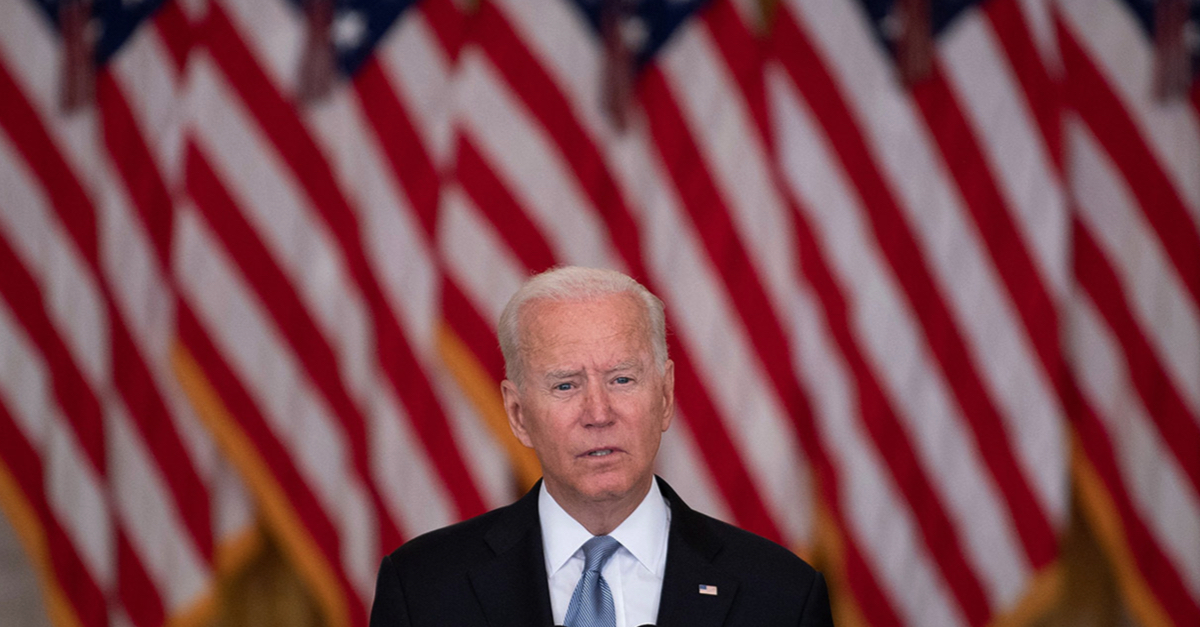 The following article, Growing Number of Politicians and Pundits Call for Biden’s Resignation Over Afghan Debacle, was first published on Flag And Cross.

The situation in Afghanistan is a lot of things:  Untenable, unfathomable, and, most importantly, unforgivable.

We are a nation that has screamed from the rafter that we don’t negotiate with terrorists; that we will never leave anyone behind.

Well, in Afghanistan, we tried negotiating with the Taliban and they still betrayed us, and now we’re packing up and shipping out with Americans stranded in a hostile nation.

The latest turn of events has seen at least 12 US service members killed by a series of terror attacks as they attempted to protect the Kabul airport, all while the Biden administration starves the nation of answers or updates.

This is why there is a growing movement to see Joe Biden removed from office…one way or another.

“Should Biden step down or be removed for his handling of Afghanistan? Yes,” she tweeted. “But that would leave us with Kamala Harris which would be ten times worse. God help us.”

And there were scores more.

“Joe Biden, Kamala Harris, Antony Blinken, Lloyd Austin and General Milley should all resign or face impeachment and removal from office,” she said.

Former Trump White House advisor Kellyanne Conway sarcastically responded: “#Impeach? Why? It’s not like they called the President of Ukraine or anything.”

Members of Congress offered up plenty of criticism. “If President Trump can be impeached over a phone call, then the time has come to IMPEACH Biden for gross negligence in Afghanistan,” said Rep. Ronny Jackson, R-Texas.

Biden’s expediting of the US troop withdrawal from Afghanistan left security forces and civilians scrambling to escape the Taliban, who took over the entire nation in less than a dozen days.

Resignation? No. The country would be better off if he performs seppuku.