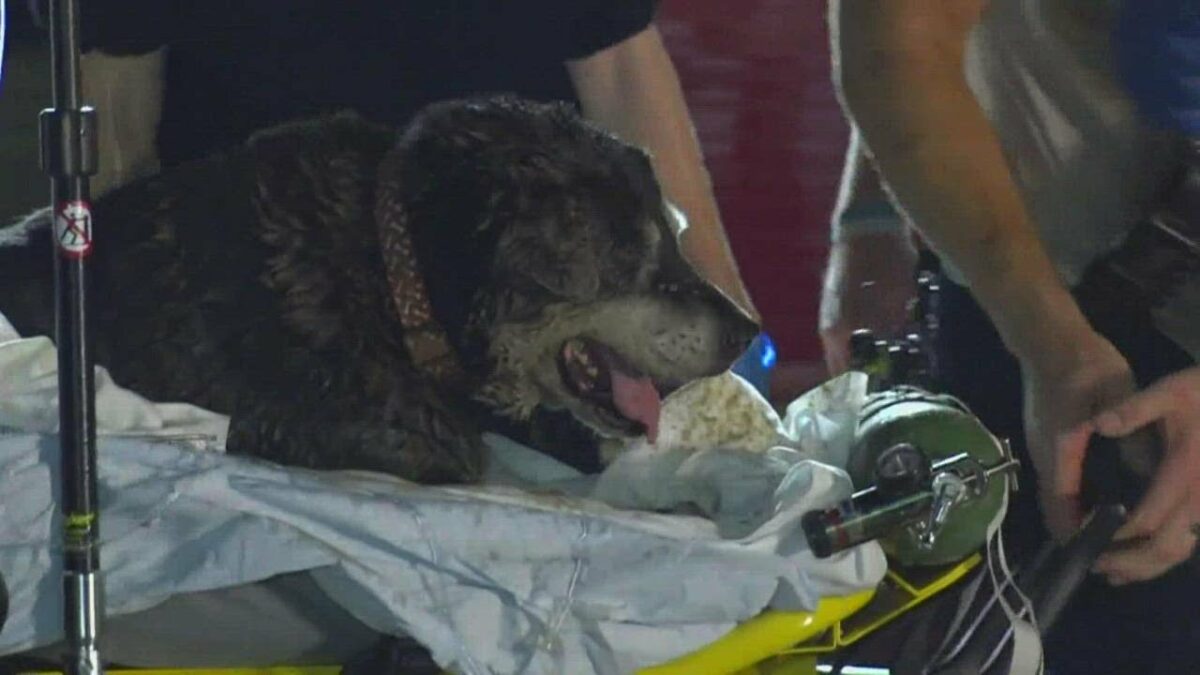 Last Thursday, a 15-year-old dog named Zoey wandered away from her home in Arlington, Texas, and found herself trapped underground.

It took city rescue crews, the water company, police, firefighters, paramedics and one helpful kindergartener to free her again — but she’s home and safe, thanks to the kindness of many strangers.

When Zoey initially got out and the Tankersly family went looking for her, they faced an immediate handicap: They couldn’t simply call for their dog, because she was deaf.

So they canvassed the surrounding area, and mom Andrea took to social media to alert the locals.

“I put on NextDoor app, you know, ‘we’re missing our dog, if you see it,’ and people were literally like, ‘Here’s my number, call me, I will come help you find it,'” Andrea told WFAA-TV. “People were hearing animal sounds, but they were hearing them all over the neighborhood.”

Neighbors reported barking, and eventually it was tracked to a storm drain. The water company was able to use a camera put down the storm drain to confirm that the dog was there — but she was hundreds of feet from the entrance.

Locating her was only the first step, though. Her position put her under a road, beneath dirt and concrete. Thankfully, multiple agencies showed up and got to work freeing her just before noon.

As the hours passed, the family waited anxiously for Zoey to be freed.

While lots of heavy equipment was used to break through the road and drain, it was a young boy who cheerfully provided another piece of equipment: his skateboard, so that the rescue team could roll down the drain on the device to access and retrieve the dog.

“He was just so enthusiastic about helping us,” Officer Kristi Weil, who assisted at the scene, said. “It was just so heartwarming.”

Finally, 11 hours after starting the rescue and days after Zoey had gone missing, she was brought up from beneath the road and returned to her family.

“This weekend, AFD crews were dispatched to the 4900 block of Kelly Elliott Rd after a report of a dog stuck in a storm drain,” the Arlington Fire Department posted on Facebook. “15-year-old Zoey had been missing for a few days. AFD’s Technical Rescue Team was sent to evaluate the most appropriate way to remove the dog.

“Zoey was over 400′ from the nearest entrance into the storm drain. Crews had to remove concrete and access the pipe. Zoey was removed at 10:42PM and taken to an Animal Medical Center.”

“It has been amazing,” Weil added. “Everyone has been so helpful. There have been cheers of joy, and tears, when Zoey was rescued. And I love seeing the community turn out and cheer a successful end to this. And for a family to have their beloved pet returned to them at the end of the day.”

The senior dog got some much-needed rest and spent a day under observation at the animal hospital, but is back with her family once more — and not much worse for wear.

“Miracle, definitely,” Andrea said of the whole ordeal. “Miraculous. I don’t know how she came out not more broken or more injured.”