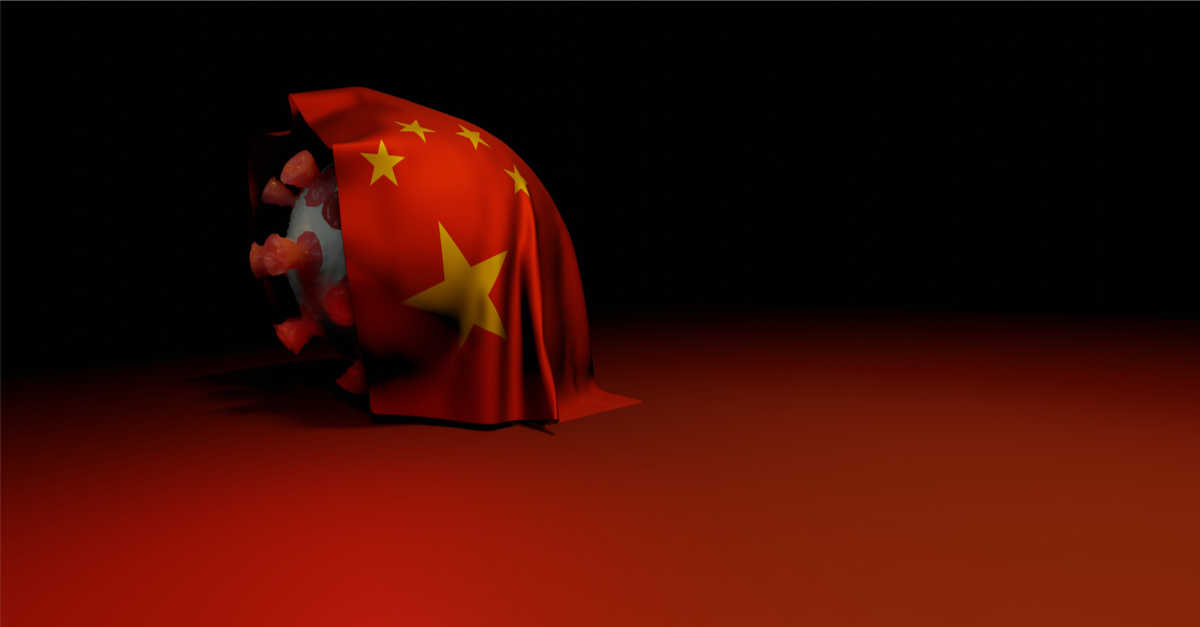 The following article, China Laughably Tries Blaming USA for Creation of COVID Pandemic, was first published on Flag And Cross.

China must sense rough seas ahead.  They’ve got to know that, when a long-awaited report on the origins of COVID-19 goes public, that they are going to be saddled with a mountain of culpability, or, at the very least, a reputation as a reckless, ticking time bomb on the world’s stage.

Otherwise, they wouldn’t be resorting to some of the absolute gibberish they’ve been spouting of late.

State-owned news outlet China Global Television Network (CGTN), based in Beijing, on Wednesday published a number of articles that aimed to paint the U.S. as desperate to “scapegoat” China while simultaneously pushing conspiracy theories that COVID-19 instead originated at labs in the U.S.

China has repeatedly speculated that the U.S. leaked the virus, pointing to Fort Detrick and the University of North Carolina labs as possible sources of COVID. Fort Detrick is a military installation that contains biomedical labs that research viruses including Ebola and smallpox.

CGTN published a headline arguing that the U.S. “should” invite the World Health Organization to investigate the labs, while another article outright labeled the U.S. probe into COVID-19 origins “propaganda against China.”

Yet another headline from the “First Voice” daily column pre-empted the report by claiming that “U.S. spies are wrong about many things, including COVID-19.”

“The United States says it lacks information from China,” Chinese Foreign Ministry spokesman Wang Wenbin said at a daily news conference on Wednesday. “I can tell the United States that this is just an excuse to cover up the failure of its intelligence in origin tracing.”

There’s no way of knowing if China’s suddenly bold accusations would have been so prevalent had Donald Trump remained in office after the 2020 election, especially given what we know about the Biden family’s close ties to Beijing.