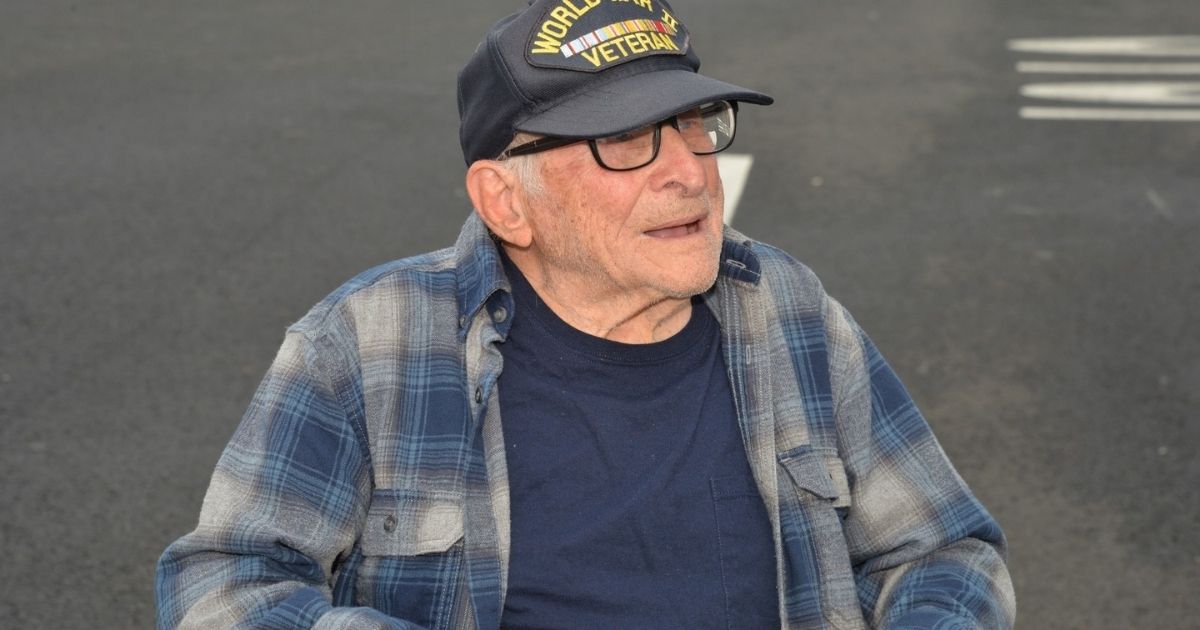 The following article, World War II Vet Celebrates His 100th Birthday: 'Every Day Should Be for Him', was first published on Flag And Cross.

Benny Ficeto has lived quite a life. At 100 years old, he continues to live quite a life, as he’s made a big impact on his community in Edison, New Jersey, and through his former job.

Ficeto has a work ethic that would put most people to shame. Not only did he serve his country in the military during World War II, but he also worked a job up until last year, when the pandemic finally convinced him to retire.

Most people call it quits in the work world before hitting their 90s, but not Ficeto, who spent eight years working at a Stop & Shop in Bloomingdale, New Jersey, before moving to the location in Edison, New Jersey, for his last ten years of work.

He found the job revitalizing. According to Daniel Reynolds, his nephew, and Melissa Malley, Reynolds’ girlfriend, Ficeto refused to stop working despite his advanced years because it would be “senseless to do so.”

“Working at my age gives you purpose,” he said, according to what Reynolds and Malley told Fox News.

This year marked the big 100, but Ficeto was also recognized for his 98th by many news outlets, and last year his former employer arranged a drive-by birthday parade in honor of his 99th.

Stop & Shop threw an extra-special party on Monday, with music, food and a special surprise.

In honor of Ficeto’s contributions, both to his nation and his job, the local shop designated a parking spot as veterans-only and dubbed it “Benny’s Spot.”

“It says in honor of Benny for his service to the store and his country,” spokesperson Stefanie Shuman said. “He knew the day was for him. Every day should be for him in my opinion.”

“Benny was a Stop & Shop associate for 12 years, and though he retired at the start of the pandemic, he will forever be a part of our family.

“The store dedicated a veteran parking space in his honor and threw him a surprise birthday party complete with entertainment from America’s Sweethearts NYC and of course, cake.”

Customers who’d met Benny before chimed in, at least one saying that Benny the Bagger always made him smile.

“Always enjoyed seeing Benny when he worked in the Bloomfield store…always upbeat and helpful….I could always leave the store smiling if he was bagging for me,” the person commented on the Stop & Shop post.

“People would wait in line even if there was an open register, they would wait because they wanted Benny to bag their groceries,” Shuman confirmed.

Plans are already in the works to celebrate Ficeto’s 101st birthday because as Shuman said, “he’s still part of this family and we will continue to celebrate him.”

Continue reading: World War II Vet Celebrates His 100th Birthday: 'Every Day Should Be for Him' ...