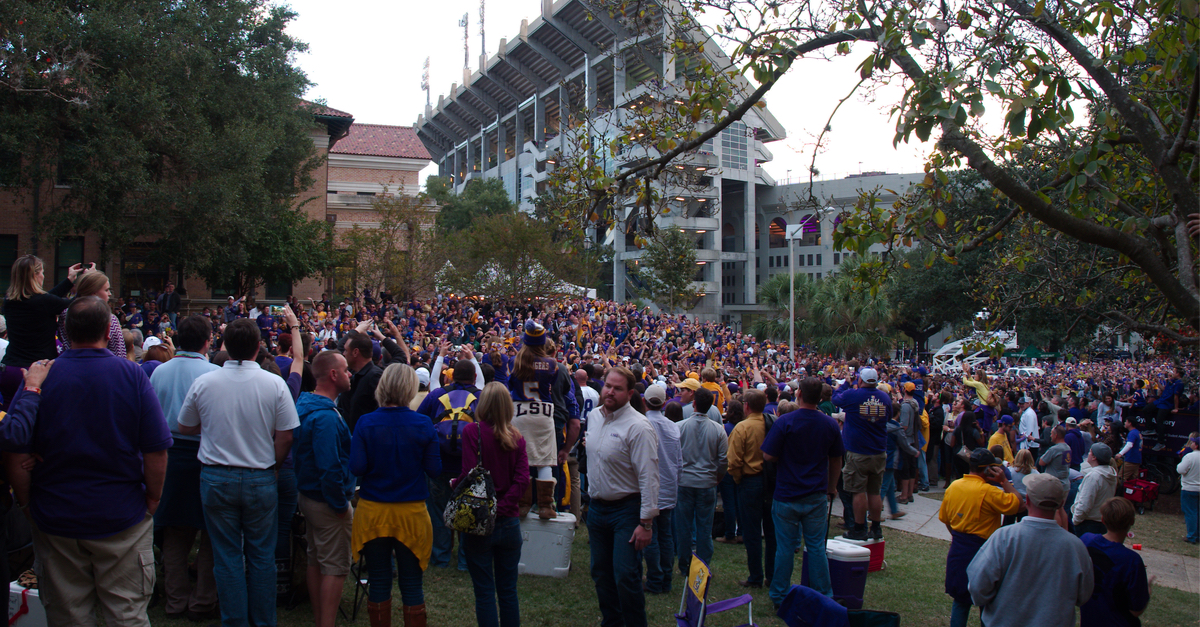 The following article, Vaccinations and Tests Now Required for SEC Football Fans at Deep South School, was first published on Flag And Cross.

There are but a few weeks left until NCAA football returns to America, and fans across the country are gearing up for another rip-roaring season between the hashes.

And, in the pantheon of collegiate football, nobody does it like the SEC.

The Southeastern Conference has been atop the NCAA football dog pile for decades, producing more championship teams than any other organization in the sport, and doing so in a dominant manner and cementing their status as the premiere American football conference in all of college sports.

Now, as folks in the south begin preparing their tailgate plans and are gathering their last-minute team gear, a new accessory is making it’s way to the stadium:  COVID vaccinations.

Citing the “significant threat” posed by the coronavirus, the Louisiana State University athletics department on Tuesday became the first Southeastern Conference school to mandate proof of COVID-19 vaccination or negative COVID-19 test results to gain entry to its football stadium.

The announcement comes less than two weeks before the LSU Tigers kick off the 2021 football season against UCLA on Sept. 4 in Los Angeles. Meanwhile, the Tigers’ home opener is slated for Sept. 11 against McNeese State at Tiger Stadium in Baton Rouge.

The announcement was already receiving plenty of feedback online, and one can only imagine that the LSU ticket office staff is being inundated with angry emails and phone calls this week, especially on account of the announcement arriving just days ahead of the season’s first game.