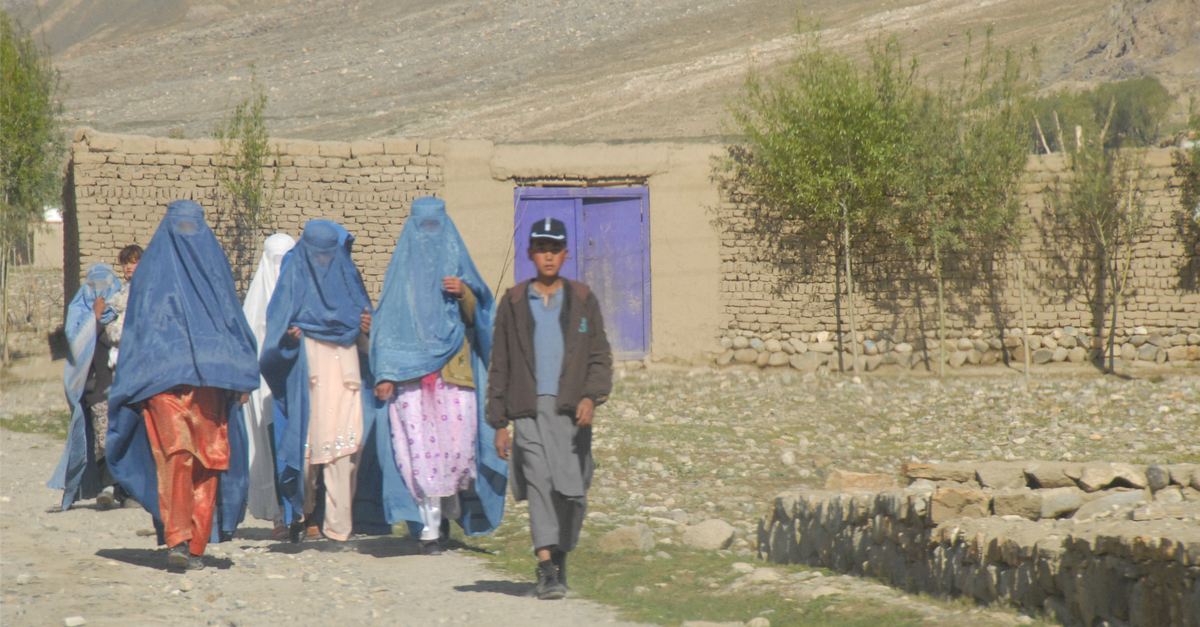 The following article, Taliban Warns Afghan Women to Remain at Home, Say Soldiers Pose a Threat, was first published on Flag And Cross.

As soon as it became apparent that the Taliban were going to overrun the nation of Afghanistan at a record-setting pace, fears began to circulate regarding just what their next reign could look like.

The ultra-orthodox Islamic regime has long been considered one of the worst human rights offenders in the world, and particularly as it pertains to their treatment of women.  Compared to western standards, the Taliban essentially view women as objects and accessories, to be used and abused by the men in their lives with little expectations of anything else.

And now, despite the continued suggestion that this “new” Taliban will be much more moderate, the organization itself appears unable to guarantee that.

Taliban spokesperson Zabiullah Mujahid said at a news conference on Tuesday that women should not go to work for their own safety, undermining the group’s efforts to convince international observers that the group would be more tolerant towards women than when they were last in power.

The instruction came the same day that the World Bank halted funding in Afghanistan, citing concerns about the safety of women, and within hours of the UN calling for a “transparent and prompt investigation” into reports of human rights abuses since the Taliban takeover.

The warning came on account of the untrained nature of Taliban soldiers.

Mujahid said the guidance to stay at home would be temporary, and would allow the group to find ways to ensure that women are not “treated in a disrespectful way” or “God forbid, hurt.” He admitted the measure was necessary because the Taliban’s soldiers “keep changing and are not trained.”

“We are happy for them to enter the buildings but we want to make sure they do not face any worries,” he said. “Therefore, we have asked them to take time off from work until the situation gets back to a normal order and women related procedures are in place, then they can return to their jobs once it’s announced.”