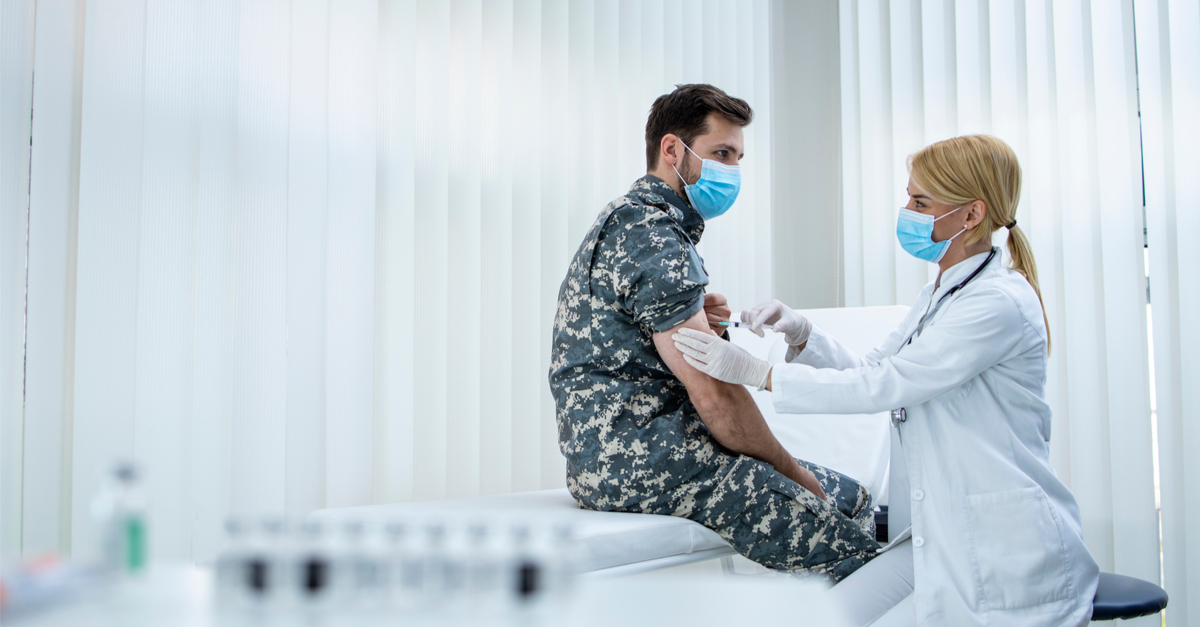 The following article, Pentagon Commands All Troops be Vaccinated ASAP, was first published on Flag And Cross.

When it comes to vaccine hesitancy, there are a couple of theories as to what exactly is holding some Americans back from receiving their COVID-19 inoculations.

First and foremost, there are those in this nation who are simply uncomfortable with vaccinations of any kind, let alone a shot that has been developed so swiftly and under duress.

In an attempt to quell this concern, the FDA fast-tracked full approval of the Pfizer version of the vaccine, albeit without any public input session.  The US government had hoped that this would help move the needle on vaccination rates, largely due to corporations and organizations no longer fearing litigious retribution now that the FDA has put their stamp of approval on the jab.

This appears to have been true for the US military as well, who are now mandating vaccinations for all service members just a day after the FDA’s announcement.

More than 800,000 service members have yet to get their shots, according to Pentagon data. And now that the Pfizer vaccine has received full approval from the Food and Drug Administration, the Defense Department is adding it to the list of required shots troops must get as part of their military service.

The Austin memo does not dictate a specific timeline for completing the vaccinations. But it says the military services will have to report regularly on their progress. A senior defense official said that Austin has made it clear to the services that he expects them to move quickly, and that this will be completed in weeks not months.

There was no reading between the lines, either.

“To defend this Nation, we need a healthy and ready force,” Austin said in the memo. “After careful consultation with medical experts and military leadership, and with the support of the President, I have determined that mandatory vaccination against coronavirus disease…is necessary to protect the Force and defend the American people.”

The decision comes as a great debate rages in the United States as to whether or not the government has any right to overrule the bodily sovereignty of its citizens.