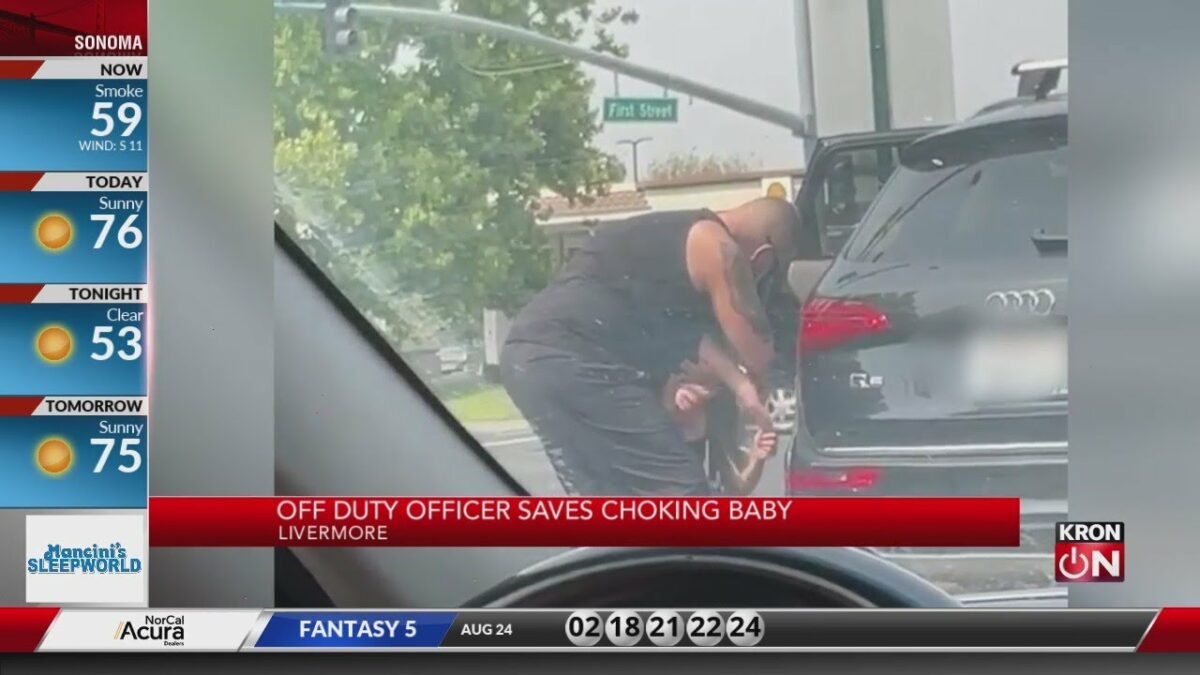 The following article, Off-Duty Officer Notices Woman on Side of Road with Choking Baby, Performs CPR as Child Turns Blue, was first published on Flag And Cross.

Emergencies don’t wait for first responders to be on the clock. Even when police officers are off duty, they jump in to help when they’re needed.

Officer Gilbert Troche of the San Pablo Police Department was out enjoying his downtime with his family in Livermore, California. They’d just caught a movie and were driving home when he saw something suspicious.

A woman was on the side of the road near a stopped car, her baby against her shoulder and clearly in distress.

Seeing her in such a state, Troche knew she needed help, even if he didn’t know what kind.

“She appeared to be crying hysterically,” he said, according to KRON-TV. “She was holding her baby kind of against her shoulder, so I stopped the car, I jumped out, and I went over to her.”

The baby’s face was turning blue. It wasn’t breathing.

Troche quickly began to perform CPR on the infant while the mother tried to clear its mouth.

In a video of the incident, the officer can be seen delivering back blows. He looks back toward his family in the car and tells them to call 911.

Within a few minutes, the baby’s throat was cleared. After it threw up, it started crying — a beautiful sound to all involved.

“This past weekend our very own Officer Troche was out enjoying his time off with his family when they came across a mother stopped on the road in a state of distress,” the San Pablo Police Department posted on Facebook on Wednesday.

“Officer Troche realized her baby was having a medical emergency and he leapt into action. Officer Troche began life-saving measures on the infant and was able to get the baby breathing again.

“Officer Troche’s heroic actions are nothing short of a miracle and we are extremely proud to have him as a member of our Police Department. His quick thinking and decisive action no doubt saved a life.”

Family members and strangers have shared the story and called him a hero for his intervention, but he has brushed the label aside.

“I definitely don’t feel like a hero,” he said. “I think that anybody in that situation that [had] seen her there as distraught as she was would have probably tried to do the same thing.”

But on that day, for that mother and child, it was Troche who stepped up and helped out. No doubt he’ll always be a hero to them.