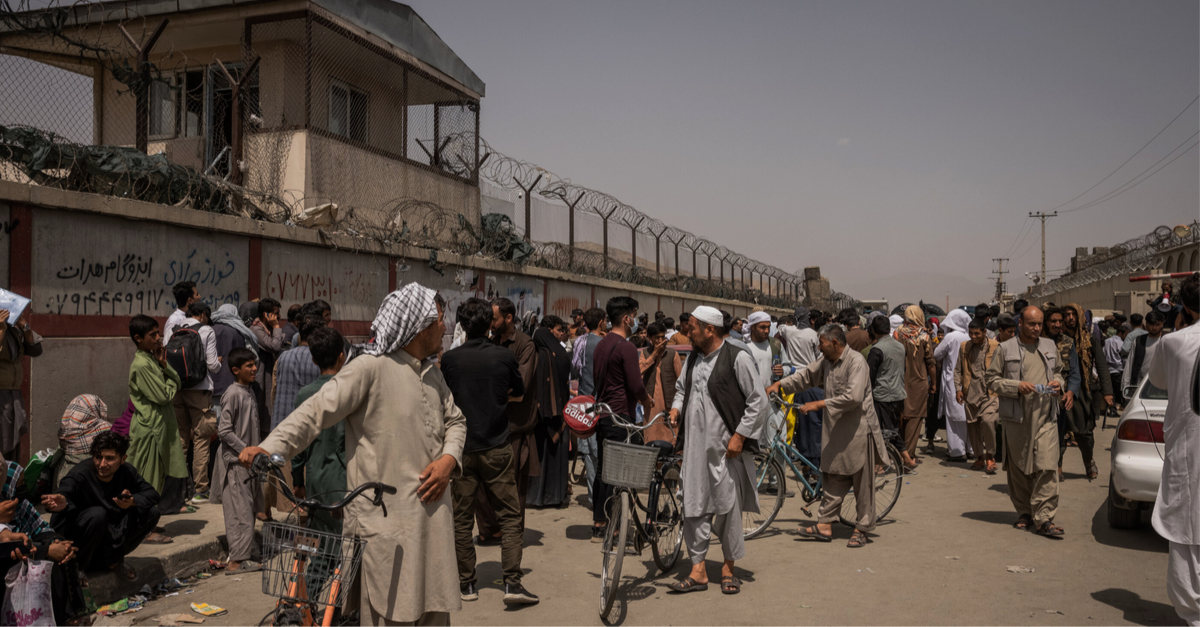 The following article, Kabul Evacuee from Texas: ‘It Is a Front-Line War’ to Escape, was first published on Flag And Cross.

The Biden administration is certainly in what most would call “damage control” mode at the moment, attempting to put a calm and collected face on the events in Afghanistan, after the President’s expedited timeline for US troop withdrawal has created a hellacious situation for those hoping to escape the terror-prone Taliban.

Things are particularly dire in Kabul, where American and allied forces are continuing to work around the clock to evacuate as many people as they can.  This, despite estimates that there is no possibility of getting everyone necessary out of the country by the Taliban’s hard August 31st deadline, and in spite of the Taliban’s blocking of the road to the airport in order to trap Afghani nationals in-country.

But that cool and collected retelling of the situation is fading fast, especially as Americans begin to relay their own harrowing tales of trouble.

“We’ve seen a lot of bottleneck in terms of who is getting into the airport,” said Laura Collins, director of the Bush Institute-SMU Economic Growth Initiative at the George W. Bush Institute.

The Institute, located in Dallas, has become a global leader in helping advance the role of women in Afghanistan.

Collins said women made enormous gains there over the past two decades.

“Where women weren’t able to go shopping or go anywhere without a male escort to a place where women rose to prominent levels in government,” Collins said.

Rafi Azim is a former U.S. military interpreter who now lives in Austin with his family.

He said he returned to Afghanistan earlier this month to help his family move to Kabul, a city he thought would be safer for them.

Then the Taliban took over.

Azim said it took three days to make it on a U.S. military flight out of Afghanistan after surviving a chaotic crush of people outside the airport’s U.S. perimeter.

Then came the most potent soundbite yet about the situation.

“It is not an airport. It is a front-line war. I’ve been in a war a lot, seen a lot of fires, gunfires, I never seen something like that, never,” Azim said.

The Taliban has repeatedly suggested that they will not allow the US to continue their evacuation efforts after August 31st, but the Biden administration continues to suggest, (without evidence), that this discussion is ongoing.

Continue reading: Kabul Evacuee from Texas: ‘It Is a Front-Line War’ to Escape ...