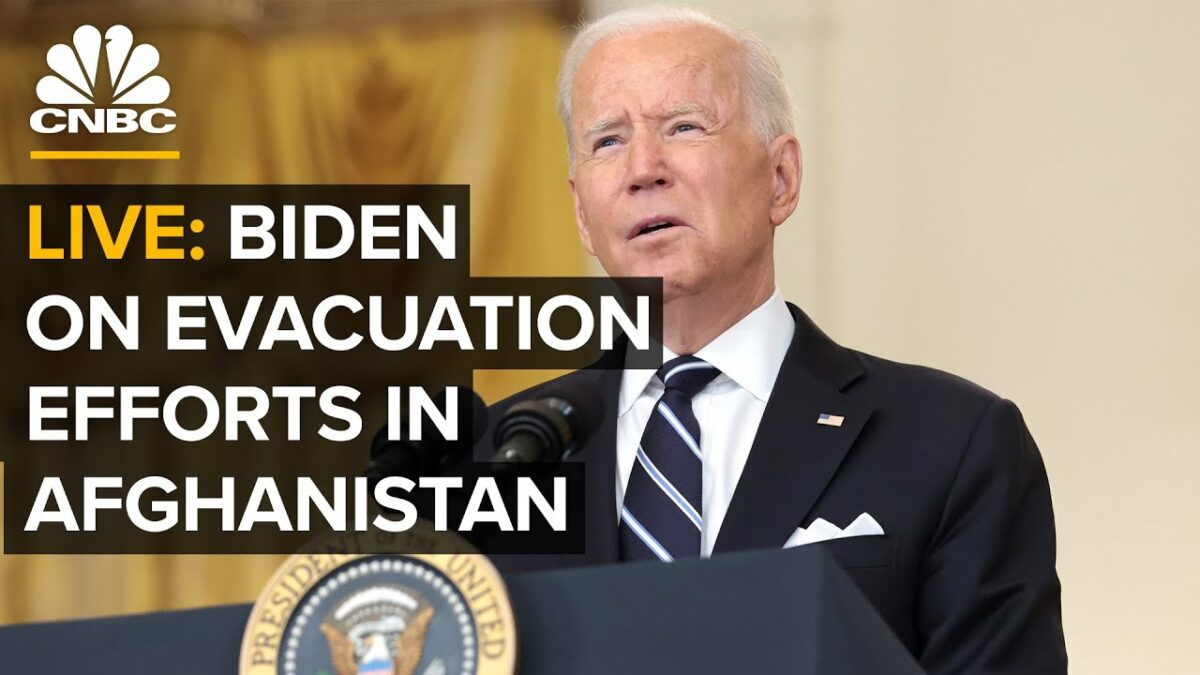 A man taking care of two children who were separated from their parents in the pandemonium outside the Kabul airport this week had some choice words for President Joe Biden from the perspective of one living through the nightmare of the Afghanistan evacuation crisis.

ITV reported that British citizens are being blocked from leaving Afghanistan amid the desperate rush to flee the country following the Taliban takeover.

One man, who appeared to be caring for two young children who had reportedly been left behind outside the Kabul airport, told the outlet that the horrific scene was absolutely Biden’s fault.

“Mr. Biden, you did this. You planned this. You made the deal with the Taliban,” the infuriated man said.

“This is the consequences of it. This is the repercussions of it. Mr. Biden, it’s your ill calculation. You were against Trump, now we’re against you,” he added.

‘Many of these men served us, today we’re slamming the gate on them and their families – it doesn’t feel great to be British on this side of the fence today’

While the Taliban has given U.S. forces until Aug. 31 to fully withdraw from the country — threatening “consequences” should the deadline be ignored — the U.K. is insisting that Western forces remain until the evacuation is complete.

The British have sent troops outside the Kabul airport to rescue citizens, and the U.S. conducted a similar operation this week. But many are still facing problems evacuating.

A U.K. passport holder issued a message to his government by way of ITV, urging Prime Minister Boris Johnson to “just get us out of here.”

“I’m a British citizen, my kids are British and they’re stuck here,” the man said. “They closed the door on us.”

“Our kids are struggling and we’re all in a big mess here. The British Army is right behind these fences, they’ve closed the gate and they’re not letting no one in.”

Back in Washington, Biden continues to downplay the unfolding disaster while appearing to roll over to the Taliban’s demands.

Last week, he denied reports that Americans were having trouble getting to the Kabul airport — and was contradicted minutes later by his own defense secretary.

On Monday, White House press secretary Jen Psaki declared it “irresponsible” to say that Americans were stranded in Afghanistan and said the administration was working on “any way that we can possibly reach Americans to get them home if they want to return home.”

“If they want”? Are we to assume some Americans would prefer to hang out in Afghanistan and see how the whole Islamic caliphate thing works out?

And it’s only gotten worse.

On Tuesday, Biden addressed the nation on the continued efforts to evacuate Americans from Kabul and started off his remarks by touting the success of his economic relief bill.

Oh, and he finished by walking away from reporters as he was asked if he could guarantee that all Americans would be rescued before the last U.S. troops pull out.

Biden walks away as he’s asked if he can guarantee that every American will be evacuated before our troops leave. pic.twitter.com/H53GWhYv2h

Leftists can blame former President Donald Trump all they want for the Taliban’s successful military campaign amid the U.S. withdrawal, but he was not the commander in chief when Afghanistan fell last week.

Biden was — and he is and will forever be responsible for the horror playing out in Kabul right now.