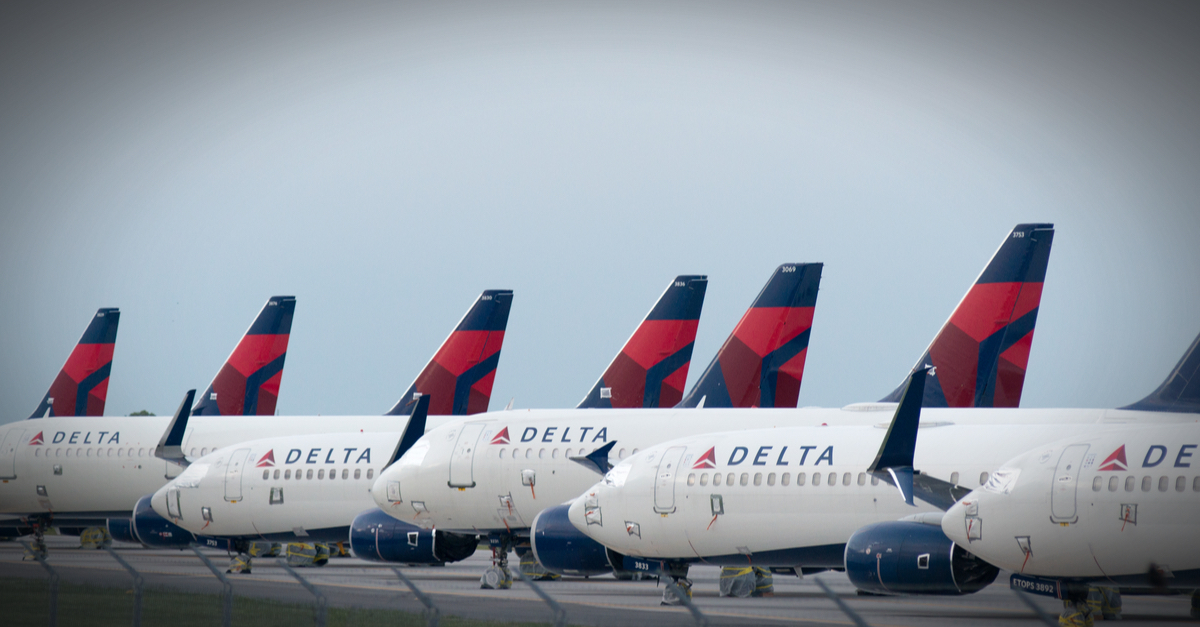 The following article, Delta to Charge Unvaccinated Employees $200 per Month, was first published on Flag And Cross.

There have been plenty of ways in which corporations and governments have attempted to incentivize COVID-19 vaccines among employees and constituents, with some garnering some serious results.

Lotteries in states like Ohio helped to create a small spike in vaccination rates among the public, and some airlines have even given their employees an ultimatum:  Get vaccinated by a certain date or lose your job.

Delta Airlines is going a different direction though, and will be hitting their unvaccinated employees with a rather sizable surcharge for their medical choice.

Delta Air Lines Inc. will impose a $200 monthly surcharge on employees who aren’t vaccinated against Covid-19, becoming the first major U.S. company to levy a penalty to encourage workers to get protected.

The new policy was outlined in a memo from Chief Executive Officer Ed Bastian, who said 75% of the carrier’s workers already are vaccinated. Increasing cases of coronavirus linked to a “very aggressive” variant are driving the push for all employees to get the shots, he said in the note to employees Wednesday.

And the deadline is fast approaching.

The fee applies to employees in the airline’s health-care plan who haven’t received shots by Nov. 1. The company also will require weekly testing for employees who aren’t vaccinated by mid-September.

A rather large contingent of the United States is still uneasy with the idea of being vaccinated against COVID-19, and the efforts to persuade them, (or railroad them into it), have been met with staunch opposition.

Many have claimed that this is a medical choice, and that their bodily sovereignty is far too precious to be dictated by anyone other than themselves.

Hi, I’ve had my shots but not really wanted to. i have two brothers that are under government care in Europe that had their shots so to see them it was required that I too need to receive the vaccine. My decision was that President Trump and family had their shot to prove it was safe then it was safe. Now that the FDA has approved of the vaccine I see that there is no need to not take it unless knowly that medically it might harm you then by God don’t take it, but be careful and get tested… Read more »