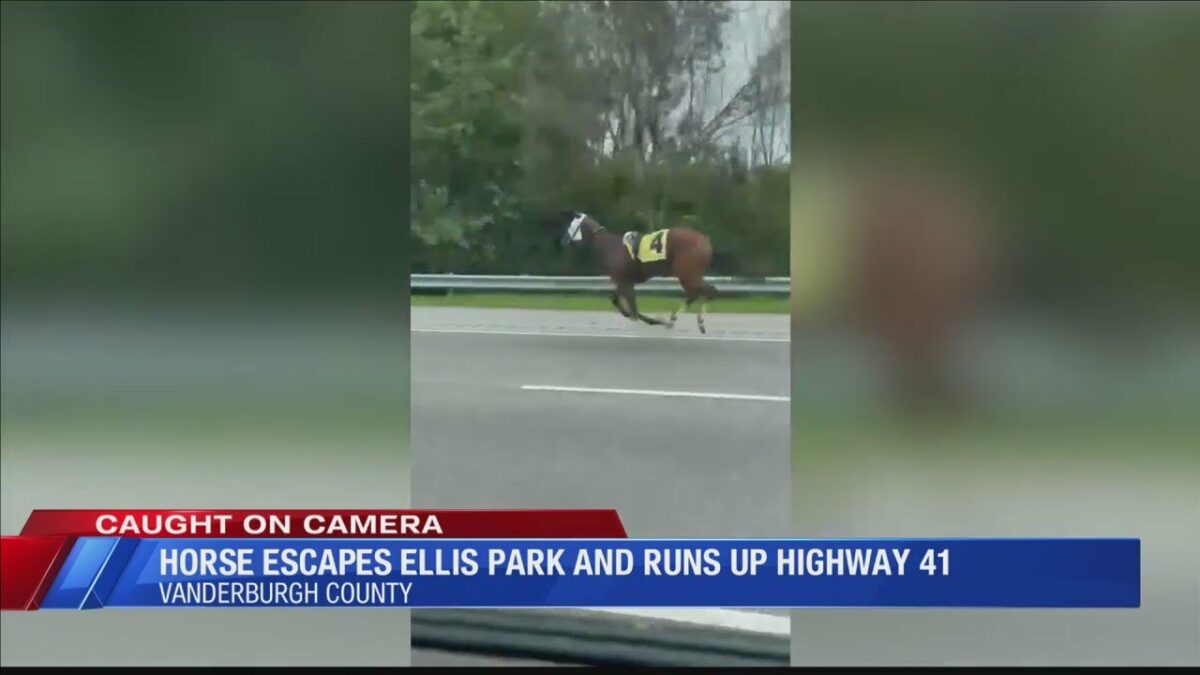 The following article, VIDEO: Racehorse Goes Rogue, Bucks Rider, Sets Out on Interstate for Parts Unknown, was first published on Flag And Cross.

Everybody knows a racehorse is made to run. And on Saturday, that is exactly what a two-year-old filly named Bold and Bossy did — in a way that will make her a western Kentucky legend for years to come.

The horse had come from Lexington to race at Ellis Park in Henderson, according to The Associated Press.

But as she was being led to the track with jockey Miguel Mena aboard prior to the first race, she decided that life had better things to offer than running in circles, according to the Lexington Herald-Leader.

Mena was tossed to the ground while Bold and Bossy headed off of the track and then out of Ellis Park.

Her horse sense said taking the interstate was the best way to travel.

That led motorist Cullen Stanley, who was driving along Interstate 69, to comment.

“Horse running at me full speed on I-69 today,” he wrote on Facebook. “No idea how it started or ended. Odd times we live in.”

The horse then headed north in the southbound lane of U.S. Highway 41.

Sue Hartig and Gerald Summers say they were able to calm the horse a little and slow her down, according to WFIE-TV.

Then came Posey County Sheriff Tom Latham, who, despite a lack of rodeo experience, knew what to do.

He said he pulled his truck off the road ahead of Bold and Bossy, jumped a guardrail and grabbed her lead. After Latham’s actions, the horse, tired from all of this adventure, was able to be calmed down.

“Thank God for all the people who jumped in to go find her because she left town,” her owner-trainer, Michael Ann Ewing, told the AP.

Ewing said Bold and Bossy lost two shoes on the jaunt. She also suffered a heel scrape as well, but the injuries were not serious.

The animal’s main issues when she was stopped were the heat and dehydration.

Jack Hancock, a trainer who participated in the chase, said the horse was wearing her blinkers as she rambled.

“She couldn’t see anything beside her, so that made it a little worse trying to catch her,” he said.

“I’ve been here all my life, and I’ve never seen one to do a run like this, not that far and not that much highway.”

Horses that flee the track often go to the friendly confines of their barn, but Bold and Bossy was from out of town, he explained.

“She didn’t know where to go home.”