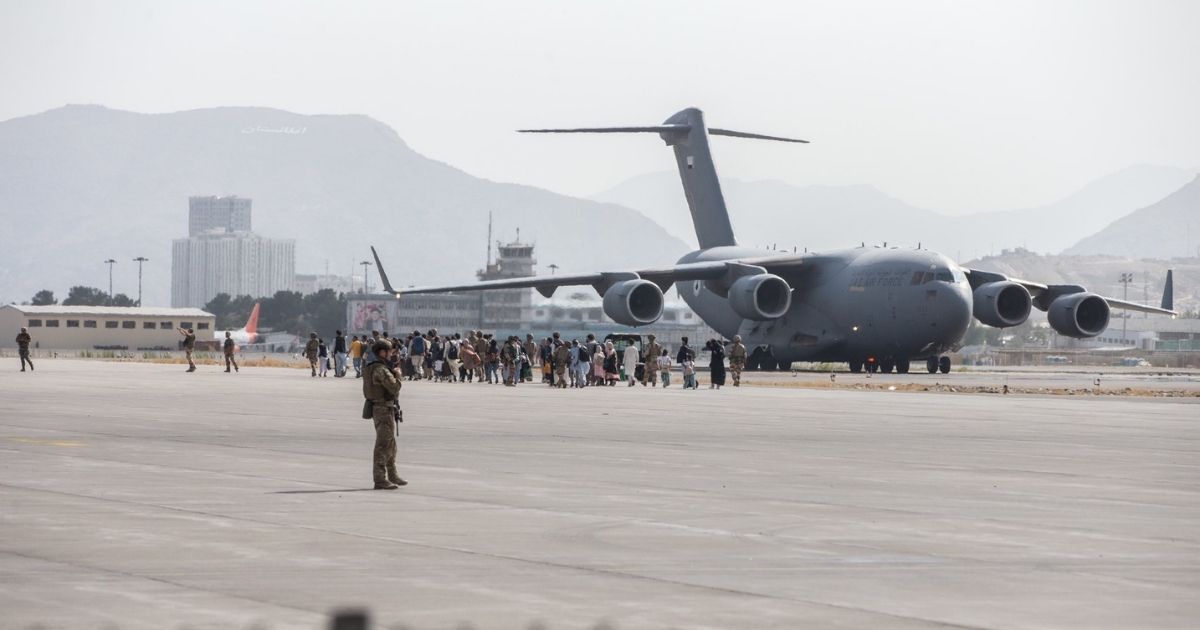 The Biden administration has botched its response to the Afghanistan crisis in so many ways it has become hard to keep count.

At a quick glance, the tweet seems innocent enough. However, a closer investigation would reveal that the C-17s pictured do not appear to be American.

One Twitter user zoomed in on the pictures of the aircraft to show the words “UAE Air Force” on the side. This would seem to be a clear indication that they are not, in fact, U.S. Air Force C-17s.

Other Twitter users also noticed the error and expressed concern and frustration that the DOD would make such a blatant error.

That’s not a @usairforce C-17, @DeptofDefense. Wrong country. Glad to know you guys are in command of the situation.

Sorry, but the C17 has United Arab Emirates

In true liberal fashion, trying to lay claim to someone else’s work. That plane belongs to the United Arab Emirates. Pretty easy to spot, I mean it doesn’t have a US flag, and it clearly states it’s the UAE Air Force… #FactChecked

There are two conceivable explanations for the DOD’s embarrassing blunder, neither of which is particularly encouraging for Americans.

First, the department could be so incompetent that it truly thought the aircrafts were from the U.S. Air Force. This would obviously be a concerning lack of awareness from such an important department.

The second option is that the DOD is actively lying in an attempt to manufacture a positive image to distract from the horrifying ones we have seen for days now.

Either way, the blatant mistake should be concerning for any American. Whether it is lying are just incompetent, the Biden administration increasingly looks unfit to lead the country.

Sadly, this is far from the first time the Biden administration has lied about the Afghanistan crisis. On Monday, White House Press Secretary Jen Psaki suggested there are not any Americans still stranded in Afghanistan.

PSAKI: “I think it’s irresponsible to say Americans are stranded. They are not.”

DOOCY: “‘There are no Americans stranded’ is the White House’s official position on what’s happening in Afghanistan right now?” pic.twitter.com/0FEq5VkO6V

Multiple reports have detailed how dangerous the journey to the airport has been for many Americans. While they may not technically be “stranded” by a strict definition of the word, they are unable to safely secure passage back to the United States.

The latest DOD misstep encapsulates the entire Biden administration response in Afghanistan — a mixture of lies and ignorance.

As Americans remain endangered in Afghanistan, the DOD is seemingly more worried about their public image on Twitter. That’s a damming picture of the Biden administration.