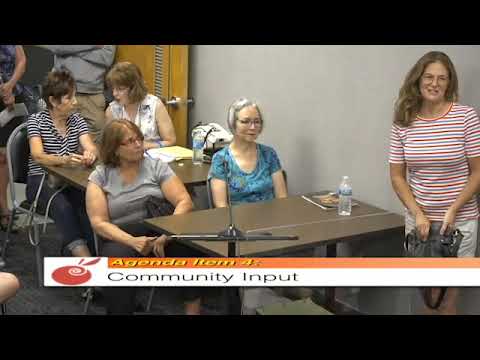 The following article, Obama Disciple Takes Over School, Trashes Horrified Parents as Full of 'Bigoted Bull***', was first published on Flag And Cross.

At the top of Ryan Vernosh’s Twitter account is a header image of the late Democratic Rep. John Lewis, along with perhaps his most famous quote: “Never, ever be afraid to make some noise and get in good trouble, necessary trouble.”

It’s the only public statement you’ll see on Vernosh’s Twitter account as of right now, as he’s locked his tweets. Vernosh, the 2010 Minnesota teacher of the year winner, likely thought he was engaging in some “good trouble, necessary trouble” when he confronted a resident of a town where he’d recently accepted a job as a principal.

Instead, Vernosh told that resident — a high school employee himself — that his opposition to transgender pronoun usage for children was “bigoted bulls***” and that he was contributing to teen suicide.

“I would kindly ask you to take your bigoted bulls*** off my timeline while I send positive energy …,” Vernosh wrote, according to the conservative, Minnesota-based Alpha News, which posted screenshots of the exchange.

That was trouble, all right. As to whether it was the kind of trouble that’s “good” or “necessary,” the fact Vernosh’s tweets are now protected should probably give you the answer to that.

Vernosh was hired this year to be the principal at Brimhall Elementary School in Roseville, Minnesota, a Minneapolis suburb.

While holding the title, Vernosh was “one of a dozen educators who will weigh in regularly on an Obama administration push to overhaul the teaching profession,” the St. Paul Pioneer Press reported at the time.

It’s safe to say that the Obama administration was not exactly open to conservative ideas in general. But its determination to move American public education to the left was particularly ferocious. For a job like an “ambassador fellow” for the Obama administration, only an Obama disciple — especially when it came to transgender issues — would do.

(Alpha News’s coverage of Vernosh’s latest foray into the public eye included a nifty picture of the lefty educator standing with the lefty president during the Obama White House years that had been taken from Vernosh’s Twitter account.)

Roseville resident Alan Holasek told a recent district school board meeting that he looked up Vernosh when he was hired this summer. Holasek is an educator at Mayer Lutheran High School and his wife used to tutor at Brimhall Elementary. He was alarmed, he said, when he found the educator’s Facebook page.

“I found numerous posts that were problematic, but one that stuck out to me the most was a post that was promoting transgender pronoun usage for children,” Holasek said.

“This post encouraged students to reject basic biological realities and to affirm falsehoods.”

Holasek responded to this post bluntly, but fairly: “Kids need to learn that the world does not revolve around their feelings and that you cannot ‘transition’ from one sex to another,” he commented, according to screenshots.

“This type of teaching is incredibly damaging to children, and if you are going to be a principal of a school, you need to change this.”

Check out the video here:

Vernosh responded bluntly, but demagogically, according to the screenshots.

“How DARE you. How dare you come here and disparage our youth that are transgender or non-binary,” Vernosh wrote. “How dare you, as a high school employee, contribute to the pattern of increased suicide risk by denying people who they are.”

“I will not tolerate this kind of hate,” he continued. “Your refusal to believe and support youth puts innumerable youth at risk.”

He posted a graphic that stated, “Transgender & nonbinary youth who have their pronouns respected by most people in their lives are 50% less likely to attempt suicide.” [Emphasis original.]

Both on Facebook and at the board meeting, however, Holasek shared studies out of Sweden — a country that “has been really affirming of transgender ideology” — that suicide rates for transgender individuals were still higher.

At one point in the discussion, when Holasek wrote that there were “only two genders and you cannot choose which one you are no matter how much word play you use,” Vernosh got even nastier. according to the screenshots Alpha News published.

“You could not be more factually wrong … Sex isn’t even binary,” he wrote.

“I am going to post a few things for you to review and learn. If you can not bring yourself to do that, I would kindly ask you to take your bigoted bulls*** off my timeline while I send positive energy into the world that the harm you impart on children that do not fit into your incorrect concept of gender at Mayer Lutheran is minimal.”

Well, he did ask Holasek kindly. And he sent out positive energy. Beyond that, this wasn’t just attacking and bullying Holasek — it’s doing the same thing to every parent who believes the same thing but will now be afraid to speak up.

“If this principal is willing to say these kinds of things publicly on his social media account to a taxpaying resident of his school district, what do you think he’s going to be willing to say to our children, our teachers, and our staff members behind closed doors when no one else here is listening?” Holasek said at the meeting.

He also asked for Vernosh’s firing over the transgender pronoun debate.

“This principal, in my opinion, has demonstrated that he is not capable of love or respect for those who question the ideologies he intends to push onto our children,” Holasek said.

“We strongly urge you to find another principal who will be willing to work with the residents of our school district, and not bully or denigrate them.”

In a letter to Alpha News, district communications director Josh Collins confirmed the human resources department had been made aware of Holasek’s remarks at the meeting regarding Vernosh’s behavior and the debate on transgender pronouns.

“Appropriate steps were taken. Hiring decisions and personal matters are under the purview of the superintendent and district administration, not the school board. I’m not able to comment on the details of personnel matters,” Collins said.

Vernosh’s ugly language and accusations of bigotry were hardly anything new in the leftist world of public education, although parent and resident pushback has been.

Consider what’s happened in Virginia, where a state edict requiring local school boards to adopt transgender-friendly policies for students have received backlash, often at contentious meetings. This is another example of what happens when educators find their echo chamber can be punctured by parents with a little sense and a little courage.

Perhaps Vernosh really did think he was making “good trouble, necessary trouble” by calling someone a bigot for his beliefs in terms that make it clear he can’t be trusted to deal fairly with parents whose religion or worldview doesn’t align with his. (Disciples of former President Obama have rarely been accommodating of those who have different beliefs.)