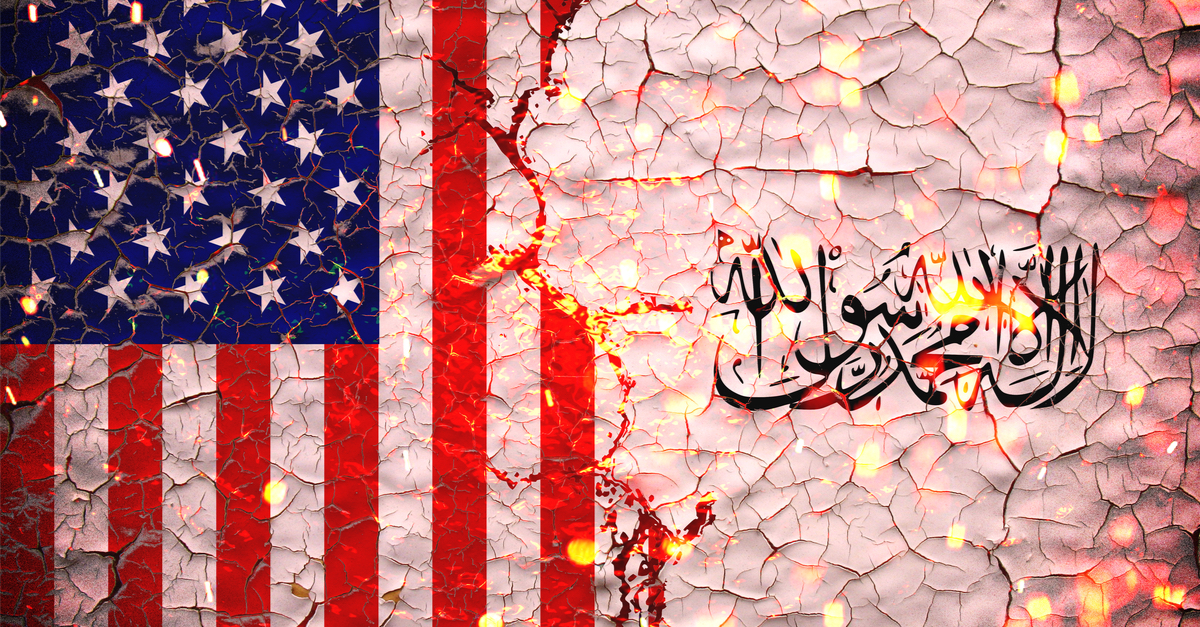 We all remember the line; “The United States does not negotiate with terrorists”.  This was the mantra of the early 21st century, as the war on terror was first coming into the spotlight, and we understood that this was nothing to trifle with.

These terror groups, (Al Qaeda, the Taliban, and the beginnings of ISIS), were a different sort of fighting force than the world had seen before, with perhaps the only exception being the Kamikaze of World War II.  They simply didn’t give a damn, and their tactics were just as gruesome and explosive as possible.

But now, as Joe Biden looks ready to hand Afghanistan off to these cretins, it appears as though his administration has decided that negotiating with terrorists is all well and good.

First reported by the Washington Post, the rendezvous was the highest-level in-person meeting between the Biden administration and the Taliban since the group took control of Afghanistan’s capital earlier this month.

The meeting took place as the U.S. continued to evacuate Americans still remaining in Afghanistan and Afghan allies who had assisted U.S. forces before their government fell to the Taliban.

France, the UK and Germany have all mentioned extending the Aug. 31 withdrawal deadline in order to carry out an orderly exit, the BBC reported.

The Biden administration has decided against extending this deadline, however, with experts and lawmakers sadly in agreement that this will lead to the abandonment of some Americans and their allies in the country, essentially throwing them to the Taliban wolves.