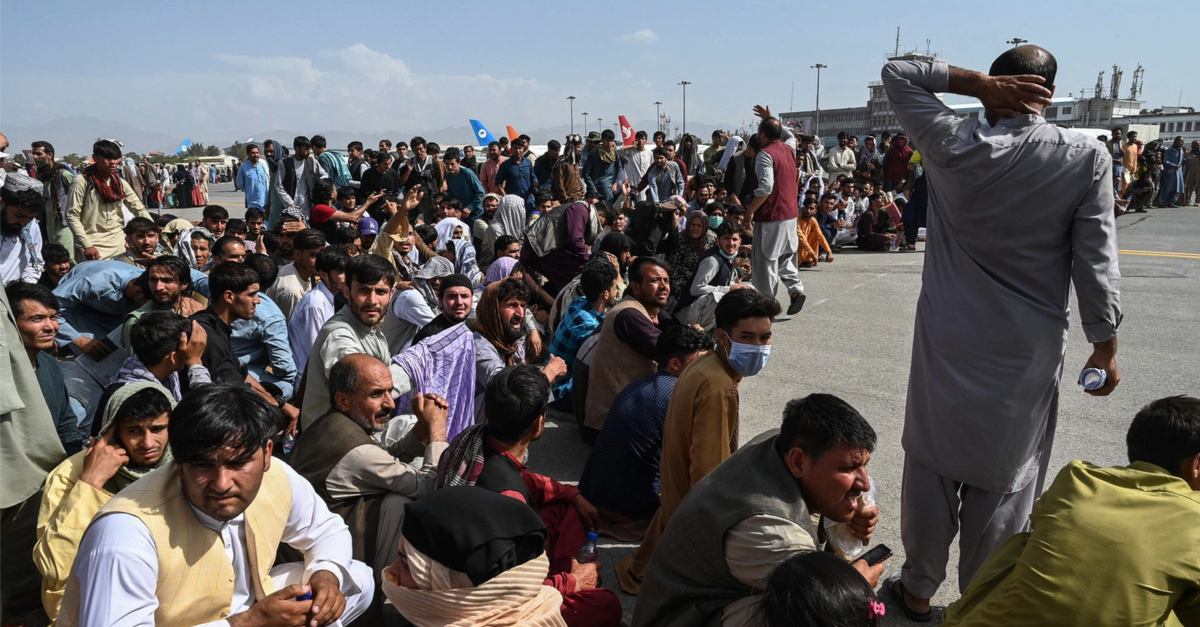 The following article, Biden Sticks to August 31 Deadline, Drawing Fears of Abandonment in Afghanistan, was first published on Flag And Cross.

The news hit like a gut-punch, late in the morning on Tuesday, and could have sickly repercussions all around the world in the coming week.

US President Joe Biden has decided that he will not be extending US forces’ withdrawal deadline in Afghanistan past August 31st, essentially abandoning Americans and American allies who cannot escape before then.

The move comes after several days of deliberation on the subject, and as experts are in agreement that not all Americans and their allies can be evacuated in such little time.

The Taliban appeared to be licking their chops at the prospect.

A Taliban spokesman says the U.S. must complete its evacuation of people from Afghanistan by the Aug. 31 date the Biden administration set for the withdrawal of all American troops.

Taliban spokesman Zabihullah Mujahid says his group will accept “no extensions” to the deadline. He says life is returning to normal in the country but chaos at the airport remains a problem. Many Afghans are desperate to flee the Taliban takeover of the country.

The decision also appeared to buck the broadly held sentiment of the G-7, who were hoping to see Biden choose to extend this arbitrary deadline for the safety of Americans and American-aligned Afghans in the region.

Translators and other local members of the coalition effort have faced beheadings and imprisonment by the Taliban, whose orthodox Islamic views could usher in a dark future for man in the newly-founded “Islamic Emirate of Afghanistan”.