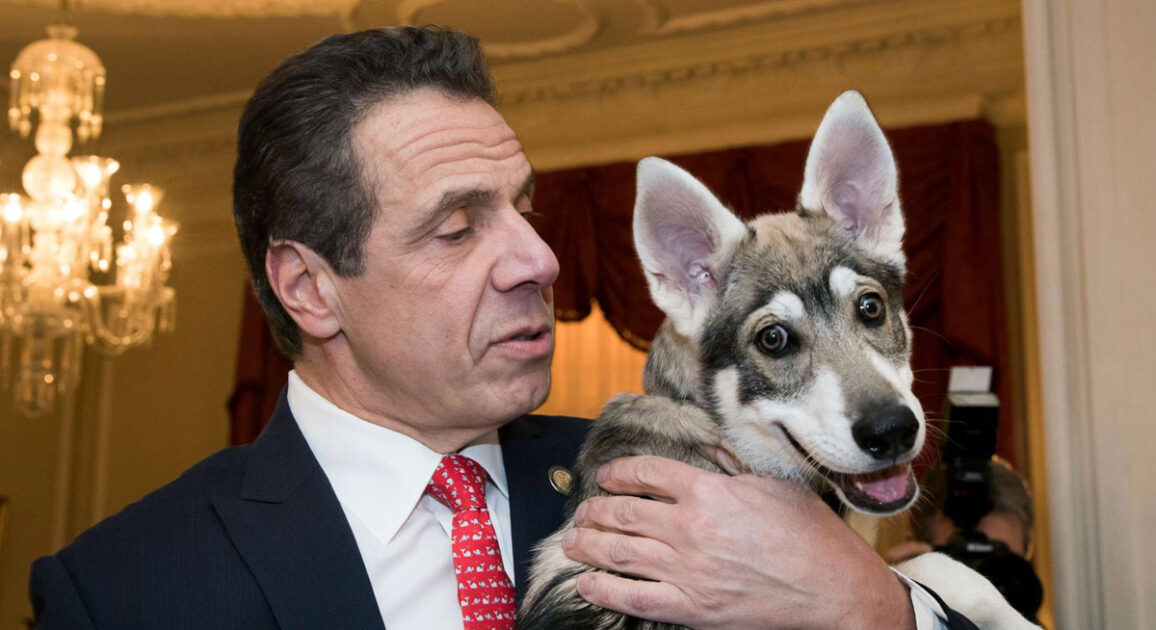 The following article, Andrew Cuomo Abandons His Dog as He Flees the Gov’s Mansion, was first published on Flag And Cross.

New York’s disgraced Governor, Andrew Cuomo, has officially fled the gov’s mansion, and as he did, he cruelly abandoned his puppy, Captain, leaving the poor dog all alone in the palatial home.

Once again, we see that these politicians buying animals is all a ploy. They don’t care about the dogs they buy. They only want them around because political schemers say dogs “humanize” politicians.

That is just what happened with Cuomo. He brought Captain into the gov’s mansion so animal lovers would think he is a great and loving guy.

And it is all a sham — we especially know that since he has been accused of sexual harassment going back decades.

As to poor Captain, the New York Post reported:

As disgraced outgoing Gov. Andrew Cuomo packed his bags and sent his belongings to his sister’s house in his last days in office, he left something very important behind — his dog.

Instead, Cuomo asked staff at his Albany mansion if they want to take care of his dog, Captain, the Albany Times Union reported, citing two state police sources.

The sources also told the publication an Executive Mansion worker recently took Captain home but didn’t want to take care of the canine.

New Yorkers were shocked by the news that this jerk abandoned his dog.

But, come on. Who could really be surprised?

Continue reading: Andrew Cuomo Abandons His Dog as He Flees the Gov’s Mansion ...