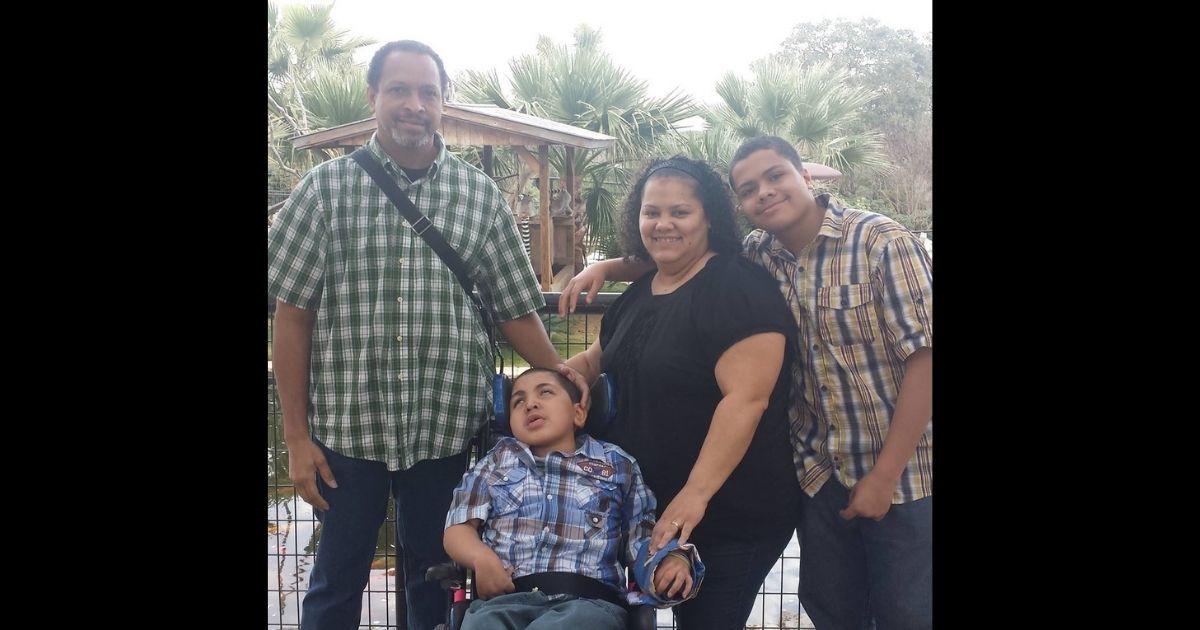 The following article, After Death of 16-Year-Old Son, Family Donates His Medical Equipment to Others Facing Similar Conditions, was first published on Flag And Cross.

When the Pantoja family from San Antonio, Texas, lost their 16-year-old son in 2019, their house was full of reminders of the life he had led. Despite the pain, suffering and hard work the family had gone through to provide the best life for their son, they were able to turn their loss into a beautiful, commemorative gift through their generosity.

Born with moderate hydrocephalus and pulmonary valve stenosis, Dylan faced many obstacles. When he was just 15 months old and suffered pulmonary cardiac arrest, he lost control of all functions, and his mother Itza put aside her dreams of becoming a nurse to provide for her family.

She sold baked goods. She picked up what work she could. The family had to pay for most medical costs and equipment out of pocket, and the bills were steep.

“I also tutored kids in English or, you know, babysat kids while their parents were out just so that we can make ends meet,” Itza told Fox News.

Individual pieces of equipment could cost tens of thousands of dollars, items they “suffered to get so that he could have [a better] quality of life.”

When Dylan died, Itza donated some of his supplies to local families who could benefit from the items, but the Pantoja garage was still packed full of hard-earned equipment that they no longer had need of.

“But then the pandemic hit and nobody wanted to take anything,” Itza said. “And I was like, ‘What do I do with all this?’ You know, I didn’t want to throw it away because that’s like throwing away thousands and thousands.”

So they decided to offer the rest of their supplies to ASI, whose mission is to “provide quality supportive care services and resources to senior citizens and persons with disabilities throughout metropolitan Chicago,” according to their Facebook page.

On May 25, the Pantojas loaded up a moving truck and headed to Chicago, where at least five families eagerly awaited the donation.

When they arrived, Itza formed a special bond with another mom whose son faced similar challenges and would benefit from the Pantoja’s gift.

“We hugged. We cried,” Itza said of herself and the other mom. “We just couldn’t find words. But when we looked at each other, we understood each other.”

On Aug. 3, a news conference was held to cover Dylan’s story and his family’s generous giving.

“The Pantoja family commemorated their son’s wonderful life, who passed in 2019, by donating a garage full of medical equipment to needy families in Chicago, particularly in the Hispanic community,” the Clifford Law Offices shared on Aug. 3. “The photos below are from the press conference that was held on August 3rd.”

“We loved seeing the joy in the faces of the Aguilar family as they received the donation of medical equipment from the Pantoja family,” ASI shared a day after the press conference.

“Dylan would have loved for someone else to get it,” Itza said of the equipment.

While the whole process was difficult, bringing up strong memories and emotions, the family truly honored their son’s story by helping other families continue theirs.