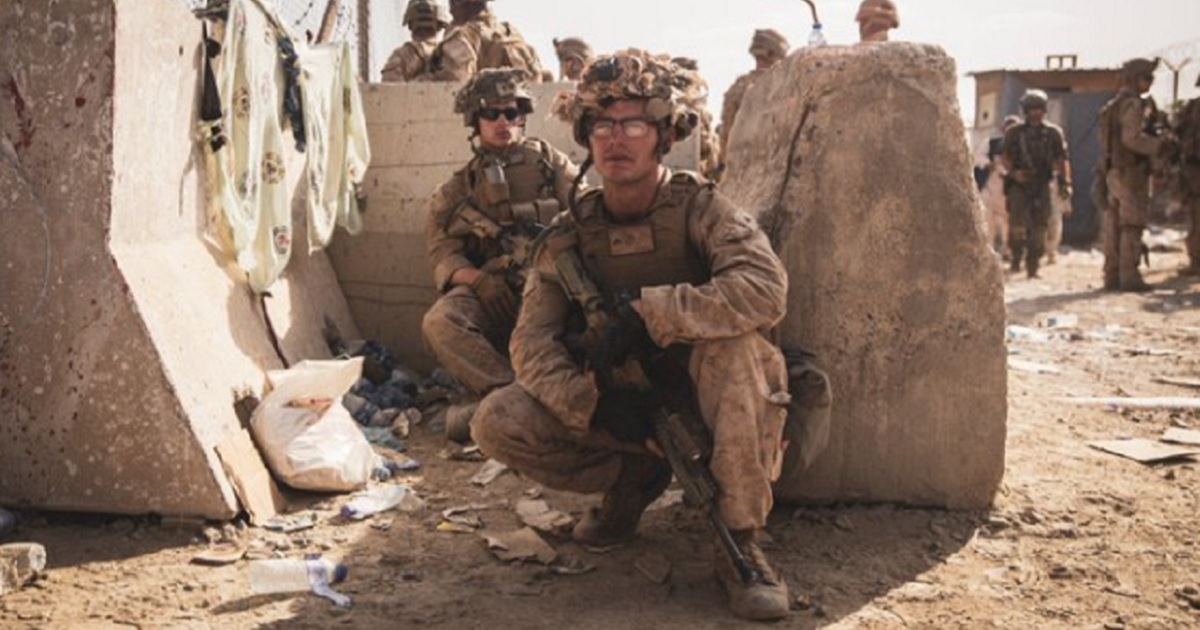 The following article, US Forces Involved in Chaotic Firefight at Kabul Airport, was first published on Flag And Cross.

Chaos is veering toward carnage at Kabul’s airport as gunfire Monday left a member of the Afghan security forces dead and U.S. Marines were drawn into a firefight.

Sniper fire killed one Afghan security force member who was guarding the airport, which is now thronged by an estimated 20,000 people trying to flee Afghanistan, CNN reported.

The identity of the attacker was not known.

Afghan forces returned fire at what they thought was the attacker, but instead fired on Marines, CNN reported.

The Marines opened fire, wounding four Afghans, according to CNN.

The four wounded Afghan soldiers were reported in stable conditions.

No Americans were hurt.

An Italian humanitarian organization that operates hospitals in Afghanistan said six people were treated for bullet wounds, none of which were life-threatening, according to The Assocated Press.

“The U.S. military and NATO did not immediately acknowledge the shooting,” the AP reported. “There was no comment from the Taliban.”

About 20 people have been killed by stampedes and gunshots at the airport.

Sky News reports on the “mayhem” at the Kabul airport: “They’re getting crushed…Medics rushing from the next casualty to the next and the next.”

“Is this a stabilized withdrawal from Afghanistan? It looks like death to me.” pic.twitter.com/vQwsbUP7fn

Seven Afghan civilians died in a stampede on Saturday, according to Britain’s Ministry of Defense.

“Conditions on the ground remain extremely challenging but we are doing everything we can to manage the situation as safely and securely as possible,” a ministry spokesman said.

The best thing you’ll see all week: A US Marine makes the most of a terrible situation by sharing water with children as they wait to gain access to the airport in Kabul.

According to CNN, conditions at the airport remained desperate and are deterioriating.

“I don’t know what they were doing, but there is still local staff struggling at the gates and not even being able to get in,” CNN quoted a source it did not name as saying,  speaking of Afghan citizens who worked for the U.S. and fear for their lives under Taliban rule.

The source reported that due to the confusion, families are being separated.

“They’ve had cases where mom, dad, and children all end up in different countries,” said the source.