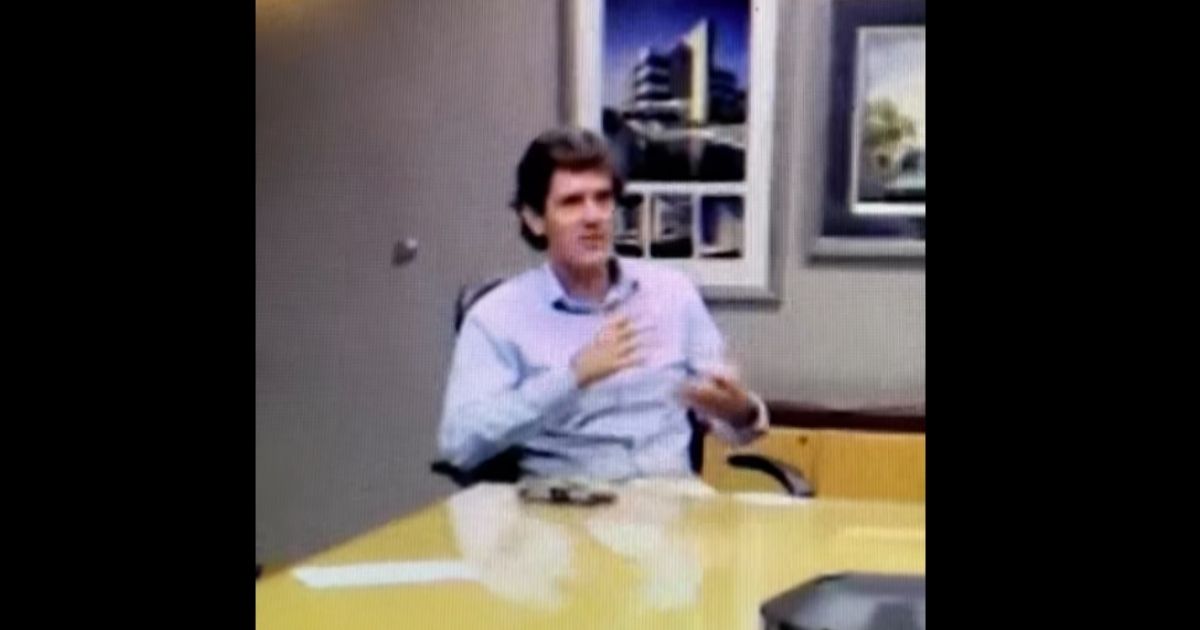 A Mississippi health official who slammed vaccine skeptics as “anti-science Nazis” and “excuse monkeys” is threatening to throw state residents in jail for five years if they don’t self-isolate after contracting the coronavirus. The rule applies even if you’re vaccinated or asymptomatic.

This is the latest example of unelected bureaucrats seizing unprecedented power to bully citizens into obeying their arbitrary edicts.

On Friday, Mississippi State Health Officer Dr. Thomas Dobbs issued an order reading, “All persons, including fully vaccinated individuals, infected with COVID-19 must remain in the home or other appropriate residential location for 10 days from onset of illness (or 10 days from the date of a positive test for those who are asymptomatic).”

The directive continued: “A negative test for COVID-19 is not required to end isolation at the end of 10 days, but you must be fever free for at least 24 hours with improvement of other symptoms. Mississippi K-12 schools are required to exclude all students and faculty diagnosed with COVID-19 from the school setting during the isolation period.”

Dobbs underscored that “failure or refusal to obey” state health officers is a misdemeanor punishable by a $500 fine, a six-month jail sentence or both.

“If a life-threatening disease is involved, failure or refusal to obey the lawful order of a health officer is a felony, punishable by a fine of up to $5,000.00 or imprisonment for up to five years or both,” the notice said.

The mandate contradicts the repeated assurances of Democrats and their media puppets that getting vaccinated was the key to resuming “normal life” again, free of oppressive coronavirus restrictions.

Instead, in his condescending, threatening order, Dobbs told Mississippi residents what they’re allowed to do in their own homes.

“Persons infected with COVID-19 should limit exposure to household contacts,” the mandate read.

“No visitors should be allowed in the home.”

The state health officer barked out his unscientific guidelines, even though research suggests that neither social distancing nor mask-wearing is effective at combating the coronavirus.

Mounting evidence also shows that vaccines do not protect you from getting infected, nor do they keep you from spreading the virus.

Again, this contradicts what we were repeatedly told just weeks ago.

Israel, (78% vaccinated aged 12+) which has led the world in launching vaccinations and in data gathering, is confronting a surge of COVID-19 cases that officials expect to push hospitals to the brink. Nearly 60% of gravely ill patients are fully vaccinated. pic.twitter.com/PjFBYgXMwe

A study from the CDC found that 346 of the 469, or 74%, of COVID infections that happened during large summer gatherings between July 3–17 in Provincetown occurred in fully vaccinated people. No deaths were reported in these breakthrough cases. https://t.co/QFzOgwcQJi

Dobbs’ harsh stance isn’t surprising given that he has smeared vaccine skeptics as “anti-science Nazis” and “excuse monkeys.”

The bureaucrat made the shocking, unprofessional remarks last month during a Facebook Live roundtable with the Mississippi State Medical Association on July 16.

During the discussion, Dobbs became enraged when he was asked why vaccinated people have been contracting COVID-19. He angrily claimed that vaccine skeptics will use that as an excuse to justify their hesitation about getting the experimental injections, according to WLBT-TV.

“You know, the anti-science Nazis on social media try to find anything to make an excuse, right? Excuse monkeys,” Dobbs ranted.

“Just saying, ‘Oh, it was this!’ And every time you give them data that undermines it, they find another thing. It’s like a twisty-turney thing, you know?”

“This is unprofessional and totally uncalled for,” Hopkins wrote on Facebook. “This is the United States not China! People are free to speak their mind and make their own health care choices.”

Dobbs should be careful the next time he drops a hateful rant denouncing vaccine skeptics as “Nazis” and “monkeys,” since black Americans have among the lowest vaccination rates in the United States.

If a right-leaning bureaucrat had made these inflammatory comments, there’s little doubt that left-wing race-hustlers would’ve immediately attacked him as racist.

Black folks have the LOWEST COVID vaccination rate of any racial/ethnic group in the country. Not for a booster dose, for the FIRST dose.

As a nation, a TOP priority has to be to protect those who don’t have a single dose, not the general public who may want/need a 3rd. (1/x) pic.twitter.com/Bjoopmv5gu

One of the many false narratives being pushed by Democrats and their media lapdogs is that “uneducated white Trump supporters” are the most reluctant to get vaccinated.

In reality, many Americans of all races — and of all political persuasions — have legitimate concerns about an experimental vaccine that has not withstood long-term scientific scrutiny.