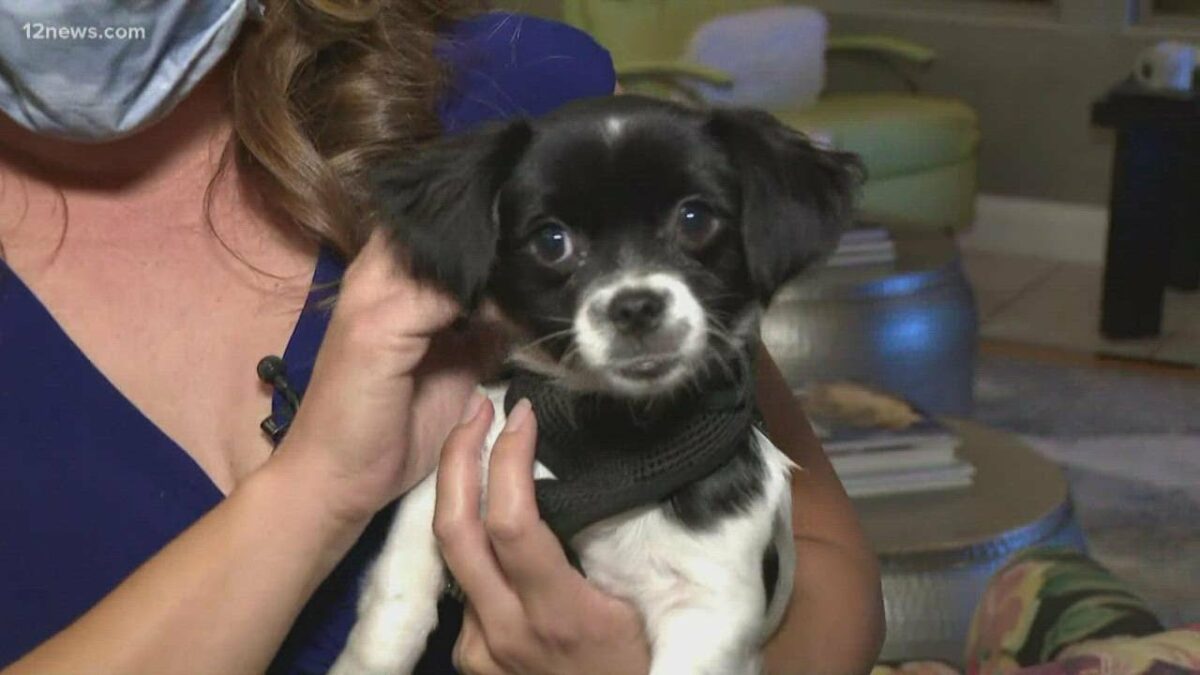 If you’ve spent any time in Arizona, you’ve no doubt been introduced to the wide array of Plants That Will Hurt You. Ranking pretty close to the top and widely considered a terrible nuisance is the cholla cactus.

The “jumping” cholla is so named because it takes the slightest brush for a spine-studded segment of the plant to “jump” off and embed itself in a passerby — a painful fact that a 5-month-old Chihuahua found out in July.

On July 22, the small, black-and-white puppy was found in Surprise, Arizona, covered in cactus spines. The pint-sized pup even had spines inside his ears and mouth, and it took the vets at the Arizona Humane Society to painstakingly remove all the needles from his five-pound body.

Thankfully the Chihuahua — aptly named “Cholla Charlie” — was found in time, and was able to make a full recovery, but it still took vigilance on the part of his foster family to ensure there were no needles left behind.

“After a few days of observation to ensure he had no other ailments, he headed to an AHS Foster Hero home for continued care to ensure no spines were missed, as they can cause an infection if left in the skin,” a post from the Arizona Humane Society shared on Tuesday.

“Now that he is medically cleared, Cholla Charlie will be up for adoption very soon! Keep an eye out for his profile at www.azhumane.org/adopt and schedule an appointment to adopt!”

Of course, being as adorable as he was and having as heartstring-tugging a story as he did, there were plenty of people eager to welcome him into their homes and hearts when he was available for adoption in mid-August.

On Wednesday, Charlie made his debut at an adoption event held at the Scottsdale PetSmart, and according to KSAZ-TV, nearly 40 people were interested in adopting him.

But only one family would end up with the dog, and that turned out to be a couple, Liz and Larry, who’d recently lost their 14-year-old dog named Lucy.

“I always felt that Lucy had sent this [puppy] to us,” they said.

According to an interview with KPNX-TV,  Larry said it was love at first sight and said he passed a dozen other people also waiting to see the puppy — but thanks to an appointment set up by the couple’s son-in-law, they were able to take Charlie home.

While many people were interested in this particular pup, the AHS hopes those who were not able to adopt Charlie will browse the selection of adoptables still waiting for their forever homes.

Those who have become fans of Charlie can continue to get their adorable puppy fix, as he now has his own Instagram account.