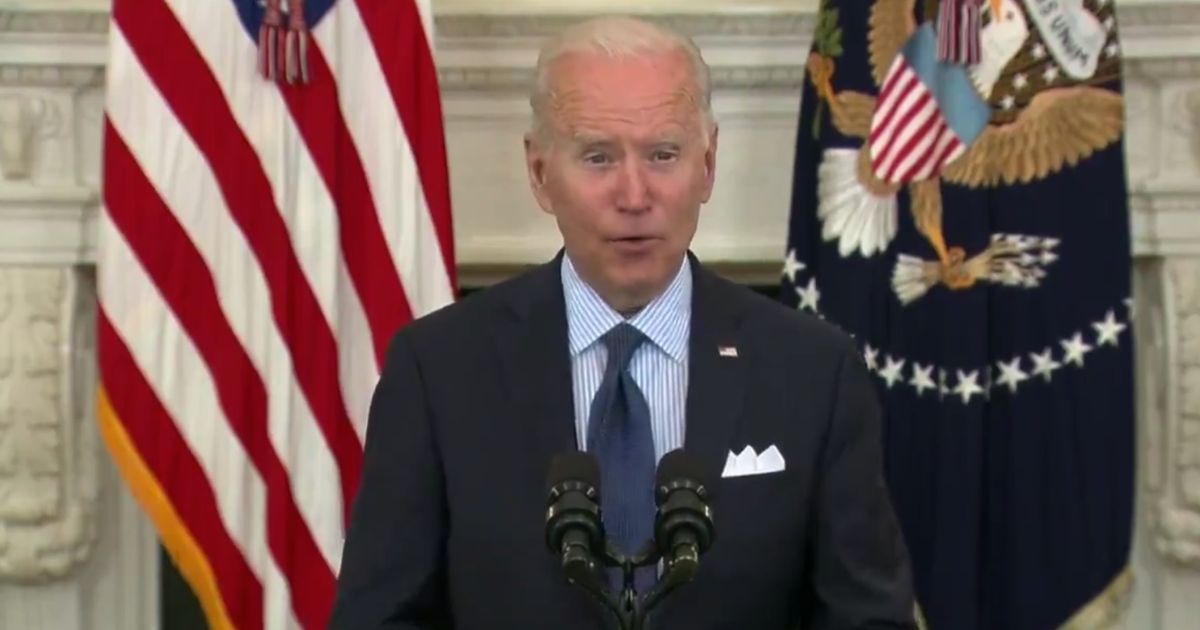 The following article, Pentagon Shoots Down Biden’s Claim that Terror Group al Qaeda is Gone from Afghanistan, was first published on Flag And Cross.

The Pentagon shot down Joe Biden’s claim that he and Obama had eliminated Islamist terror group al Qaeda in Afghanistan.

Time and again Joe Biden has boasted that he destroyed al Qaeda, the group responsible for the terror attacks in Sept. 11, 2001. Only days ago, he claimed that al Qaeda was “gone” from Afghanistan.

But even CNN had to fact check Biden and say he lied because the Pentagon confirmed that al Qaeda still has a presence in the Asian country.

Defending the withdrawal of US troops from Afghanistan, President Joe Biden said at the White House on Friday: “Look, let’s put this thing in perspective. What interest do we have in Afghanistan at this point, with al Qaeda gone? We went to Afghanistan for the express purpose of getting rid of al Qaeda in Afghanistan as well as — as well as — getting Osama bin Laden. And we did.”

So, did he and Obama destroy al Qaeda?

Colin Clarke, senior research fellow at the Soufan Center, a nonprofit that studies global security issues, said Biden’s comment was so “patently false” that he wondered if it was an accidental slip of the tongue. Clarke said there is no actual debate about whether al Qaeda is still in Afghanistan, though there is debate about how many members are there.

A US inspector general report to Congress, publicly released this week, said that for the period starting in April 2021 and concluding at the end of June, the Defense Intelligence Agency found that “as in previous quarters, al-Qaeda provided nominal military training and support to the Taliban without directly claiming credit for attacks, and the Taliban continued to provide safe haven for al-Qaeda fighters despite publicly denying the terrorist group’s presence in Afghanistan.”

In other words, al Qaeda is still in Afghanistan and is not destroyed. And now, with the Taliban in control of Afghanistan, al Qaeda has the perfect opportunity to start over. And Biden has just given them this opportunity.