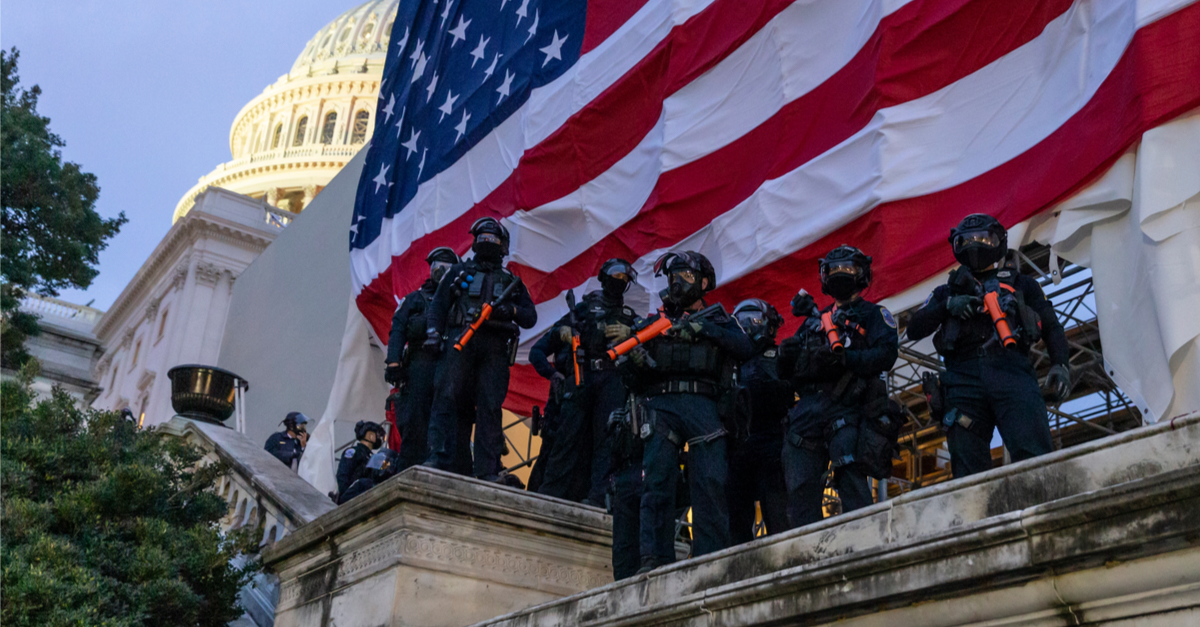 The following article, Officer Who Shot Ashli Babitt Cleared, Will Not Face Charges, was first published on Flag And Cross.

On January 6th, 2021, Americans were faced with an inordinate amount of frankly frightening images from the US Capitol.

Mobs of angry citizens were clashing with police, often violently, in their attempts to storm the building and disrupt the certification of the electoral college vote.  Many believed that the election was stolen from then-President Donald Trump, and they were furious that VP Mike Pence was going to preside over this procedural formality.

Then, as the rioters drew ever nearer to the inner sanctum of the building, a single shot rang out.

A Capitol Police Officer had shot and killed Ashli Babbitt as she attempted to climb through a broken window, into a restricted area of the Capitol.

That officer was fully exonerated on Monday.

The U.S. Capitol Police found the fatal shooting of Ashli Babbitt during the Jan. 6 riot was lawful, and the officer, whose name will remain concealed, will not be disciplined over the deadly use of force.

Babbitt, a 35-year-old California woman and U.S. Air Force veteran, was shot by a U.S. Capitol Police officer in the Speaker’s Lobby on Jan. 6. Eight months later, the U.S. Capitol Police concluded its internal investigation into the deadly use of force after interviewing multiple witnesses and reviewing all the available evidence, including video and radio calls. At the time of the shooting, the probe found, officers “had barricaded the Speaker’s Lobby with furniture before a rioter shattered the glass door.”

At the heart of the matter was the area that Babbitt was attempting to access.

“If the doors were breached, the rioters would have immediate access to the House Chambers,” the U.S. Capitol Police said in a statement Monday. “The actions of the officer in this case potentially saved Members and staff from serious injury and possible death from a large crowd of rioters who forced their way into the U.S. Capitol and to the House Chamber where Members and staff were steps away.”

The news isn’t likely to go over well with some within the MAGA Movement, who’ve long portrayed Ashli Babbit as a martyr of sorts.