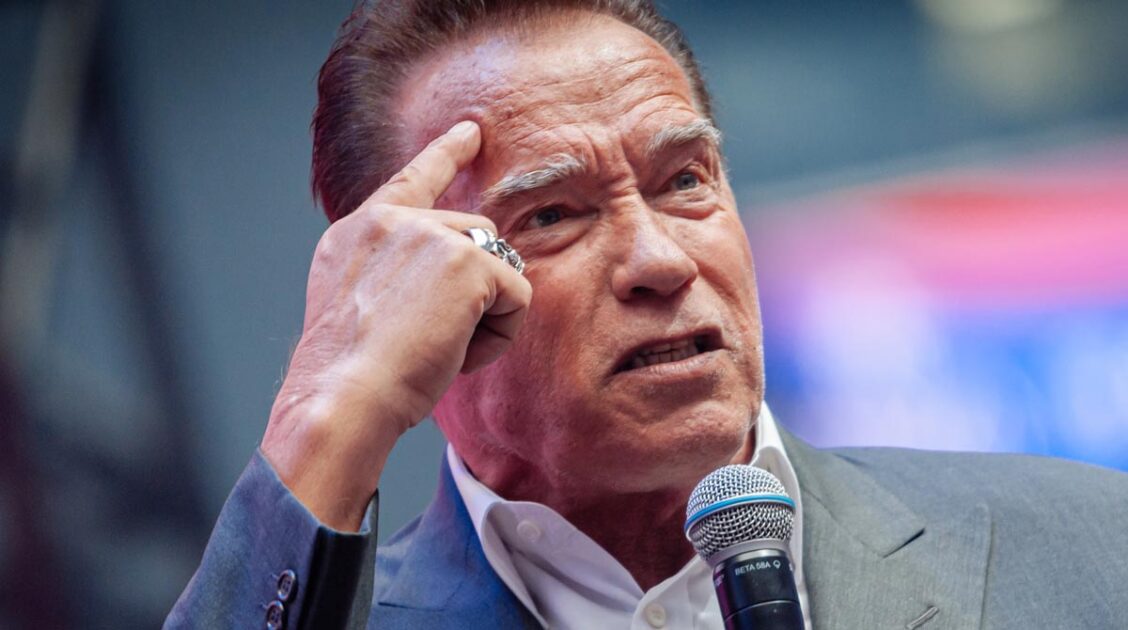 The following article, Nutritional Supplement Co. Fires Arnold Schwarzenegger as Spokesman after He Said ‘Screw Your Freedoms’, was first published on Flag And Cross.

Nutritional Supplement Co. REDCON1 has fired Arnold Schwarzenegger as a spokesman after the tough guy actor said “screw your freedoms” in a recent interview.

Last week, the aging action star appeared on CNN to talk about how much he hated people who won’t wear a useless mask as a preventative for the coronavirus. He called non-mask wearers “schmucks,” and said that no one should have the freedom not to wear one.

“You have the freedom to wear no mask, but you know something? You’re a schmuck for not wearing a mask,” Arnold said.

“Screw your freedom,” Schwarzenegger said before going so far as to liken mask mandates to traffic laws. “You cannot say, ‘No one is going to tell me that I’m going to stop here, that I have to stop at this traffic light here. I’m going to go right through it.’ Then you kill someone else, and then it is your doing.”

After all that hate for American’s freedom, REDCON1 said it was done with the Terminator, and dumped him as a spokesman for the company, they said in a statement.

“With such prodigious influence Arnold beholds, making the public declaration, ‘screw your freedoms’, is dangerous and anti-America. REDCON1 is a patriotic pro-freedom brand and community. We support everyone’s individual freedoms,” the company said last week.

“We’ve spent hundreds of thousands of dollars being a top sponsor of the event, and this year the exclusive sponsor of the webcast, but we can’t in good conscience continue to support & be involved with someone who has such diametrically opposed beliefs,” the statement continued.

“With that, we take a hard stance for the rights and freedoms of all Americans, regardless of political affiliation or personal beliefs,” the statement added. “REDCON1 is rooted in the uncompromising unapologetic belief that you are entitled to your opinion and should not be insulted or persecuted for having a varying view. ”

“We choose you and your rights over and above an organization led by Arnold, who isn’t aligned with American views,” the statement said.

Arnold IS Austrian, after all – as were a certain German dictator and almost 100% of the SS.