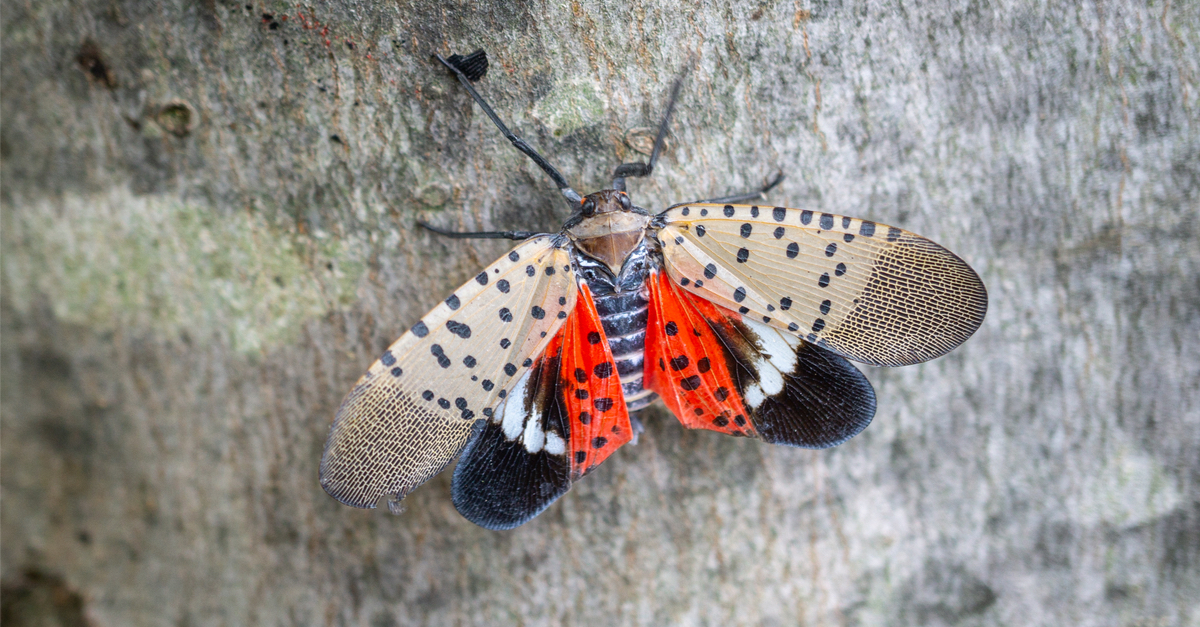 The following article, Americans Asked to Destroy New Invasive Species from China, was first published on Flag And Cross.

While it’s not something that your average citizen concerns themselves with on a day-to-day basis, there are plenty of reasons to be concerned about the threat of invasive species here in the United States.

In the south, you may hear wicked tales of a creeping vine known as Kudzu that has been frustrating farmers, homeowners, and public works teams for decades.   Or, in Florida, you may find yourself dealing with an infection of boa constrictors or iguanas, slithering and slinking around, taking top spot in an ecosystem not built for them.

Now, authorities in the northeast are asking Americans to keep an eye out for a small pest that could create a big problem.

The spotted lanternfly has been seen in New Jersey, New York, Pennsylvania and Indiana.

The winged pest, also known as Lycorma delicatula, is native to China.

It was first detected in Pennsylvania in 2014 but appeared to have already been present for two to three years prior, according to the USDA National Invasive Species Information Center.

It has also been found in Delaware, Maryland, Connecticut and Virginia, according to the New York State Department of Environmental Conservation (DEC).

The insect feeds on agricultural crops like grapes, apples and hops as well as maple, walnut and willow trees.

The Empire State says its presence could impact forests – making plants vulnerable to disease –  and the agricultural and tourism industries.

New York’s annual yield of apples and grapes – a combined value of $358.4 million – could be “greatly impacted” by infestations, the DEC said.

And there is nothing particularly difficult about eradicating the species:

“Kill it! Squash it, smash it…just get rid of it,” the Pennsylvania Department of Agriculture instructed.