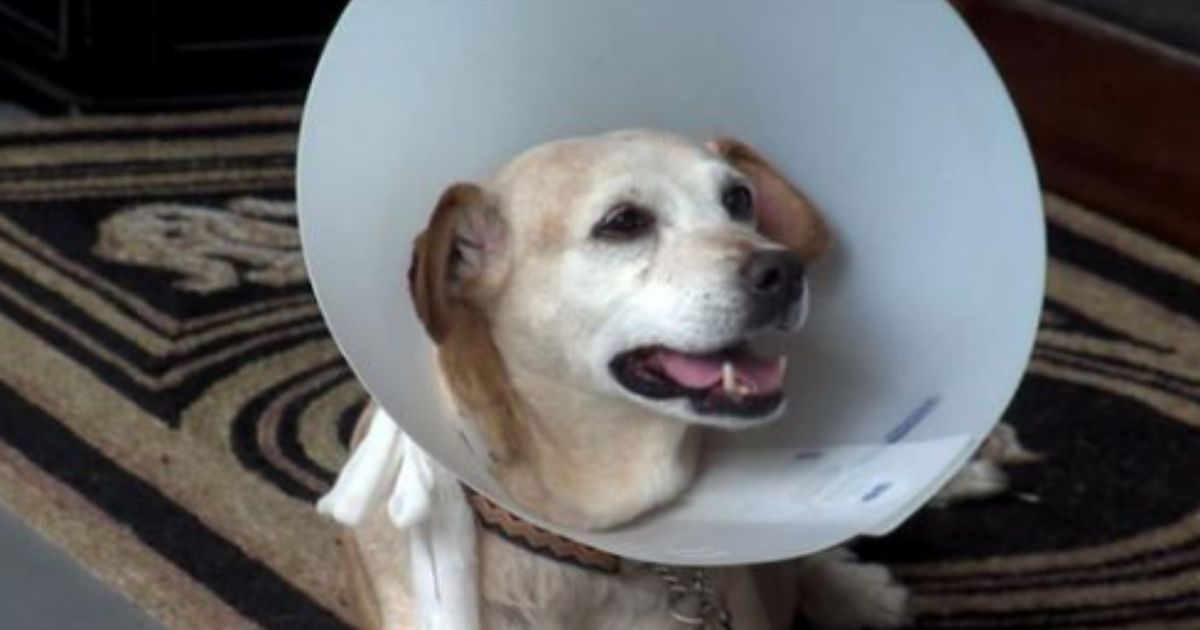 The following article, South Carolina Man Wrenches Dog Out of Alligator's Death Grip, Then Runs for His Life, was first published on Flag And Cross.

Alligators and dogs are a bad combination. Time and again, when the two creatures meet, the dogs are not the victors.

Many dog owners who live in large-reptile-infested areas know this, and there are quite a few stories of people fighting off the giant water lizards to protect their precious pets.

One man in Mount Pleasant, South Carolina, can add his name to that list after a walk that took place on Aug. 11.

Bruce Savage walks every morning with his dog Hanna, a terrier or terrier cross without a tail — but she wasn’t always tailless. On that Wednesday morning, Savage took his pup out for a walk as usual.

So when his dog suddenly disappeared into the lake and he heard a “whoosh,” it didn’t take long to figure out what happened. Savage said the end of the leash went into the water and disappeared.

“Literally, my whole system shut down,” he said. “My ears shut down. I couldn’t hear anything, except for myself screaming my dog’s name. I was in the wrong place at the wrong time.”

The alligator spotted the easy meal and chomped down on Hanna’s backside, biting off her tail and cutting up her back end. Savage fought back, pulling the leash, and managed to wrest away his newly tailless dog.

Then he booked it.

A gator removal company searched the area afterward, but could not find the alligator. David Lucas, the Regional Public Information Coordinator for the Department of National Resources, said most alligator attacks take place in early spring and summer, but the overall number of reports has been going up.

“I think it basically boils down to our population is increasing, and development within alligator habitat in the coastal plain of South Carolina is increasing,” he said.

Hindsight is 20/20, and Savage has come to realize why walks by the pond with the pup might not be such a great idea. Many have since pointed out that the signs around the lake state no swimming, boating or dogs are allowed — probably for reasons like this.

Retractable leashes can also be hazardous because they allow dogs to wander out of sight and they give you limited control over your dog.

Both dog and owner are blessed to have come away as unscathed as they did. Now that Savage has seen an alligator in action, he’s concerned that the alligator might go after kids, too, and will be extra vigilant in the future.

“I just don’t think it’s smart to walk along there, and I don’t think Hanna will ever go near the water again,” Savage said. “You have to have a healthy respect for wildlife. I mean, some wildlife is more dangerous than others.”